'The Cave' vs. 'American Factory' — Oscar nominees and other documentaries at the Emmy Awards 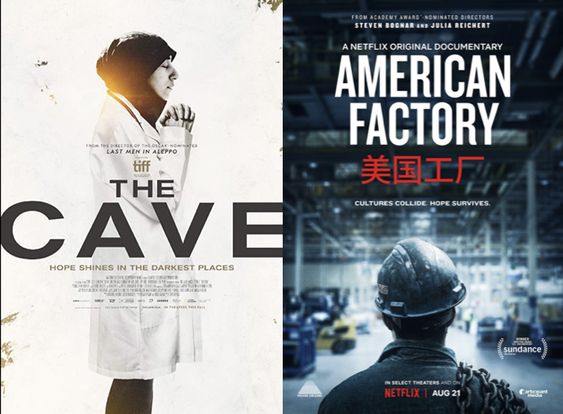 Happy Sunday, which means it's time for the Sunday entertainment feature. As I plan on doing through October, the subject will be the Emmy Awards. Today, I'm writing this year's version of 'RBG' vs. 'Free Solo' and other Oscar nominees at the Creative Arts Emmy Awards, examining the documentary films and specials nominated at the 72nd Primetime Creative Arts Emmy Awards. Five documentaries I've blogged about before earned nominations, including Critics' Choice and Golden Coffee Cup winner "Apollo 11" with five, Oscar nominee "The Cave" with four, Oscar winner "American Factory" with three, and Critics' Choice nominee "One Child Nation" and BAFTA nominee "The Great Hack," both with one each.

I would have loved for all five to be the nominees in the first category, but only two of them made the cut. 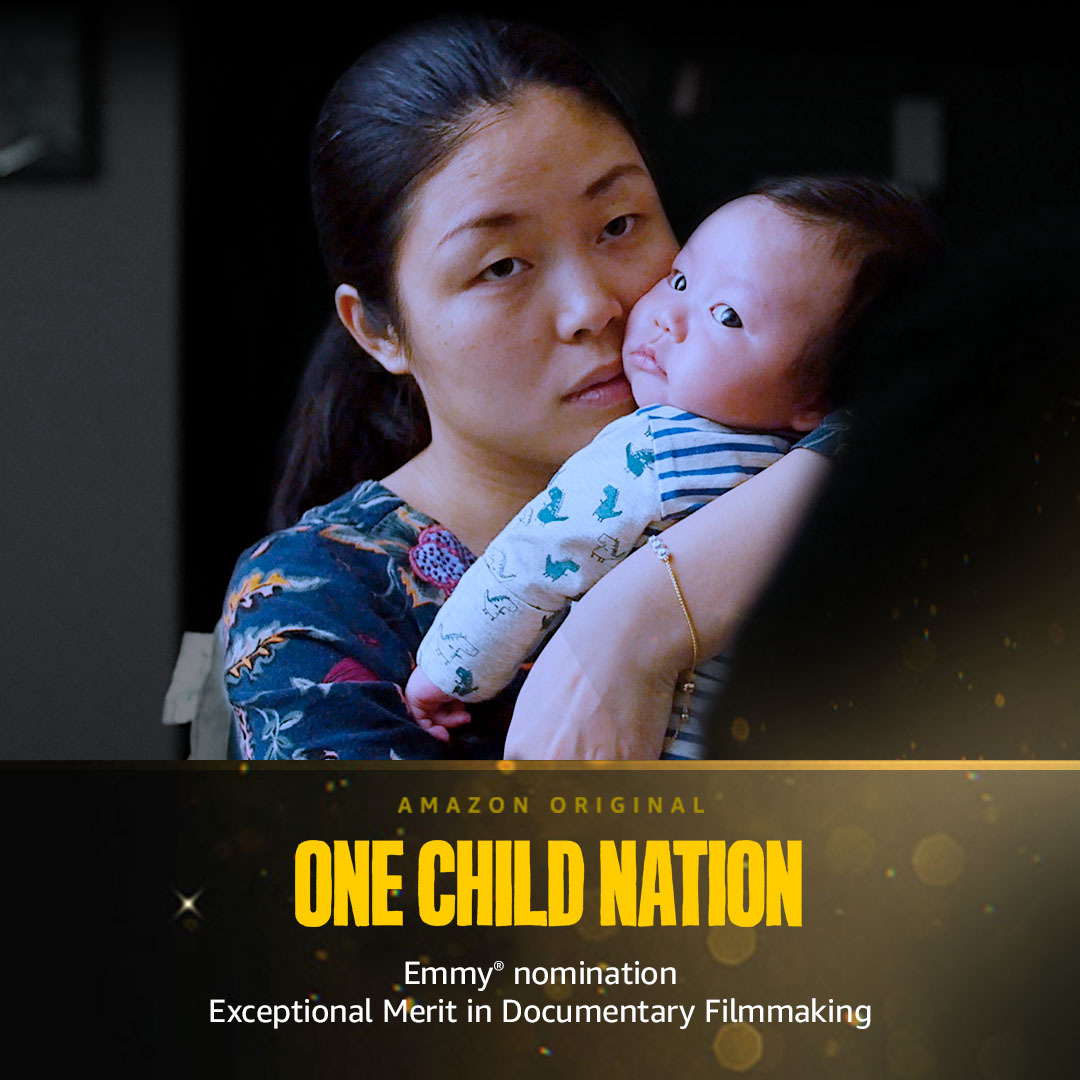 If I handicapped this category purely on the number of nominations, I'd pick "The Cave" with its four nominations while all the others only have one. In addition, it's the only Oscar nominee in the category. However, electorates matter and the Emmy electorate is not the Oscar electorate. "Icarus" won the Academy Award but did not win any of its categories at the Emmys two years ago and Oscar winner "American Factory" did not even earn a nomination in this category. As for the film that could upset "The Cave," I'd pick "One Child Nation," which was the most nominated documentary at the Critics' Choice Awards, even though it didn't win a single category. After all, I did write "I think it will have better luck at the Emmy Awards next year." This is its one chance to prove me right. 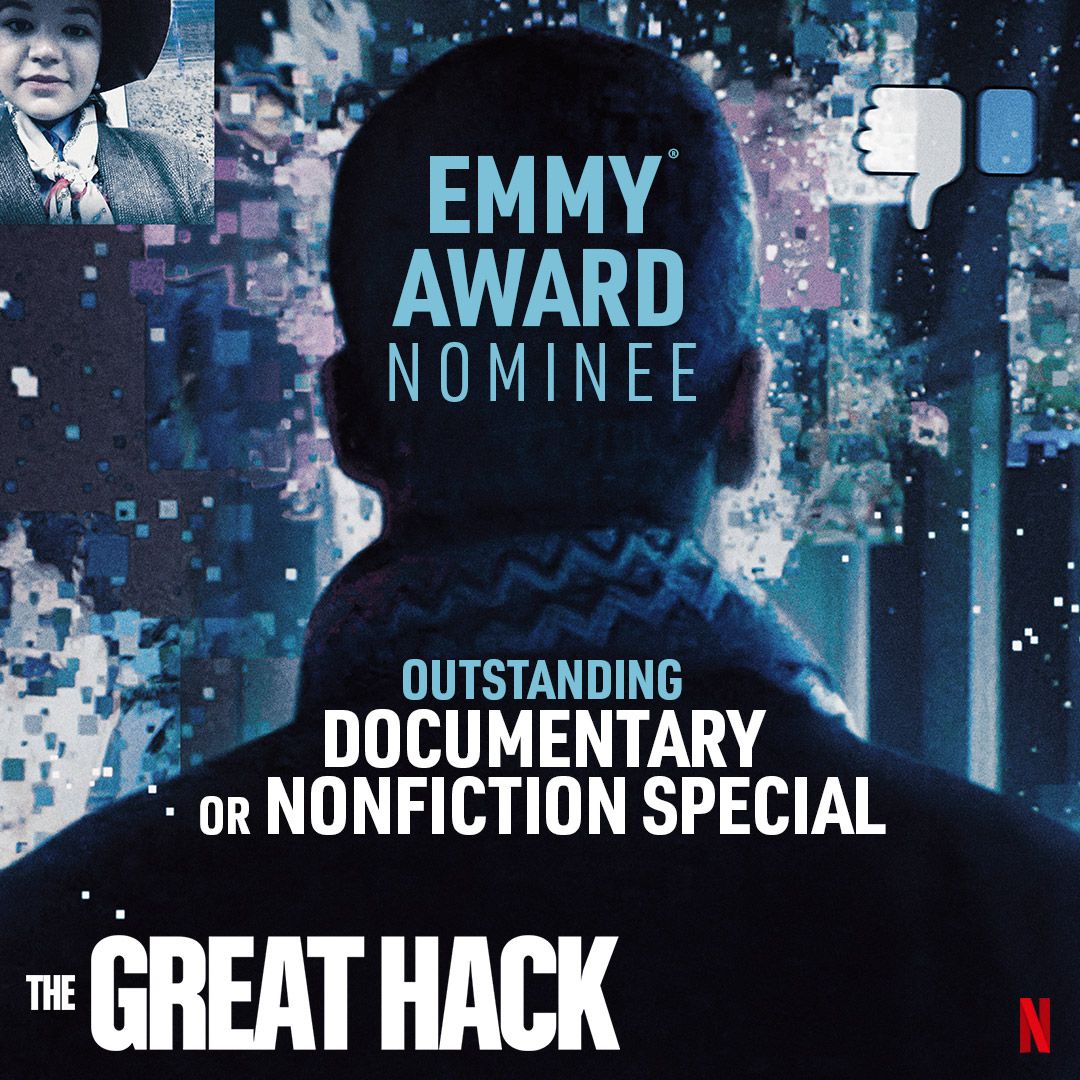 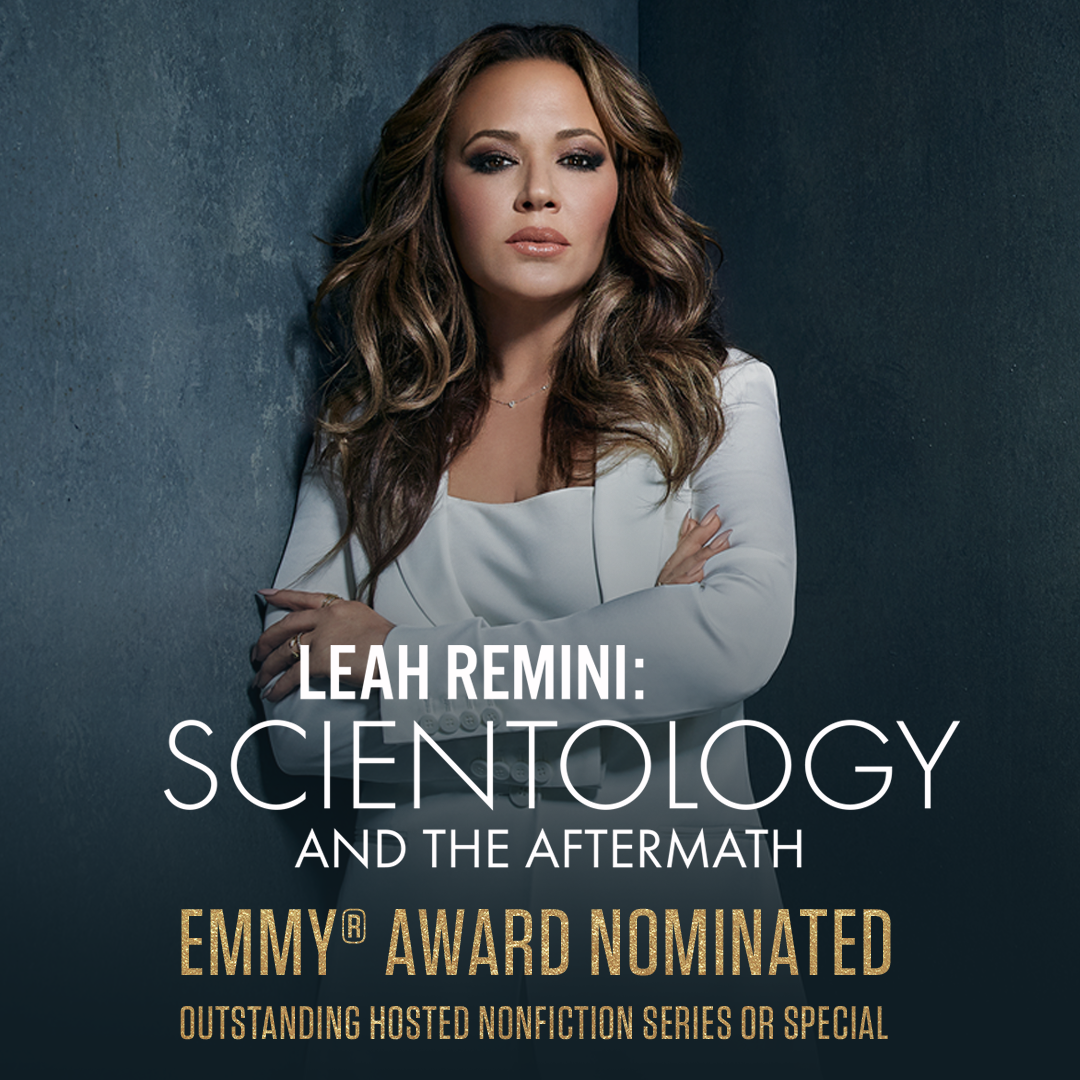 This is the category "Anthony Bourdain: Parts Unknown" dominated for six years and his absence is palpable. As I wrote last year, "Anthony Bourdain was a great writer right up until the end. I will miss him." So does this category. With his show over, there are no multiple nominees here, so I can't use that criterion to handicap the competition. Instead, I will resort to previous wins and nominations. According to that method, "Leah Remini: Scientology and the Aftermath" is the clear favorite, as it has won before and has been nominated every year since. The next best bet would be "Vice," which tied "Parts Unknown" six years ago and has been a multiple, if not consecutive, nominee since. The dark horse would be "Comedians in Cars Getting Coffee," which was nominated last year. I'm still going with "Leah Remini: Scientology and the Aftermath," as it's a story about Hollywood, which Hollywood loves. 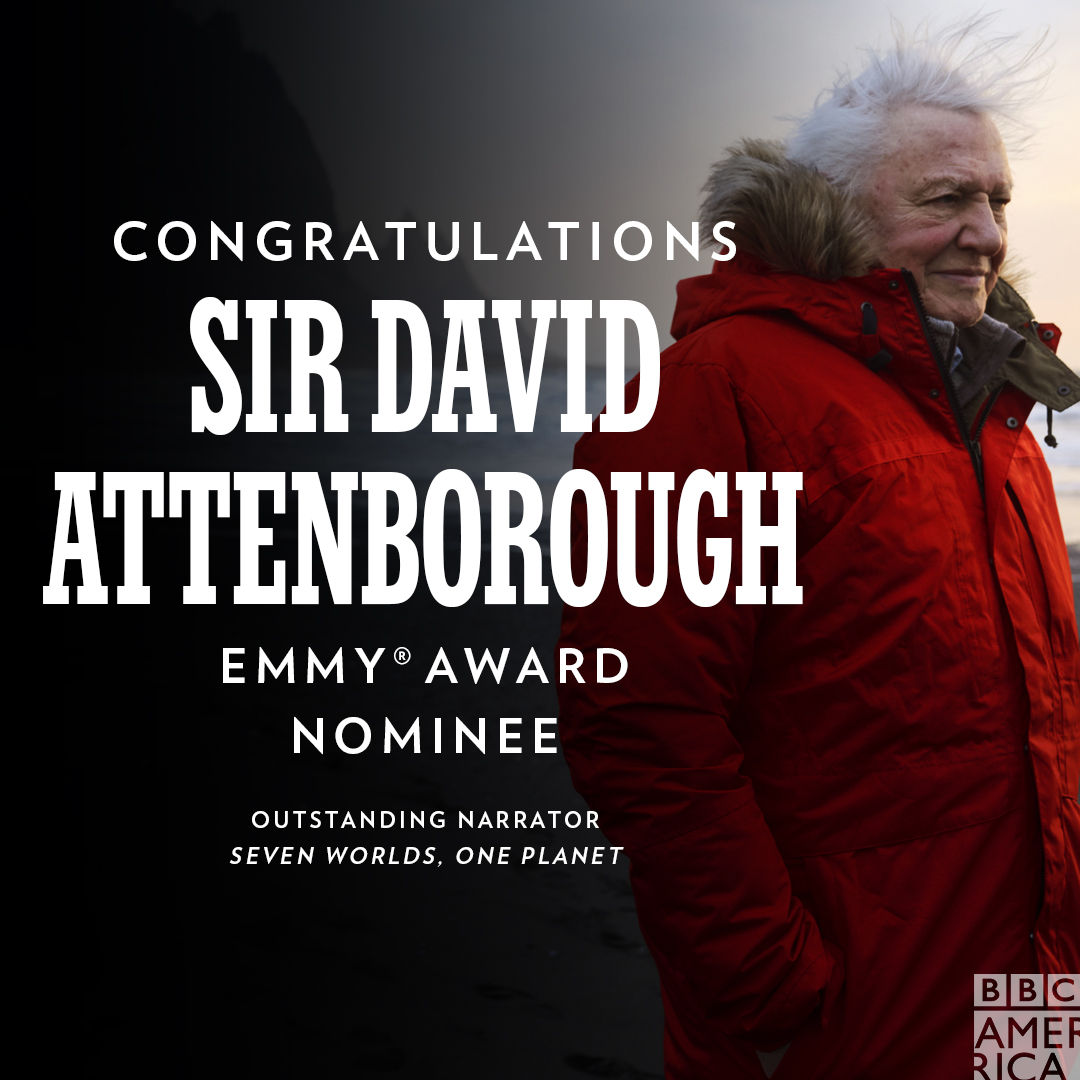 What a list of all-star talent! Lupita Nyong'o is an Oscar winner, Angela Bassett is an Oscar nominee and Golden Globes winner, Chiwetel Ejiofor is an Oscar nominee, and David Attenborough is two-time returning winner. On that basis, I'd say Sir David is the nominal favorite, although he's up against stiff competition. The nominee I'd look out for is Nyong'o because "Serengeti" is the only series with two nominations.

That reminds me that I'm used to seeing a lot of nature documentaries nominated at the Emmys, but that's not the case this year. I suspect that's because "Tiger King" sucked up all the oxygen that would normally go to shows about wild animals. 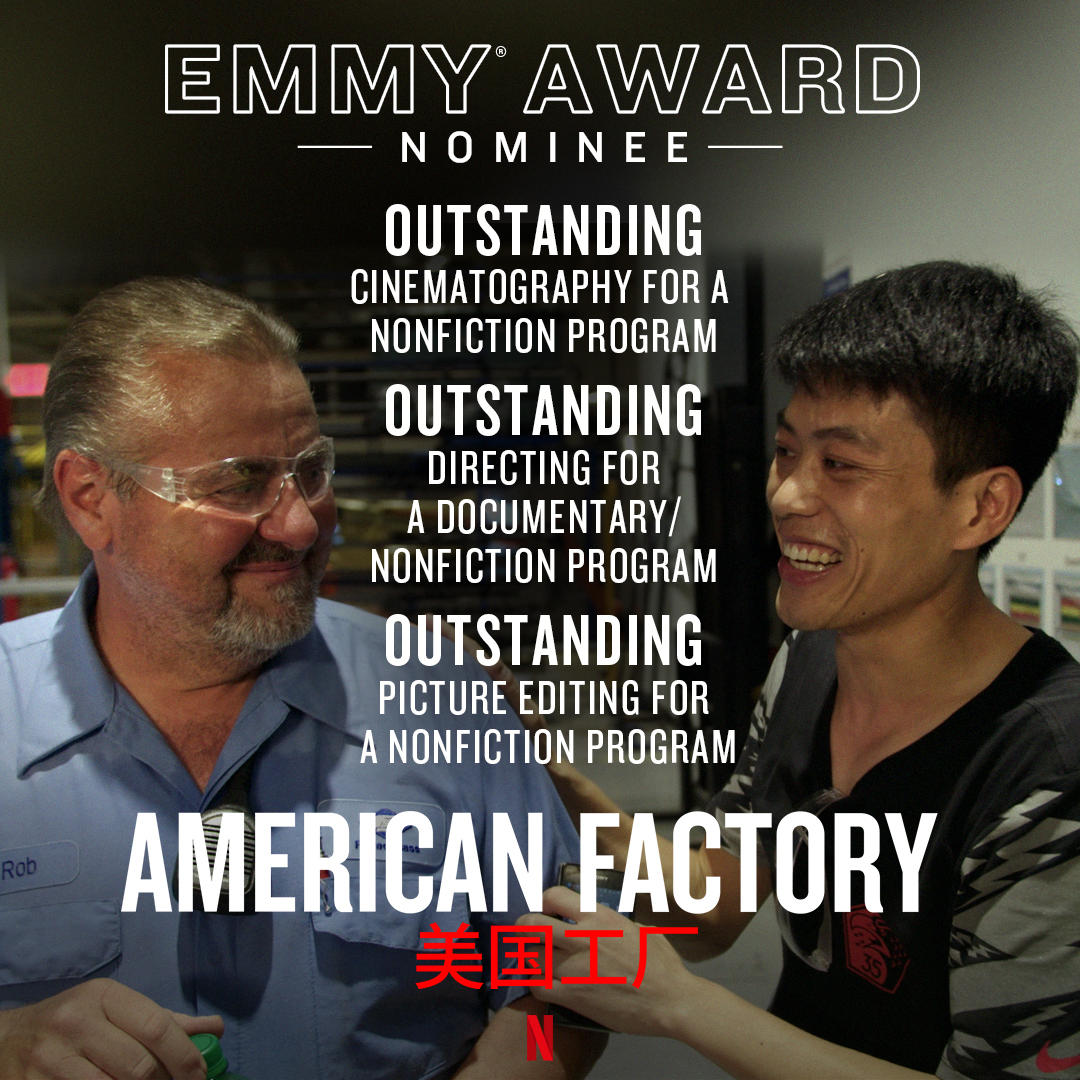 This is one of two categories that have three of the top documentaries, four if one counts "Becoming," competing against each other, so the competition is stiff. On the basis of number of nominations, I'd pick "Apollo 11," but it's up against "The Cave" and "American Factory," which are shot by professionals, while Buzz Aldrin and Michael Collins, while legendary astronauts and American heroes, are essentially amateur cameramen. The Emmy electorate might prefer the professionals, which give nature documentaries "Sea of Shadows" and "Serengeti" a chance. 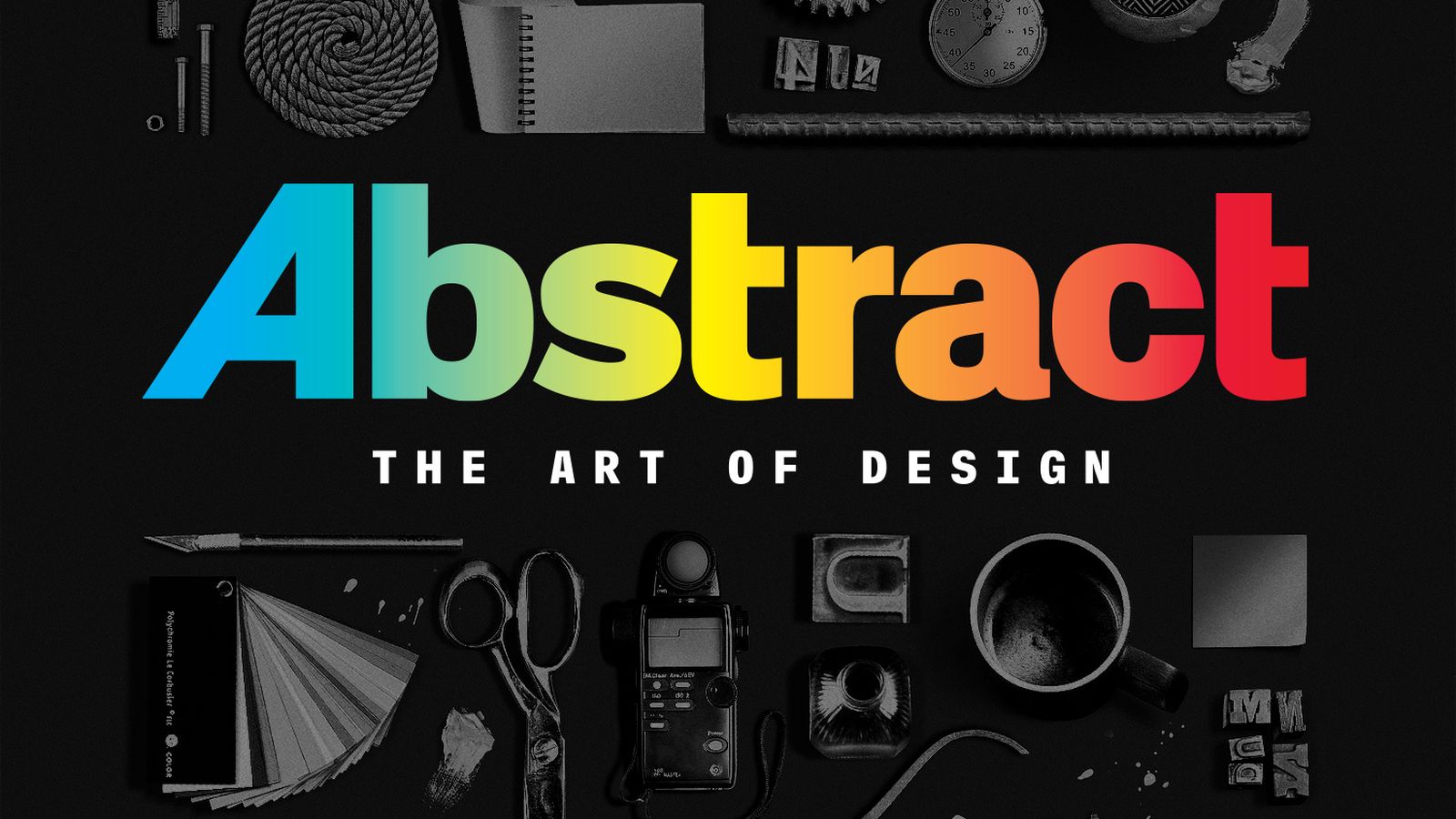 "Abstract: The Art of Design" is the one documentary nominated in this category. I'll have more to say about its chances when I see the rest of the nominees — before I wrote this I'd only seen "Carnival Row," "Watchmen," and "Westworld" — but I'll embed its video below.

Follow over the jump for the nominees I covered in 'Tiger King' vs. 'McMillion$' — big cats and true crime at the Emmy Awards for World Lion Day. 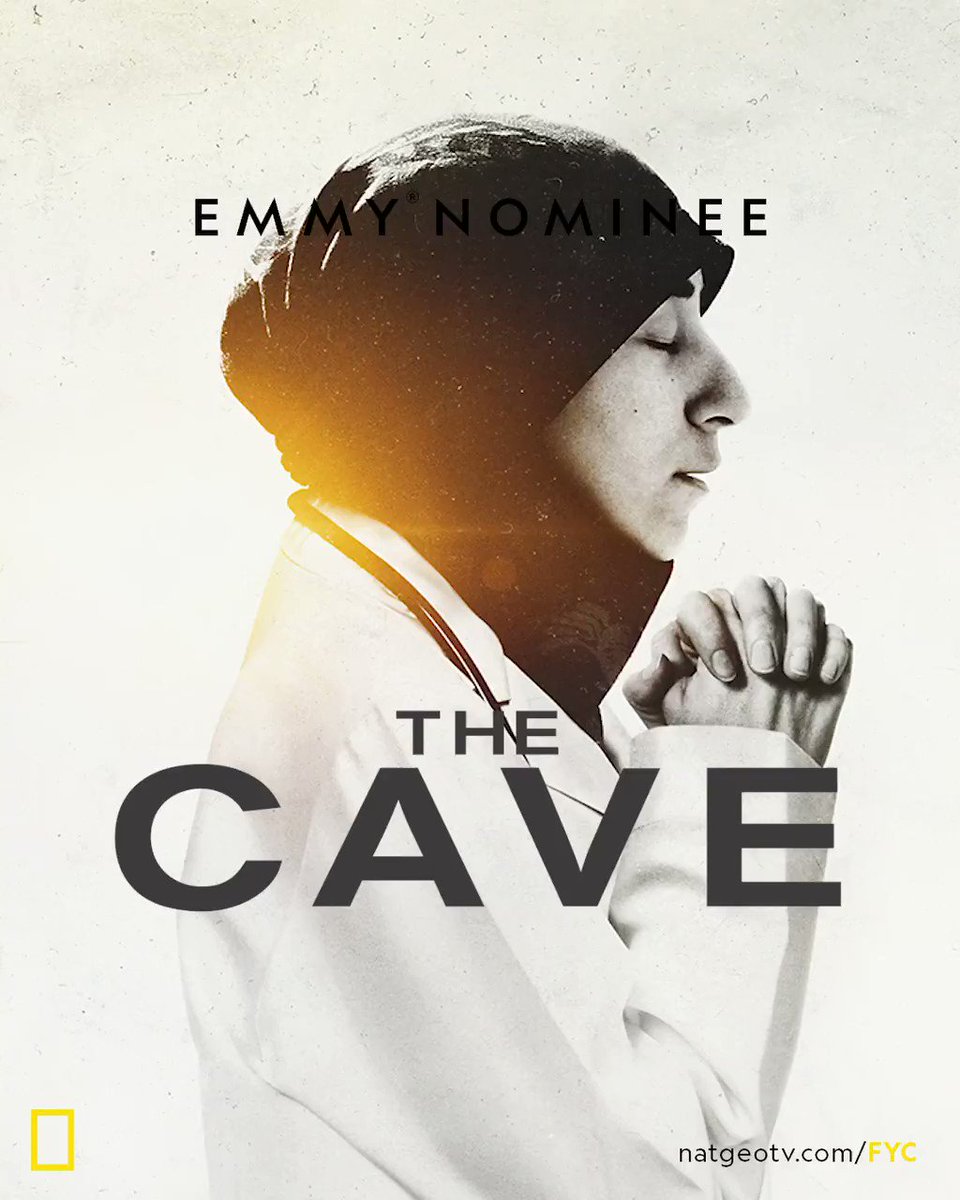 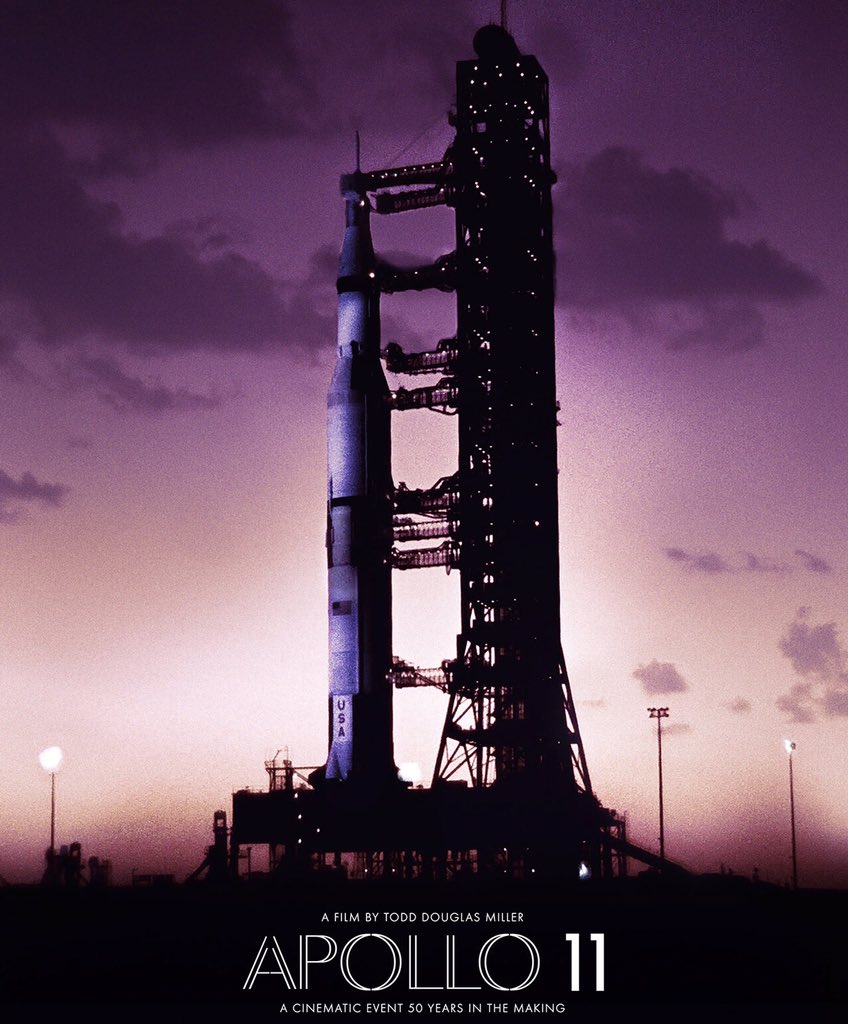 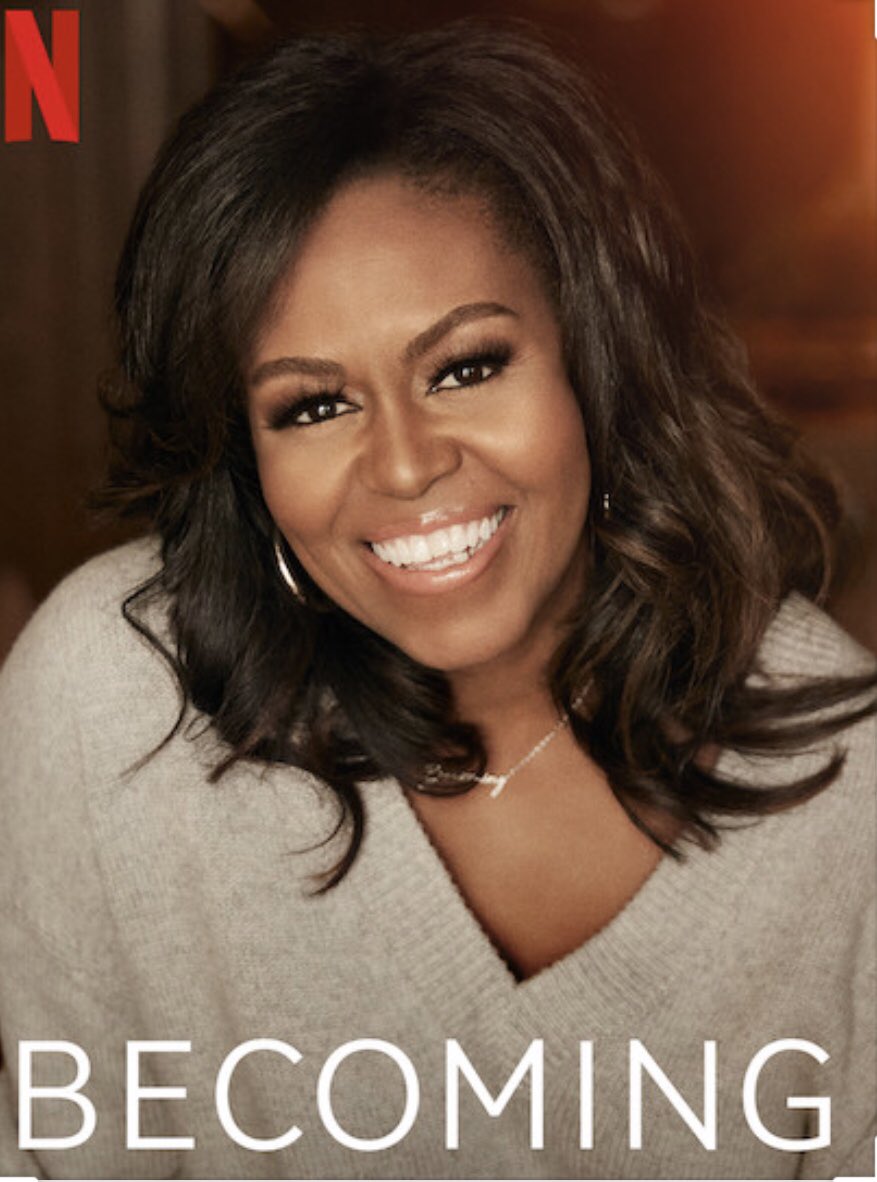 Normally, I'd go with the most famous composer, who is Mark Mothersbaugh for "Tiger King" except that Laura Karpman also has a nomination for Outstanding Original Main Title Theme Music, so I think she's the favorite.

I'll embed the music for "Becoming" below. 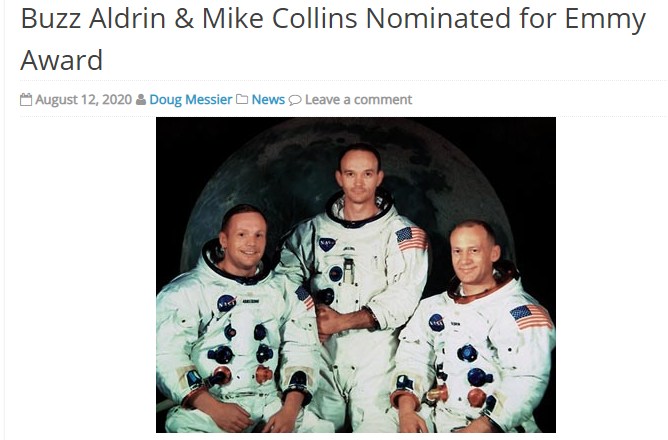 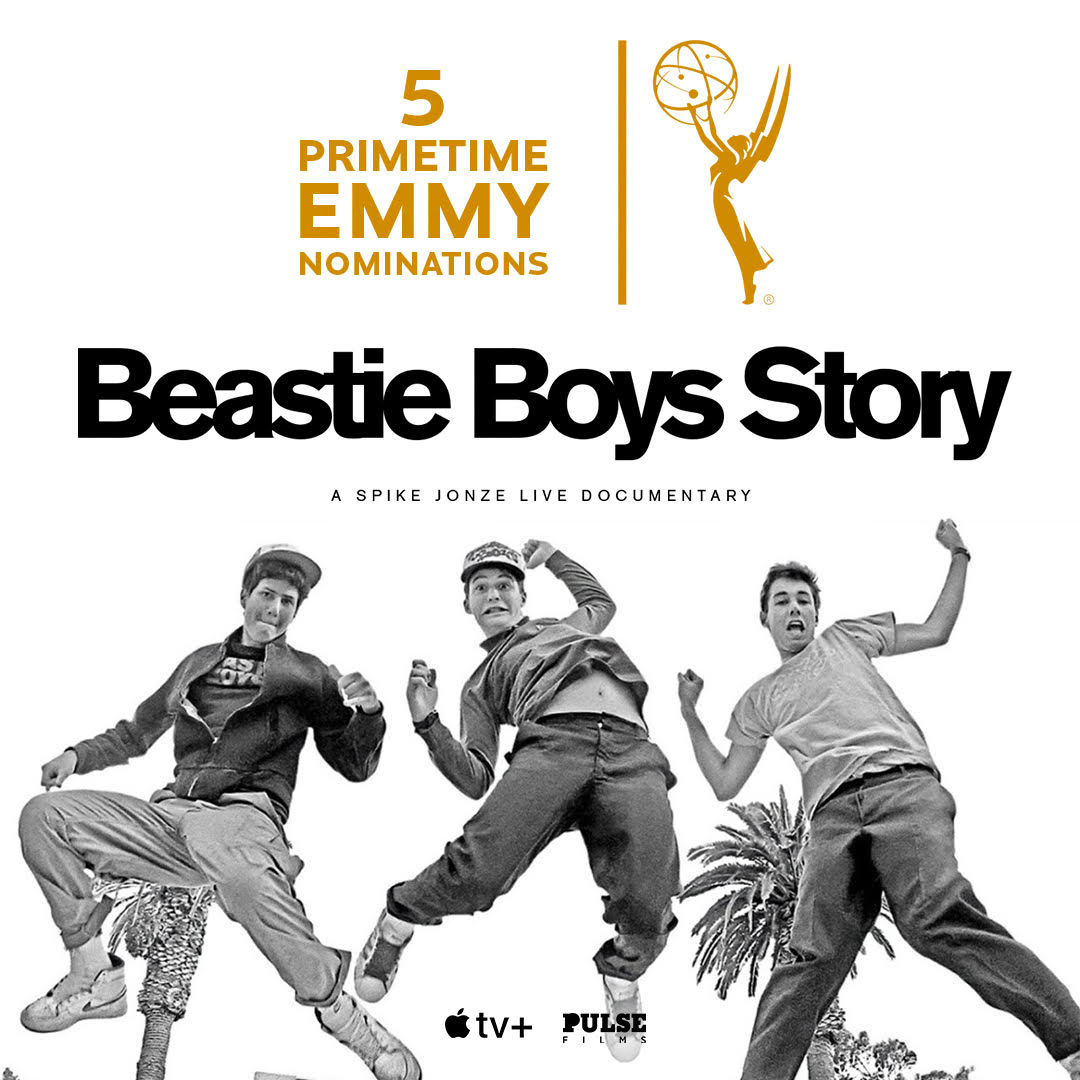 These are also the other two categories with nominations for "Laurel Canyon: A Place in Time," so according to my criterion, it would be the other favorite 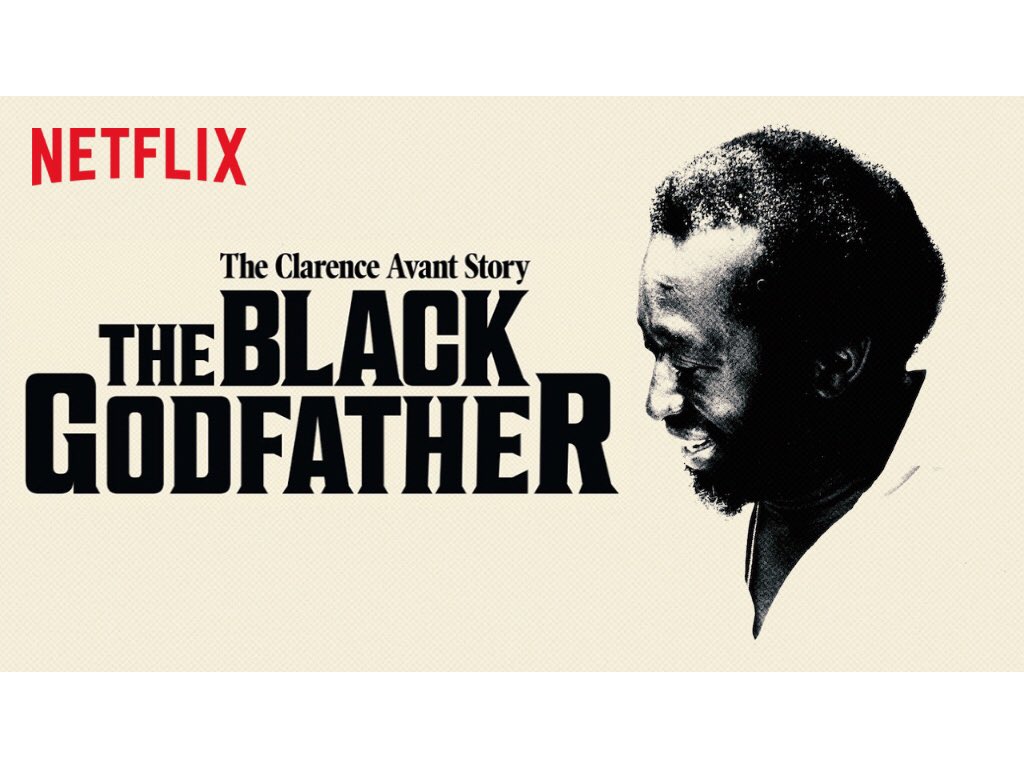 Now for a documentary nomination I included in For National Presidential Joke Day, I present the variety talk show nominees at the Emmy Awards.

"The Black Godfather" is the documentary nominee, so here's Pharrell Williams: Letter to My Godfather from The Late Show with Stephen Colbert.

The 13-time GRAMMY winner makes his first visit to The Late Show to perform this song which appears in the Netflix documentary "The Black Godfather."

As much as I enjoy "Eat Sh!t, Bob," this song has jumped to the top of my list for now. It certainly sounds like an award winner.

Next, the theme from Becoming by Kamasi Washington, who is nominated for Outstanding Music Composition for a Documentary Series or Special (Original Dramatic Score).

That's very pretty and quite befitting the former First Lady.

I couldn't find one of this season's title sequences by itself, so instead I'm sharing Abstract: The Art of Design | Season 2 Trailer from Netflix.

Abstract: The Art of Design returns to take you beyond blueprints into the art, science, and philosophy of design. From how we see the world to how we impact the world, the series goes inside the minds of the world’s greatest designers, showcasing the most inspiring visionaries from a variety of disciplines whose work shapes our culture and future.

That looks really cool. I wish I had the time to watch all the episodes.

I will continue my coverage of the Emmy Awards nominees as the 2020 election, and COVID-19 pandemic permit. In the meantime, stay tuned for National Nonprofit Day.