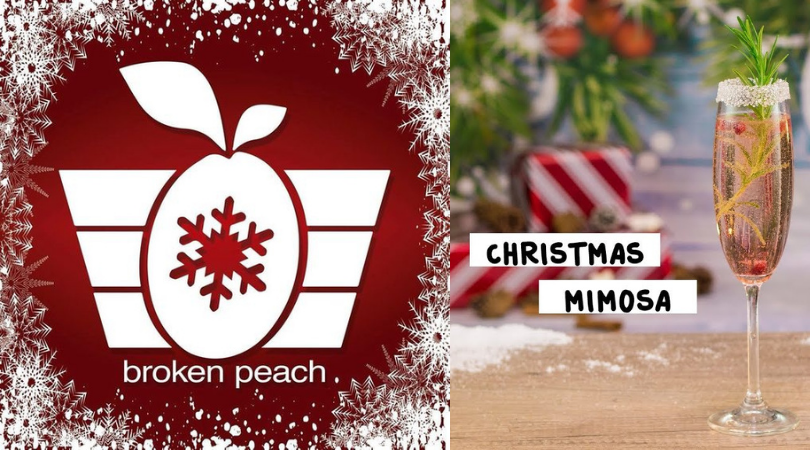 Merry Christmas! As I wrote yesterday, it's time for this year's edition of Christmas with Broken Peach and Tipsy Bartender.

I begin with the first of four Christmas songs that the band from Vigo, Galicia, Spain uploaded this year, All I Want For Christmas Is You.

"All I Want for Christmas Is You" is a Christmas song by American singer-songwriter @Mariah Carey. She co-wrote and co-produced it with Walter Afanasieff for her fourth studio album and first holiday album, Merry Christmas (1994). @Columbia Records released it as the lead single from the album on October 28, 1994.

That was the first time Broken Peach has performed this song and uploaded it to the band's YouTube channel, which is all the more reason to place it first.

Follow over the jump for this year's edition's of Broken Peach's holiday standards along with my selection from Tipsy Bartender's videos.*

Next, the second video the band uploaded for Christmas this year, Rockin' Around The Christmas Tree.

"Rockin' Around the Christmas Tree" is a Christmas song written by Johnny Marks and recorded by Brenda Lee in 1958.

This is one of the older holiday songs in the band's repertoire, as it's in the first video I embedded in Merry Christmas 2017 from Broken Peach and Crazy Eddie's Motie News, which was recorded in 2013, so they have been singing it for at least seven years.

Broken Peach has another video of this song from 2015, so it's one of their Christmas standards. It's still the first time I've used it here.

"Santa Claus Is Coming to Town" is a Christmas song, written by J. Fred Coots and Haven Gillespie.

As I wrote three years ago, when I first included the bang singing this, "Broken Peach's favorite Christmas song [is] 'Santa Claus is Coming to Town'...Seriously, the band has four different videos featuring different arrangements and performers on its YouTube Channel." This makes for a good encore to a Christmas set.

Some bubbly for Santa
This it for this holiday post. Merry Christmas!

*Yes, I'm embedding all four. Normally, I'd be a good environmentalist and conserve my resources to save some for next year, but I'm not feeling it this year. On the other hand, I only shared one of six Christmas recipe videos from Tipsy Bartender created this year, so I am conserving that resource.
Posted by Pinku-Sensei at 12:31 PM