Grand Conjunction of Jupiter and Saturn on Winter Solstice 2020 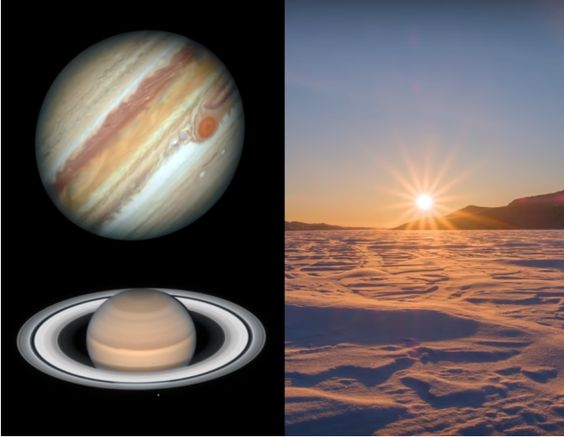 Happy Winter Solstice to my readers! I'm continuing my tradition of featuring videos about the science of the day beginning with What's Up: December 2020 Skywatching Tips from NASA.

What are some skywatching highlights in December 2020? Catch the year's best meteor shower, the Geminids, in the middle of the month. Then witness an extremely close pairing of Jupiter and Saturn that won't be repeated for decades. And mark the shortest day of the year on the northern winter solstice.

What an eventful month in the night sky this month!

While the Winter Solstice happens every year, the Grand Conjunction of Jupiter and Saturn only happens once every 20 years. One this close happens ever more rarely, which WDIV/Click on Detroit pointed out in Rare ‘Christmas Star’ to be visible for first time in 800 years on Dec. 21.

Each year, Earth’s northern hemisphere enters the winter solstice on Dec. 21 -- the shortest day of the year -- officially marking the start of winter. This year, bright planets Jupiter and Saturn will align perfectly on Dec. 21 to create what is commonly called the Christmas Star or the “Star of Bethlehem.”

My wife and I went out to see Jupiter and Saturn early last night and they were so close I could barely distinguish the two. If it's clear tonight, we'll try to see the actual conjunction of the two gas giants again. Wish us luck!
Posted by Pinku-Sensei at 10:57 AM