A story and graphs for the new semester

In this morning's entry, I included part of a comment I left over at Kunstler's blog this morning.  There's another part that was appropriate for today.

When I lecture about economic schools of thought, which I'll do next week, as the new semester starts today, I give Paul Krugman as an example of mainstream economics, which discounts resource depletion and pollution. Krugman will at least consider the economic effects of pollution, but I've seen him dismissed the effects of resource depletion. Peak Oil? He's not having it. Go to James Hamilton of Econobrowser for a mainstream economist who will at least look at it.

That lesson is why I show my students both versions of the sustainability spheres diagram, and point out that the bullseye version is more accurate than the "Mickey Mouse" version.

For a refresher, here they are, the standard "Mickey Mouse" version first and the Bullseye version next.

In that same lecture where I discuss the three main economic worldviews and give examples of people who follow each, I talk about the three kinds of capital, natural, human, and manufactured.  One of my favorite parts involves human capital, where I point out that education is an exercise in improving human capital that bears real world fruit.  I've discussed that before here on Crazy Eddie's Motie News, but I think it's time for an update.

Here's the latest graph on unemployment by educational level from Calculated Risk, which I will use next week. 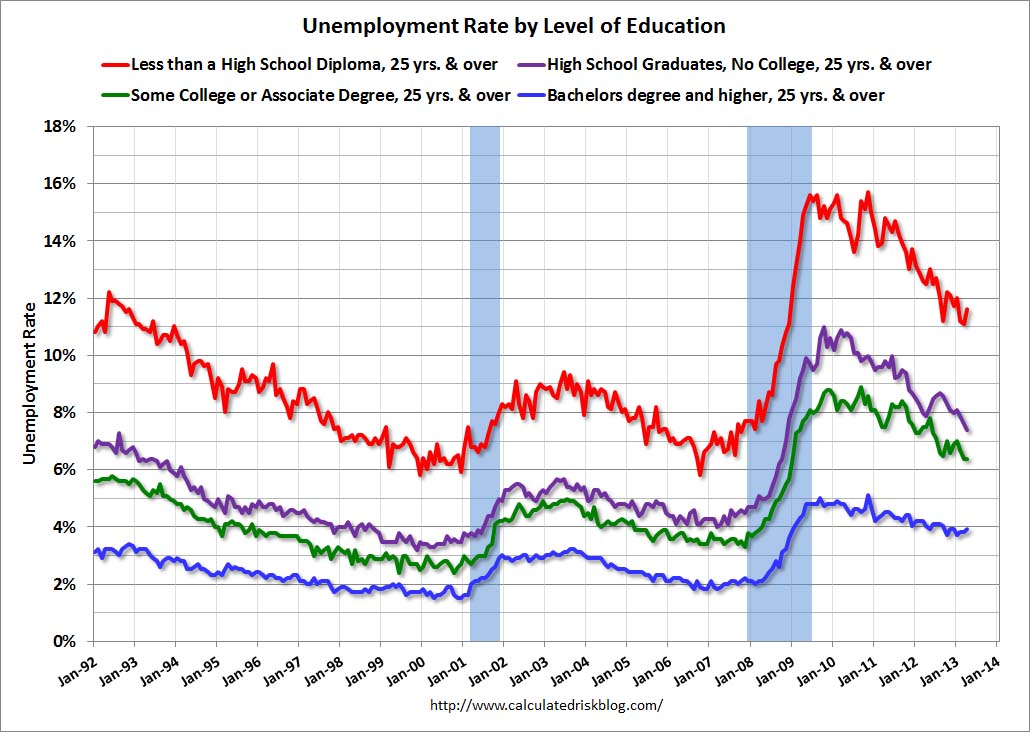 This graph shows the value of education in economic terms, as protection from unemployment. It definitely grabs the students' attention.  I hope it also gives them some comfort in these uncertain times.
Posted by Pinku-Sensei at 8:00 PM