Friday, the corner station raised its regular price to $3.85.  At the time, I thought that they were once again charging into No Man's Land and that they would retreat back into the $3.68 trench, just as they did last time.  I realized differently yesterday, when I saw that the three stations down the street were all at $3.84.  The best that would happen would be that the corner station would match their prices, which it did today.

So, what's happening?  It's not the flooding, as that was a month ago.  It is oil prices?  According to Stuart Saniford at Early Warning, it shouldn't be.


Brent has dropped to the low end of the range of $100-$120 that it's traded in for the last couple of years.  At this level it strikes me as cheap... 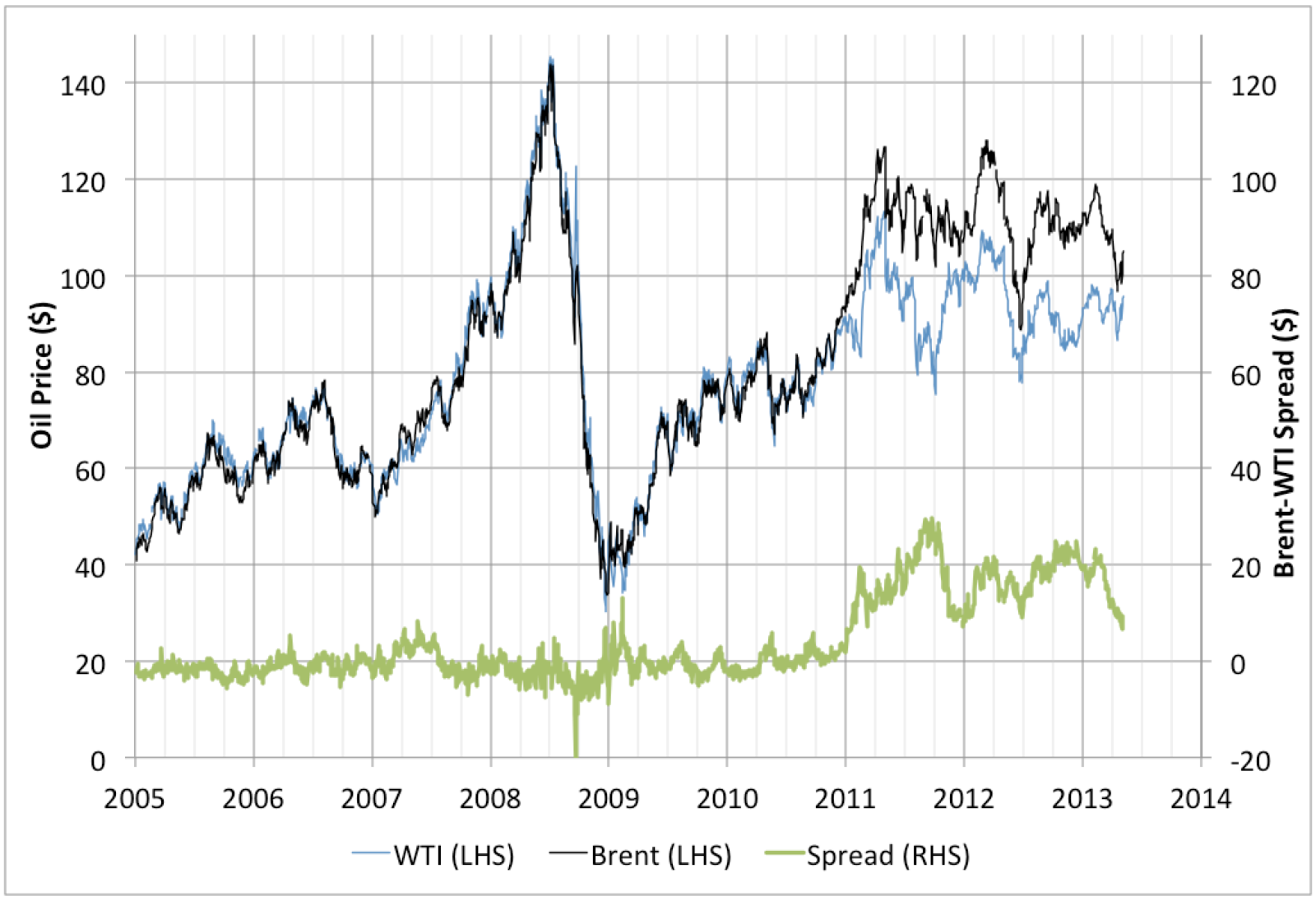 That's the big picture, but what does the situation look like now?  Time to ask Reuters, which reported Oil rallies for third day, shrugging off firm dollar.


Oil rose for a third straight session on Friday, supported by a raft of strong economic data from top oil consumer the United States that also boosted U.S. equities, even as the dollar hit a multi-year high.
...
Brent crude settled up 86 cents at $104.64 a barrel, after an earlier rise of more than $1.

It turns out that it's the refineries again, as USA Today reprinted in the Detroit Free Press reported Friday: Refinery woes cause nationwide gas price spike.


Troubles at several oil refineries are driving gasoline prices sharply higher in the Midwest, and the regional shortages are expected to boost pump prices nationwide.

While the USA may be dripping in new found crude oil deposits and early May supplies were at their highest levels since the early 1930s, issues at a handful of refineries that turn crude into gasoline and diesel fuel underscore how kinks in the supply chain can cause quick surges in what consumers pay at the pump.

Gas prices in Minnesota, Iowa, Missouri, North Dakota, South Dakota, Nebraska, Ohio, Oklahoma and Wisconsin have spiked up to 27 cents a gallon the past week alone. Behind the rise: outages and extended maintenance has curbed output at refineries in Joliet, Ill., Whiting, Ind; Tulsa, Okla, and Eldorado, Kansas.

I don't expect this to go away soon and neither does USA Today...


Nationally, prices average $3.60 a gallon after beginning 2013 at $3.29. Some industry observers thought this year's prices had peaked at $3.78 in February after sliding to $3.50 April 29. But the Midwest's refinery issues are now expected to keep propel prices for several weeks, perhaps to $3.85 a gallon nationwide.

...Or Stuart Saniford, after noting that Brent is cheap.


Saudi Arabia isn't going to let it go much lower (at least not for any length of time), and any number of things in the world could go wrong to make it go higher.  In particular, I continue to have more faith in the future appetite of Chinese and Middle Eastern motorists to consume oil than US frackers to find it.

The commodities traders think that gas prices will go up, too, as Reuters mentioned.


U.S. gasoline has risen for nine out of 12 sessions, including the last three, despite a Wednesday report showing an unexpected year-on-year build in gasoline inventories ahead of the summer driving season.

On top of both the refining situation and oil price fundamentals, summer driving season has begun.  I expect gas to briefly hit $4.00 right around July 4th.  Good thing I'll finally get that bike I've been thinking about.
Posted by Pinku-Sensei at 2:28 PM