Driving update for December 2013: My car

Yesterday, my car turned over another 1000 miles since the last driving update on October 1, 2013 to reach 219,000 miles.  That means it took me 80 days to reach this milestone, four days less than last time.  I could have done it in six fewer days, or 73 days, but I took my wife’s car to work on Friday, Monday, and Tuesday instead.  Yes, I cheated, but the important thing is the total miles driven by both cars.  As of the last update on her car, our combined mileage has gone down.  Besides, her mechanic told her that she wasn’t driving enough to keep the battery charged, so I did that for her.

Over at Calculated Risk, it shows that total miles driven in the U.S. went up in September while I was driving less, increasing 1.5% over September 2012. 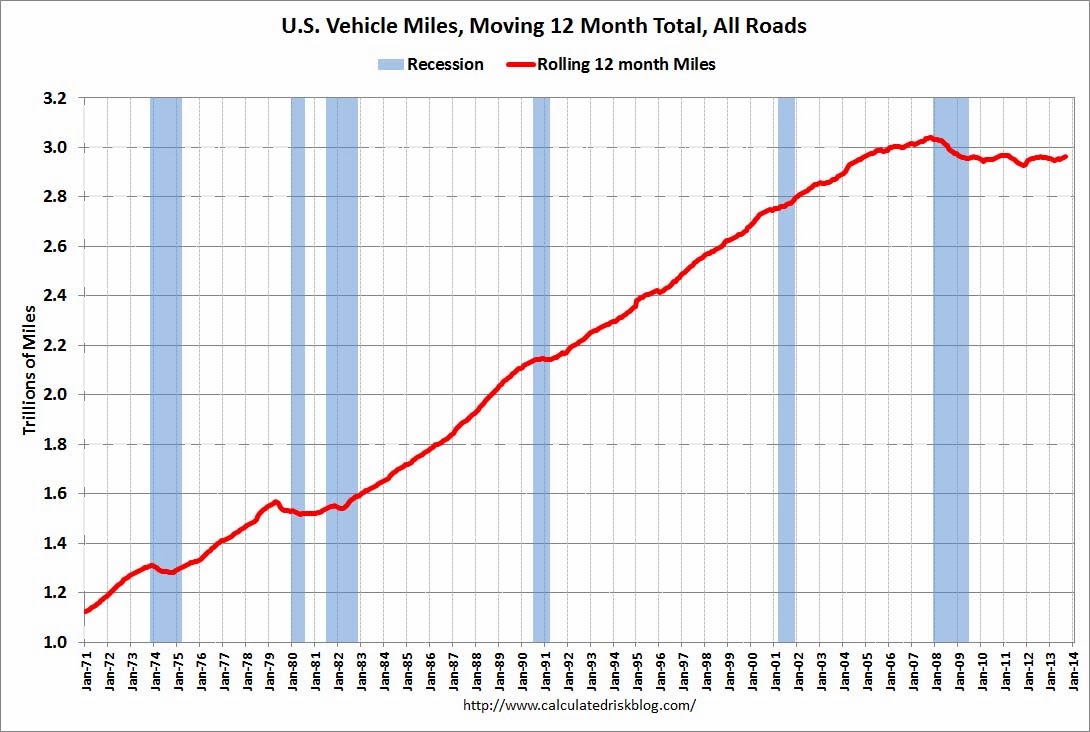 Also, I made a promise at the end of the last report.

Yes, I bought this car in October 2003.  I have a story about that, but I'll save it for the next report, along with why I named my car Yuki.  Stay tuned.

I’m going to take a rain check on this promise.  These look like the kind of stories I would write to post while I’m traveling, which I might do over the next two weeks.
Posted by Pinku-Sensei at 10:00 AM