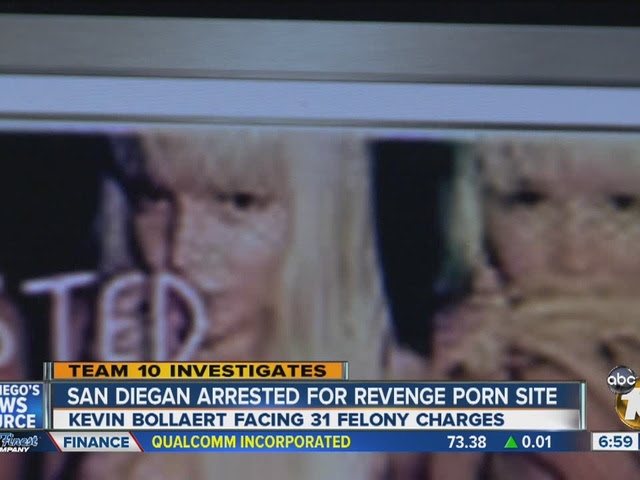 As I wrote in 21st Century crime scenes from KPBS, “We may not have flying cars, but we are starting to have crimes right out of Johnny Mnemonic.”  I also remarked in E-Cigs: A 21st Century health issue, “technology is providing new opportunities to run afoul of the law in ways that were in science fiction 20-30 years ago.”  Here is an ongoing story about one such crime that is being covered by KPBS.

First, the video and story that I included in Overnight News Digest: Science Saturday (Jade Rabbit lands on Moon).

The site connected photos with identifying information about the women pictured, including their names, ages and Facebook profiles. Victims reported being harassed and intimidated by the site's visitors.


Making money by exposing the private, nude images of strangers may be sleazy, but is it illegal?

The identity theft issue may not apply either, as Eric Goldman noted.

First, the prosecutors allege that pay-to-remove-content constitutes extortion. I think most of us would colloquially refer to an offer to suppress information about a person in exchange for money as “extortion,” but did it satisfy the criminal elements of extortion? I believe that’s an untested legal question (recall a similar allegation against Topix). On the plus side, the allegations clearly assert that Bollaert himself, not his users, established and controlled the pay-to-remove scheme.

The other two asserted unlawful purposes are (1) online harassment per Penal Code 653m(b) (criminalizing “repeated contact by means of an electronic communication device”), and (2) the civil tort of public disclosure of private facts (citing a troubling precedent, In Re Rolando S.). Unlike the extortion claim, both allegations depend on the behavior of the website’s users. The complaint doesn’t allege that Bollaert himself made repeated contacts with victims using an electronic communication device, or that Bollaert himself disclosed anyone’s private facts. Instead, the complaint alleges that Bollaert ran a UGC website where users performed unlawful activities. But that’s exactly what UGC websites do: they let users publish content online for both good and evil. If we hold UGC website operators responsible for the fact that their users sometimes commit crimes, then all UGC website operators are criminals.

Fortunately, that’s not the law. In 1996, in 47 USC 230 (Section 230), Congress said that websites aren’t liable for third party content, even if the third party violates state criminal law. From my perspective, based on the allegations in the complaint and arrest warrant, the identity theft charges predicated on harassment and privacy violations appear to be preempted by Section 230 (I’m reserving judgment on the extortion-based claims, which I think pose harder questions). If the prosecution gets that far, the prosecutors will surely assert some rarely successful exceptions to Section 230. Prof. Ryan Calo explores that possibility.

As much as I find Bollaert’s activities reprehensible, I agree with Goldman.  Section 230 of the Communications Decency Act will likely protect him from the harassment and privacy violations, and they should.  Then again, I have a dog in this fight, as I’ve been a beneficiary of the third-party protections of the Communications Decency Act.  They helped me, and I don’t want them eroded for anyone else, even scum like Ballaert.

As for the extortion-based charges, I am not a lawyer, but I hope those hold water.