Health news from archeology and history 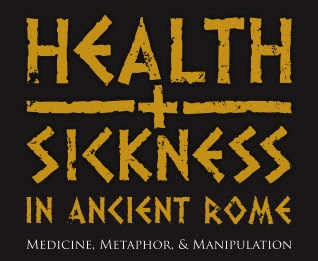 I'm taking a break from examining current research in health and outreach in health policy to present three news items about health in history that I've included in Overnight News Digest on Daily Kos the past two weeks.  I begin with a release from Columbia University that fits in with the theme of campuses on the campaign trail, as Columbia is located in New York City, which elected a new Mayor last month.


The examination of mental disorders would seem to be the almost exclusive domain of psychiatrists and psychologists, not humanities scholars. Yet William V. Harris, the William R. Shepherd Professor of History, has spent his time in recent years studying his chosen field—the history of ancient Greece and Rome—through the lens of mental illness.

Harris, director of the Columbia Center for the Ancient Mediterranean, has explored subjects in ancient times ranging from war and imperialism to literacy and economic history. More recently, he began to focus on emotional states, in books such as Restraining Rage: the Ideology of Anger Control in Classical Antiquity in 2002, and Dreams and Experience in Classical Antiquity in 2009. “I’ve always been interested in psychiatry and psychology, which I see as a quite natural interest for historian,” he said.

Over at Daily Kos, I place psychology in between health and archeology.  The above article shows exactly why I do this.

Follow over the break for two more health stories from the ancient and historical world.

I remain with the head and brain in Ancient Cranial Surgery: Practice of Drilling Holes in the Cranium That Dates Back Thousands of Years from University of California, Santa Barbara via Science Daily.


Dec. 19, 2013 — Cranial surgery is tricky business, even under 21st-century conditions (think aseptic environment, specialized surgical instruments and copious amounts of pain medication both during and afterward).

However, evidence shows that healers in Peru practiced trepanation -- a surgical procedure that involves removing a section of the cranial vault using a hand drill or a scraping tool -- more than 1,000 years ago to treat a variety of ailments, from head injuries to heartsickness. And they did so without the benefit of the aforementioned medical advances.

Finally, The Guardian (UK) brings us up to the early modern era with Online in 3D: the 'grotesque beauty' of medieval Britons' diseased bones.

The bones of a young woman who died of syphilis more than 500 years ago, the reassembled jaw of a man whose corpse was sold to surgeons at the London hospital in the 19th century and the contorted bone of an 18th-century man who lived for many years after he was shot through the leg, are among the remains of hundreds of individuals which can now be studied in forensic detail on a new website.

The Digitised Diseases website, to be launched on Monday at the Royal College of Surgeons in London, brings together 1,600 specimens, many from people with excruciating conditions including leprosy and rickets, from stores scattered across various university and medical collections. The original crumbling bones of some specimens now available in 3D scans are too fragile to be handled. The database is intended for professionals, but is also available free to members of the public who may be fascinated by the macabre specimens.

"We believe this will be a unique resource both for archaeologists and medical historians to identify diseases in ancient specimens, but also for clinicians who can see extreme forms of chronic diseases which they would never see nowadays in their consulting rooms, left to progress unchecked before any medical treatment was available. These bones show conditions only available before either by travelling to see them, or in grainy black and white photographs in old textbooks," said Andrew Wilson, senior lecturer in forensic and archaeological sciences at the University of Bradford and the lead researcher on the project He added: "I do think members of the public will also find them gripping - they do have what one observer called 'a grotesque beauty'."

That concludes this entry in the spirit of Food and drink news from the ancient world.  I'll return to the present and future with the next post.
Posted by Pinku-Sensei at 4:29 PM