Thanks for the head's up.  I'm keeping the same drinks for the same candidates. About the only change I foresee is adding a drink recipe or two for Carly Fiorina, who has an outside chance of bumping Chris Christie or John Kasich out of tenth place. I'll just add them to your new rules.

Over at his blog, I added that "I've already found a Wolf in Sheep's Clothing beer (an IPA) so that's taken care of."  Paul approved of my suggestion.  To understand why, watch this video nicknamed "Demon Sheep" from iCarly's 2010 run for U.S. Senate.

That's probably why there is another beer suggestion for iCarly on a similar theme.

Follow over the jump for two more drink ideas plus Paul's rules for the GOP's only woman running for President.

If one prefers a California wine, Hypeline is glad to oblige with their recommendation in Presidential candidates as alcoholic drinks.

My readers who prefer mixed drinks are out of luck.  While there was a cocktail lounge in Las Vegas that had a Wolf in Sheep's Clothing on the menu, there seems to be no recipe for it.  All that I can find is a list of ingredients--"this cocktail has bourbon, Averna, dark ale and fresh whip"--and a photo. 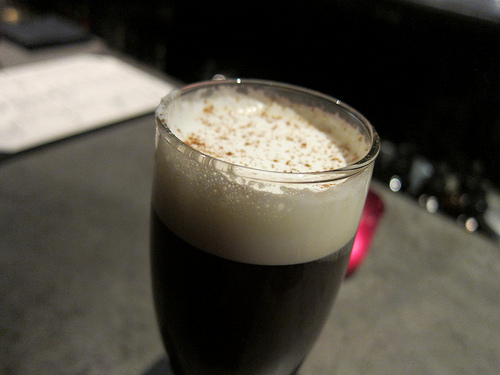 Enough drinks.  The rules for the first debate featured the following for iCarly:
That was last month.  Here's the most recent iteration.
I may as well find drinks for people to imbibe during the "Happy Hour" debate, too, so more drink ideas for the remaining candidates will be forthcoming.  Stay tuned.
Posted by Pinku-Sensei at 8:00 PM