Back to the Future Day! 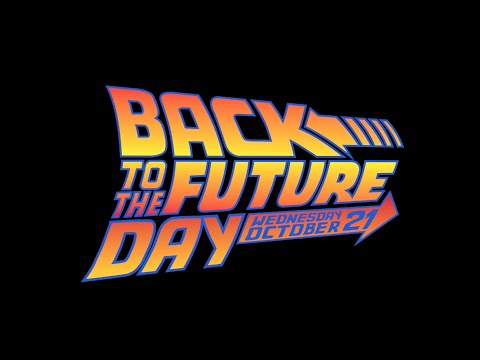 Paul W. reminded me of a special science-fiction day Drinks for the Democratic debates: Bernie Sanders.


If he shouts out halfway through the debate "Great Scott!  It's almost October 21, 2015!  I need to go warn Marty about this!" and hops into a nearby DeLorean with a flux capacitor and flies off, take three drinks in honor of the Back to the Future trilogy.

That's today, so here's the Back to the Future Day official trailer to celebrate.

This 21 October 2015, Universal Pictures’ Back to the Future trilogy returns to the big screen internationally.

Marking the date when Marty and Doc travel forward in time in Back to the Future II, hundreds of cinemas internationally are celebrating this unique anniversary for a special one-day cinema release through Universal and Park Circus. 2015 also marks the 30th anniversary of Back to the Future.

So much for the fantasy of the day.  Now for the reality in Everything BACK TO THE FUTURE II Got Right (and Wrong)

In Back to The Future II, Marty McFly travels into the future to the year 2015, our present day. But how accurate were the film's predictions about the future?

Chris Demarais is expressing the disappointment I described in Where's my retro future?  Sorry, no flying cars or fusion power, either.  The best we can do are the four energy predictions Back to the Future 2 got almost right I quoted in SciFi is Now: Energy and other technologies for 2014.

As for one other prediction that didn't come true, no World Series win for the Cubs, either.  They'll be playing the fourth game of the NLCS instead.  At the rate they've been playing so far, it will be they're last game this year.  Too bad.  I'd really like that prediction to come true.