A 'Grand Canyon' crosses the surface of Pluto's moon Charon 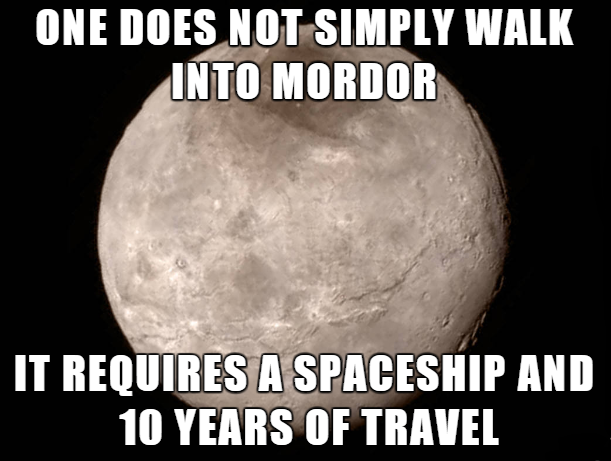 I'll be back later today for a post more fitting this month's Dish theme.  Right now, I'm updating Cthulhu and Pluto plus Mordor and Charon with this report from ITN's ODN: New photos show Pluto's moon is covered in mountains and canyons.

Charon's "Grand Canyon" may be 1000 miles long and two miles deep, but it's still smaller than Valles Marineris on Mars, which is 2,500 miles long and seven miles deep.  Even so, it's larger in proportion to Pluto's moon than the Mariner Valley is to the Red Planet and that's not accounting for the unseen portion on the other side of Charon. 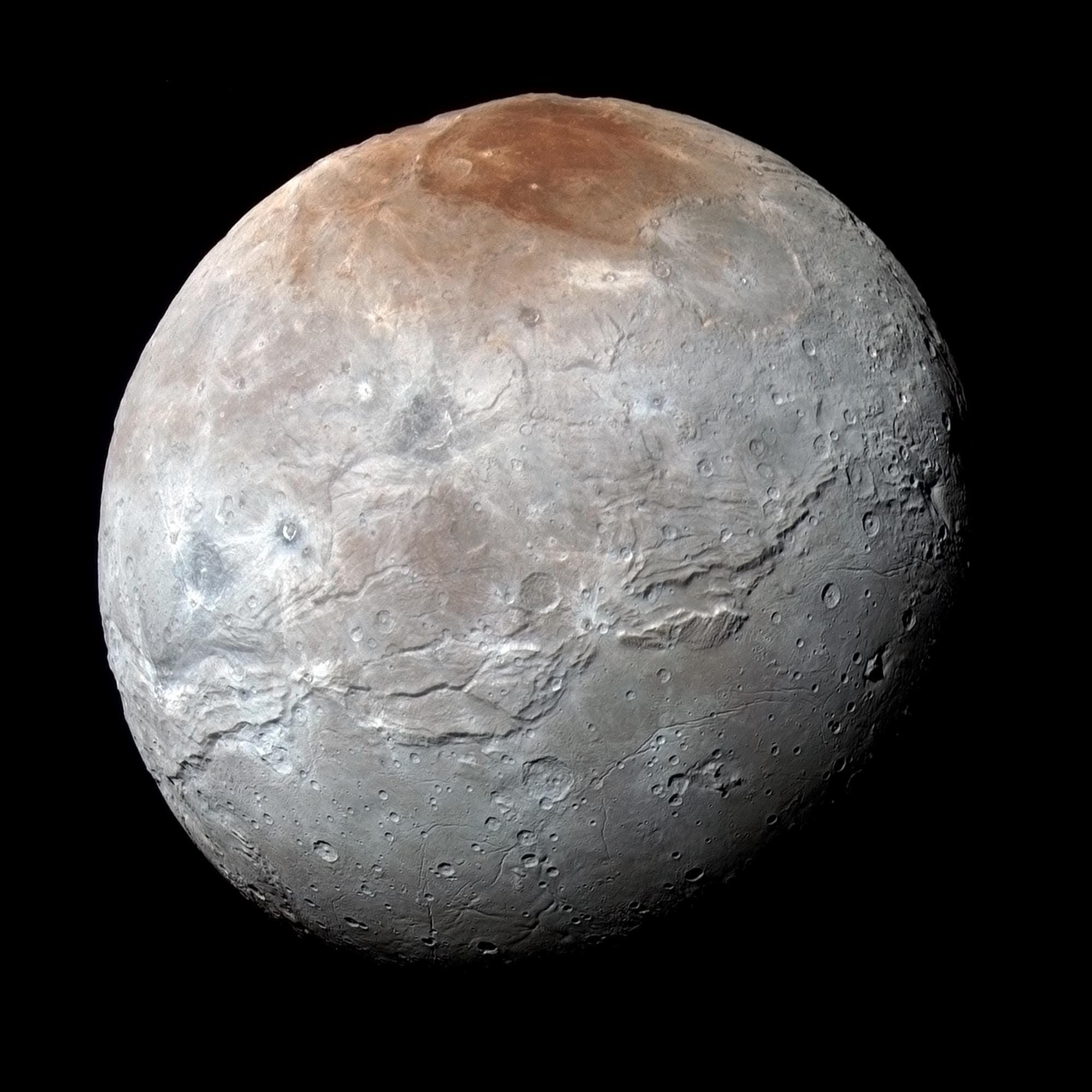 That's it for today's space news.  Come back for a dish of either gossip or food, I haven't decided which.
Posted by Pinku-Sensei at 8:15 AM