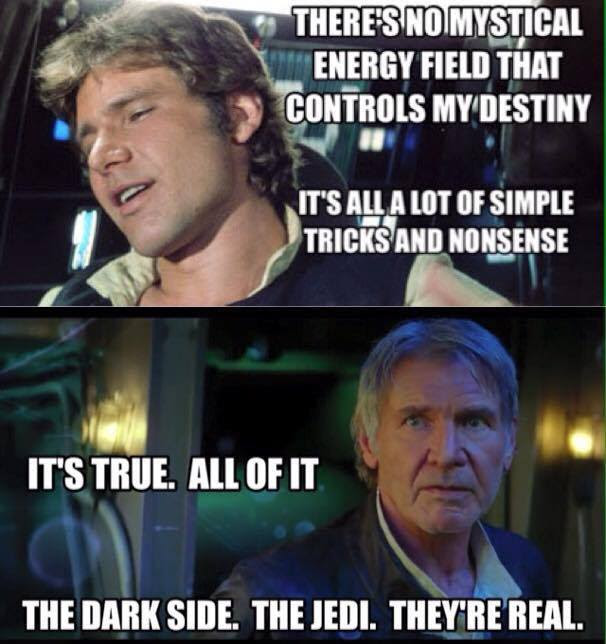 Never mind me.  I'm geeking out with Paul W..  May the Force be with us.

OK, that's over.  Follow over the jump for two reaction videos.

STAR WARS owned the headlines this week and we have even more Star Wars inspired internet weirdness including an evil Luke Skywalker pitch and Lego! Jessica Chobot is your internet Jedi master on today’s Nerdist News WTFridays!

Yes, it was that kind of week.

BuzzFeed really can't top Nerdist, but they do their best in response to the news that "The Force Awakens" has set advance ticket sales records in Telephone Pictionary: Star Wars Edition.


They're right, "Dog Cat Money is not a news story."  Just the same, at least the BuzzFeed crew had fun and so did I.  I hope you did, too.