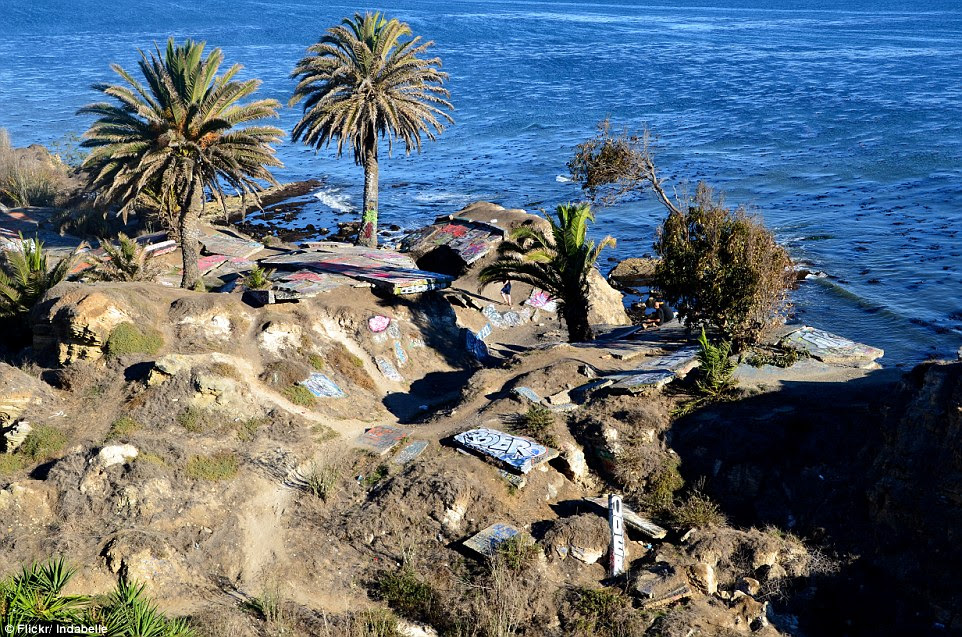 The final location of the season finale of "Fear the Walking Dead" took place in a familiar location, the Sunken City of San Pedro.  Watch A Look at Season 2: Fear the Walking Dead and pay particular attention to the final shot, which shows the entire area.

The cast and creators of Fear the Walking Dead share their expectations for Season 2.

This location moved me.  First, I'm originally from Los Angeles and I've hiked through the area 30 years ago as part of a geology field trip, so it evoked memories of my experience.  Second, I use the location as an example of a slump in my lecture on mass wasting, so it gave me a new hook to get my students interested.  Finally, I found the location symbolic.  This is an area of Los Angeles that literally collapsed nearly a century ago.  It struck me as the perfect place to show a fallen L.A.  It had collapsed first and avoided the rush, much like the character of Chris, who had been living in his own private apocalypse for years before the zombie plague.  It serves as a way of not only depicting the present state, but of foreshadowing the future, perfect for a season finale.

Follow over the jump for three videos about the Sunken City of San Pedro, two informative and one just visually appealing.

One of the mistakes that people who move to California from colder climate parts of the U.S. make is the belief that if they're not dealing with winter, they're no longer fighting nature.  As a native of the Golden State as well as a geologist and environmental scientist, I know that nothing is farther from the truth.  Winter is at least somewhat predictable.  California's natural hazards are much less so.

Have you ever heard of L.A.'s version of Atlantis? Locals call it the Sunken City, and Beatrice Verhoeven explores this hidden gem many people don't know about.

Between Tom and Beatrice, one gets the full story of the place.

The Sunken City in San Pedro. Decades ago there was a landslide causing all the houses on this cliff to fall into the ocean. All that is left are ruins of roads, broken pipes, house foundations, and awesome graffiti art. Shot with DJI Phantom 2 w/ H3-3D gimbal and GoPro Hero 3+ Black shot at 2.7K with ProTune.

That's the dish on the Sunken City.  Hope you enjoyed the lesson!
Posted by Pinku-Sensei at 10:19 AM