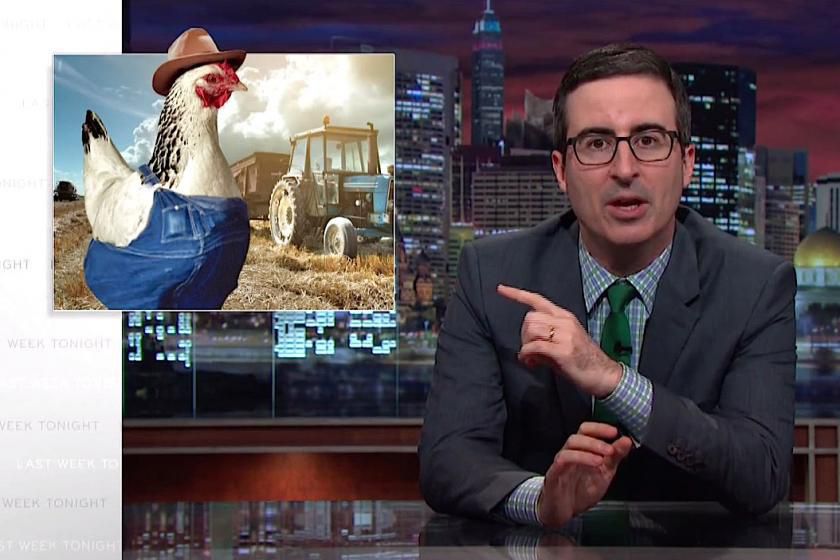 A Happy Food Day to my readers!  This year, I'm blogging about the movie Food, Inc. to celebrate, just as I did in 2013.  Today, I'm answering questions about chicken farming from the "Food, Inc." worksheet, which my students worked on this week, the way I answered questions about corn and energy.  Follow over the jump for those as well as a video from "Last Week Tonight by John Oliver" on the indignities of contract chicken growing.

4.    What are the differences between the chickens grown for food in 1950 and the ones grown today?  Include time to slaughter, size, and types of meat.

I suggested the answer three years ago with the following screen capture. 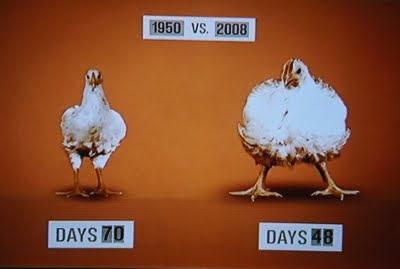 What it shows is that the chickens reach twice the size in a little more than half the time.  These chickens also have proportionately larger breasts to satisfy the demand for white meat.  They also have to be very uniform in size.

The National Chicken Council spokesman said that "modern agriculture produces a lot of food on very little land at an affordable price."  The first chicken grower praises the efficiency of the process, pointing out that raising chickens that take seven weeks instead of three months to get to market leaves more money in his pocket.

While this question leaves the answers up to the student, I'll share what I saw.  First, the chickens are growing so quickly that some just can't support their own weight, so they collapse and die from suffocation.  That's the ill effect on the chickens.  Next, the heavy use of antibiotics has produced resistance in bacteria, so the antibiotics have become less effective, which is a general problem in all of industrial agriculture.  Meanwhile, some growers have been so exposed to antibiotics that they have become allergic to them.  Finally, the chickens are owned by the processor, not the grower, so the grower has very little say in how they are raised; they have to follow the conditions set out in their contracts.  That means that the growers have to constantly update their buildings, which means they get deeper in debt.  Worse yet, they have to knuckle under to the processors in other ways.

Don't just take my word for it.  Watch John Oliver's Last Week Tonight report on chicken farming to see what he uncovered, including distortions in law and enforcement caused by money in politics.

John Oliver explains how chicken farming can be unfair, punishing, and inhumane. And not just for the chickens!

Finally, remember that these feeding operations are not traditional farms. 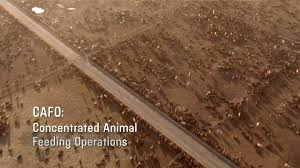