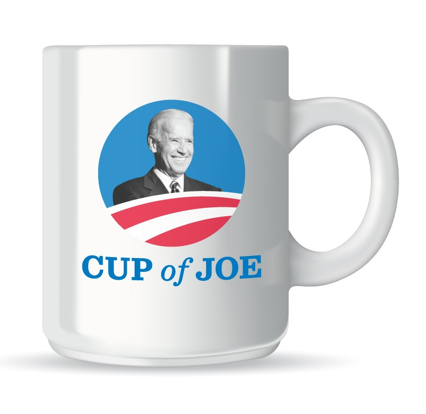 I promised my readers recipes for Joe Biden-themed drinks twice, teasing them first at the end of Hillary Clinton's entry and again after Bernie Sanders'.  Even though Biden's not a declared candidate (yet),* Paul W.'s Democratic Debate Drinking Game for October 2015 Even Though The Election Is Still 2016 And All: The All's Fair In Love And Gwar Version has rules for him, so I'm including him for completeness.

Follow over the jump for the rules and the footnote.

First, the rules, which already assume a drink.
This is why Paul outsources the drinks to me; I can find the appropriate ones.

*Biden is running out of time to run if he wants to get on all states' ballots.  According to Ballotpedia, the first filing deadline for Democrats is November 9th (the first for Republicans already passed, as South Carolina required candidates to file by September 30th; all 15 candidates still in the running did).  After that, the deadlines come up pretty quickly.  Texas, a major state, requires candidates to file the next day, November 10th.  After that, it's Louisiana on November 20th.  New Hampshire may have the first primary, but it's fourth in line for filing dates on November 27th.  If Biden doesn't make that date, he's not running so the final November deadline of the 30th for Illinois will be irrelevant.
Posted by Pinku-Sensei at 8:00 PM