My wife and I rolled Dez's odometer over 49,000 miles on Sunday, so it's time for the driving update I promised in the final footnote of Fiat Chrysler uses the power of The Force to sell cars.

My wife drove to Chicago and back to visit our daughter.  That will probably happen at least once every report, so expect our miles driven to stay high from now on.  Sustainability is a priority, but so is family, and driving while gas is cheap makes keeping in touch more practical.

We are in good company in driving more.  Bill McBride of Calculated Risk reported last month that Vehicle Miles Driven increased 2.3% year-over-year in August, Rolling 12 Months at All Time High.

Travel for the month is estimated to be 277.3 billion vehicle miles. 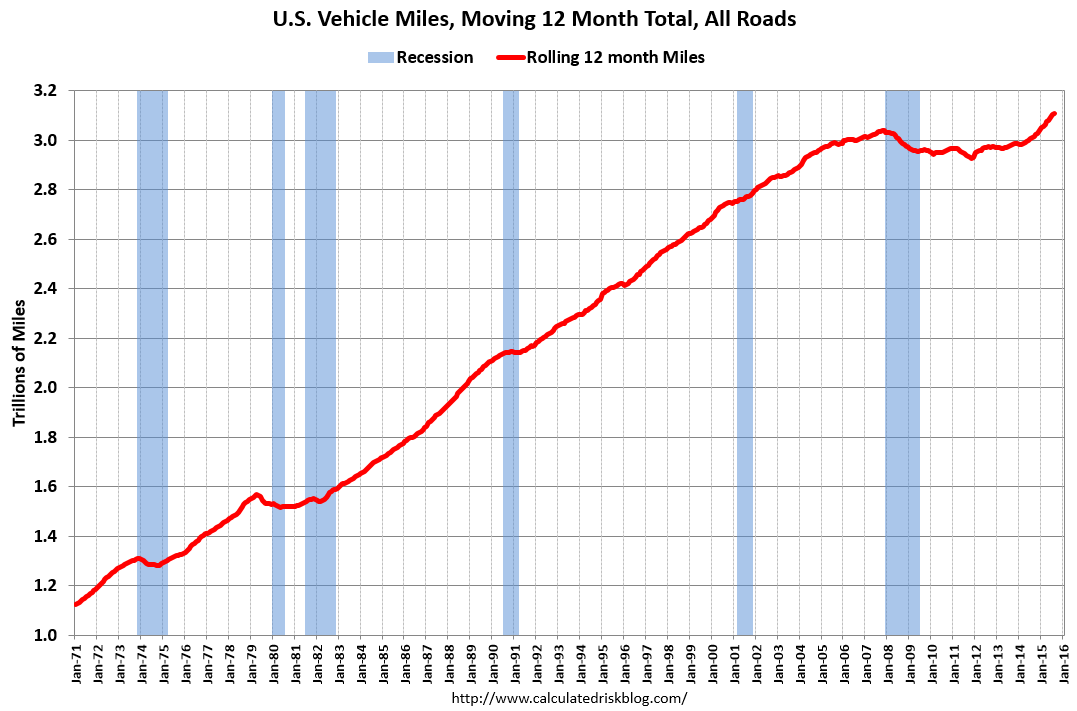 As for Pearl's next driving update, that could happen later this month or early next month.  Stay tuned.
Posted by Pinku-Sensei at 12:22 AM