Darth Trump strikes back as The Farce awakens

I'm not done with Darth Trump.  Here are three cartoons that feature him as evil Star Wars characters.

First, here he is as one of a rogue's gallery of Republican candidates as Star Wars characters. 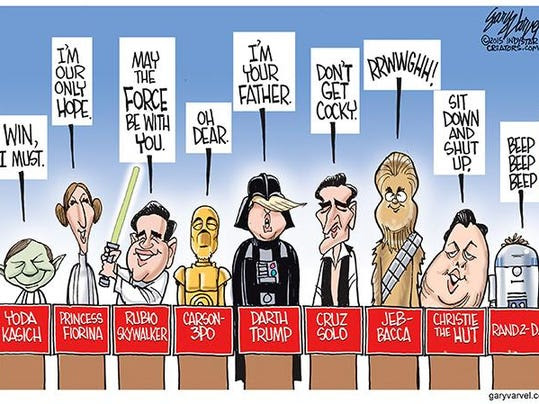 Seeing this lineup is enough to make one drink.*

Next, Chris Christie isn't the only candidate who reminds cartoonists of Jabba The Hutt.

Just remember what Princess Leia did to her captor.  I'm sure the GOP would like to make life imitate art.

Finally, The Penguin Donald returns as the Dark Lord of the Sith. 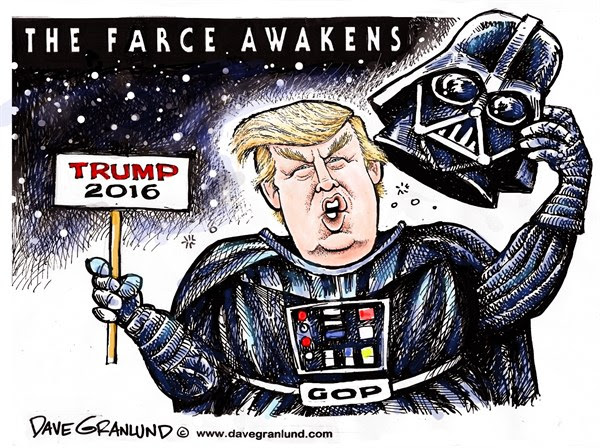 Yes, The Farce is strong with this one.

*That reminds me that there is a Democratic Debate tonight.  Here are the drinks and drinking game rules for Hillary Clinton, Bernie Sanders, and Martin O'Malley.  Happy debate watching, especially in the middle of a data breach scandal.
Posted by Pinku-Sensei at 11:13 AM