Paul Krugman and the awards shows on 'The Big Short' 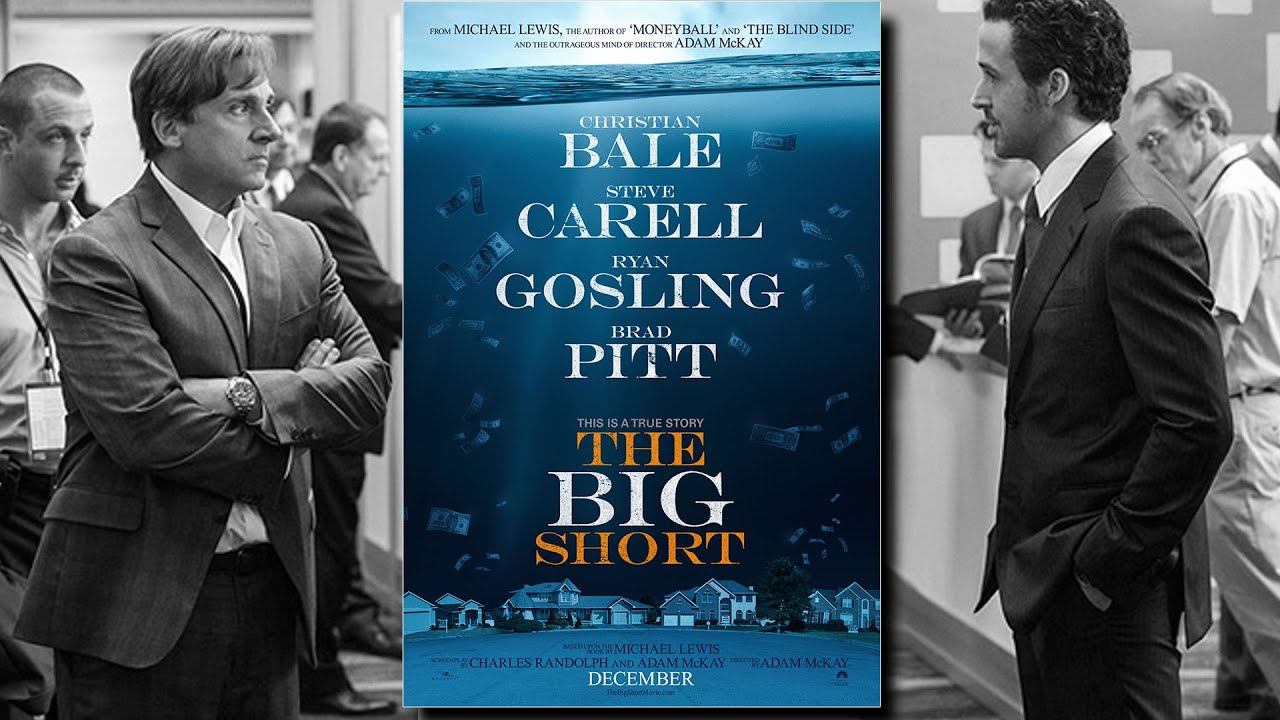 I concluded Music for moving pictures at the 58th Grammy Awards by telling my readers "Stay tuned for at least one more entry about entertainment, this time about the Golden Globes."  After being distracted by 'Star Wars: The Force Awakens' among other things, I'm making a down payment on that promise with a movie nominated for several Golden Globe Awards, "The Big Short."  May I not end up undewater at the end of the entry.

Unlike most of the collapse-and-decline-related entertainment I cover here, this film is not science fiction but historical fact.  As for how well it told that recent history, I turn to Paul Krugman and his review in the New York Times, ‘The Big Short,’ Housing Bubbles and Retold Lies.

“The Big Short” is based on the Michael Lewis book of the same name, one of the few real best-sellers to emerge from the financial crisis. I saw an early screening, and I think it does a terrific job of making Wall Street skulduggery entertaining, of exploiting the inherent black humor of how it went down.

The film achieves this feat mainly by personalizing the tale, focusing not on abstractions but on colorful individuals who saw the rot in the system and tried to make money off that realization. Of course, this still requires explaining what it was all about. Yet even the necessary expository set pieces work amazingly well. For example, we learn how dubious loans were repackaged into supposedly safe “collateralized debt obligations” via a segment in which the chef Anthony Bourdain explains how last week’s fish can be disguised as seafood stew.

But you don’t want me to play film critic; you want to know whether the movie got the underlying economic, financial and political story right. And the answer is yes, in all the ways that matter.

I could quibble over a few points: The group of people who recognized that we were experiencing the mother of all housing bubbles, and that this posed big dangers to the real economy, was bigger than the film might lead you to believe. It even included a few (cough) mainstream economists. But it is true that many influential, seemingly authoritative players, from Alan Greenspan on down, insisted not only that there was no bubble but that no bubble was even possible.

And the bubble whose existence they denied really was inflated largely via opaque financial schemes that in many cases amounted to outright fraud — and it is an outrage that basically nobody ended up being punished for those sins aside from innocent bystanders, namely the millions of workers who lost their jobs and the millions of families that lost their homes.

Krugman was one of those economists and so was Robert Schiller, who won a Nobel Prize for his work.  I learned to trust their opinions because they were right.  That's one of the reasons that I sold at the top and was not one of the poor souls who lost his house to foreclosure or was stuck with it when it went underwater.  But enough about me.  What about the movie?

While the movie gets the essentials of the financial crisis right, the true story of what happened is deeply inconvenient to some very rich and powerful people.
...
Sure enough, “The Big Short” has already been the subject of vitriolic attacks in Murdoch-controlled newspapers; if the movie is a commercial success and/or wins awards, expect to see much more.

The movie has earned nominations for not just the Golden Globes, but also the Screen Actors Guild (SAG) awards and the Critics Choice awards.  Follow over the jump for those.

Despite the inherent tragedy of the housing crisis, "The Big Short" is considered a comedy and the Golden Globes, which recognizes comedies as a separate category from dramas in their movie awards, have treated it accordingly.  The Variety listed it among the Golden Globes nominees for Best Motion Picture – Comedy or Musical along with "Joy," "Spy," "The Martian," and "Trainwreck."  In addition, Christian Bale and Steve Carell were nominated for Best Actor in a Motion Picture – Comedy or Musical.  They're competing against Matt Damon for “The Martian,” Al Pacino for “Danny Collins,” and Mark Ruffalo for “Infinitely Polar Bear.”  Based on possible vote splitting and influence of box office, I expect Matt Damon to be the favorite.*

The Critics Choice Awards also divide their movie awards between drama and comedy, but not as cleanly as the Golden Globes, as the top awards consider comedies, dramas, and action films together.  Here, "The Big Short" was one of eleven films nominated for Best Picture.**  It received six other nominations for Best Acting Ensemble, Best Adapted Screenplay, Best Editing, and Best Comedy.  Christian Bale and Steve Carell also repeated for best actors in a comedy.  In this show, they're not competing against Matt Damon.  That might improve their chances, as well as those of the movie, which earned a total of seven nods from the critics.

The SAG Awards make no distinction between comedy and drama in their movie awards (television is another matter), but that didn't seem to hurt "The Big Short" much.  The Hollywood Reporter lists two nominations for the film, Outstanding Performance by a Cast in a Motion Picture and Outstanding Performance by a Male Actor in a Supporting Role for Christian Bale.  It's competing against "Beasts of No Nation," "Spotlight," "Straight Outta Compton," and "Trumbo" for cast, while Bale faces Idris Elba in "Beasts of No Nation," Mark Rylance in "Bridge of Spies," Michael Shannon in "99 Homes," and Jacob Tremblay in "Room."  I'm less optimistic about the movie winning an award here than in the other two shows because the competition is stiffer.   Even so, I'm sure the movie will win at least some awards, making them the flip side of Krugman's conclusion about the movie.

The truth is that the people who made “The Big Short” should consider the attacks a kind of compliment: The attackers obviously worry that the film is entertaining enough that it will expose a large audience to the truth. Let’s hope that their fears are justified.

*I'll have more about "The Martian" in a future entry about science fiction, horror, and fantasy at the awards shows.

**Normally, there are ten, but "Star Wars: The Force Awakens" got added in a special vote.  I'll write about that in the a future entry as well.  Stay tuned for more tomorrow, Enertainment Sunday.