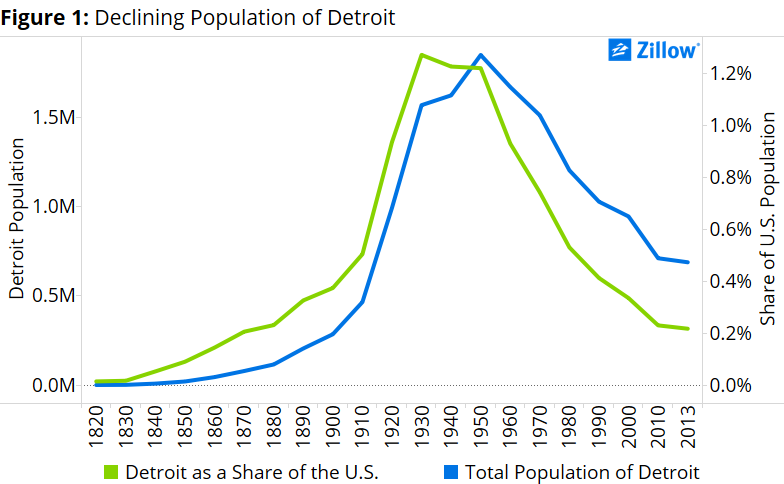 Last week, the Census Bureau released its annual population estimates for 2015.  The results were generally predictable and so were the reactions.  WXYZ's response was to report Detroit out of top 20 cities.

Detroit's population decline has now pushed it out of the top 20 cities.

While the ongoing story of Detroit shrinking is the same one that I've been covering since the second post on this blog, I'm glad to note the good news that Downtown, Midtown, and the riverfront are growing and the rate of population loss is slowing.  When I wrote "It's an exciting time to live here, and I wouldn't miss it for the world" in April 2011, this is the kind of development, pun intended, I was hoping for. 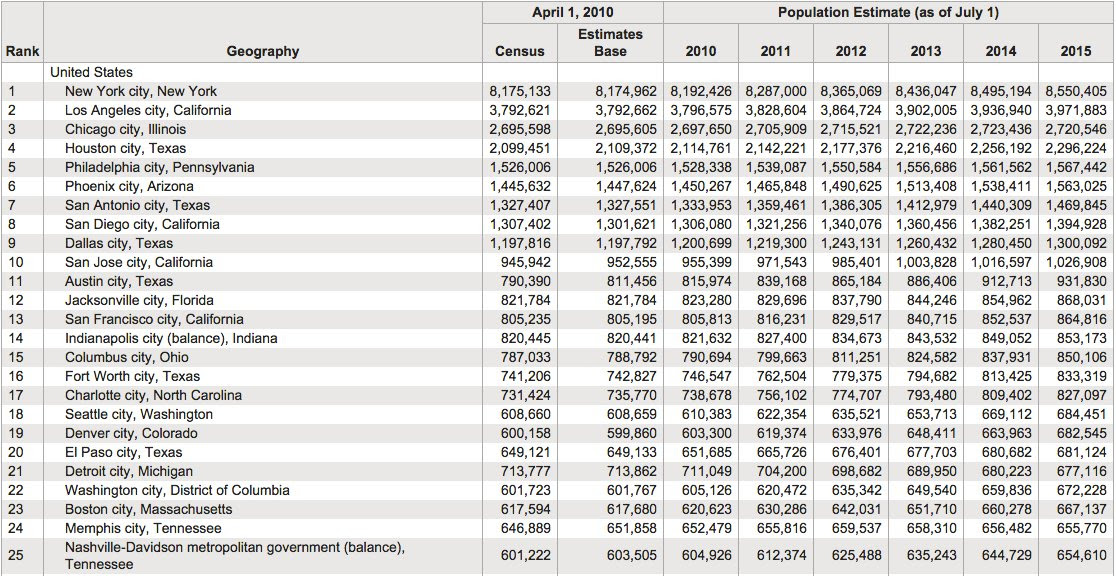 Detroit didn't just fall behind Denver last year, it dropped below Seattle, too.  El Paso passed Detroit a year earlier.  The next cities to grow larger than Detroit proper will be Washington D.C. and Boston.

Not all the population news was bad, that is, if one favors population growth.  Fox 47 reported Lansing's Population is Growing.

Most cities in Michigan are losing population. But Lansing is one of the few that's actually growing.

Lansing is not alone.  MLive published a slideshow listing the five biggest gainers and losers in the state.  It lists Macomb Township, Novi, Shelby Township, Dearborn, and Southfield in the top five, along with Clinton Township and Canton Township gaining more than 3,000 people since 2010, followed by Lyon Township, which had the highest five-year percentage population growth rate of any municipality in the state, then Hamtramck, Pontiac, Sterling Heights, Farmington Hills, Birmingham, Rochester Hills, and Troy.  Detroit may be shrinking, but its suburbs are still booming.

So is Grand Rapids, as MLive reported.

Since 2010, Grand Rapids' population has increased by 7,043 people, or 3.7 percent. The only other place in Michigan with a bigger increase during that same period is Macomb Township, which grew by 7,299 people.

That growth is showing up in a boom in housing downtown, as WOOD-TV reported Downtown GR in the middle of ‘gangbuster economic moment’.

It doesn’t take an expert to look around and see the cranes dotting the Grand Rapids skyline and realize we are a growing city.

Detroit isn't the only big city in Michigan experiencing a revival of urban living.  As for a goal of 10,000 housing units in downtown Grand Rapids, that's ambitious, but I'm still in favor of it.  It will reduce sprawl and all its ills.

For more on this story, MLive has an interactive map showing population gain and loss for all municipalities in Michigan.  Have fun playing with it; you might learn something.
Posted by Pinku-Sensei at 12:00 AM