M1 Rail to be called QLine for next 10 years 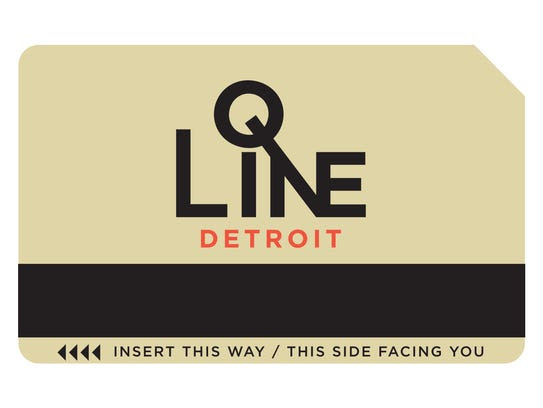 Officials have announced that the official name of the M-1 Rail project will be the Q Line.

The Detroit Free Press included quotes from Quicken Loans, who bought the naming rights, in Detroit's M-1 Rail line now to be called the QLINE.


“The launch of QLINE marks a significant moment in the development of Detroit. Quicken Loans is proud to play our part in the beginning stages of modernizing the transit system in our burgeoning urban core,” Jay Farner, president and chief marketing officer of Quicken Loans, said in a news release.
...
In addition to the name, the QLINE logo was also released. It "features a stylized 'Q' in a design that symbolizes the connectivity accomplished through the rail line," according to a news release.

Sommer Woods, vice president of external affairs for M-1 Rail, the organization developing the project, predicted in a news release that “the QLINE will activate the sidewalks throughout the community, encouraging residents and visitors to experience all the neighborhood has to offer, from our cultural institutions, restaurants and small businesses, to Detroit’s entertainment district. The streetcar will create connectivity and serve all who live, work and play in Detroit.”

I hope both Quicken Loans and M-1 Rail, which will still use the name to operate the streetcar line, are both right about their predictions.  I promise to update my readers either way.
Posted by Pinku-Sensei at 8:52 AM