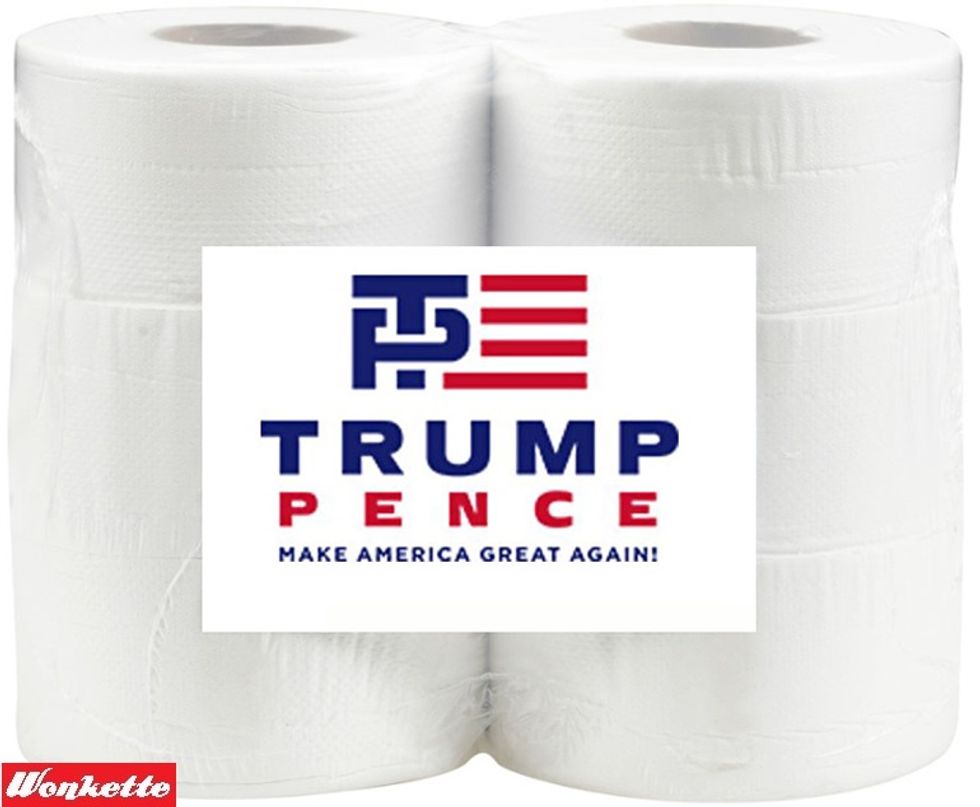 When I last mentioned The Penguin The Donald, I wrote that he was worse than George Wallace.  That written, I was hoping his pick for Vice President would provide more entertainment than Wallace's running mate Curtis LeMay.  In particular, I commented and repeated "please, let it be either Gingrich or Palin--the laughs will keep coming all the way to Election Day!"  Newt Gingrich was in the running as was Chris Christie, but as the following clip from Stephen Colbert shows, Mike Pence got the nod instead.

Time to check your Vice-Presidential fantasy league. If you picked Mike Pence, you might be a winner.

Colbert had so much fun with Pence as Trump's VP pick that he opened his monologue the next day with America's Got Mike Pence Fever!

Excitement about Trump's running-mate announcement has spread like a contagion. The main symptom of Pence Fever: Knowing who Mike Pence is.

I knew who he was, but I have never blogged about him before.*  Time for a Mike Pence label. 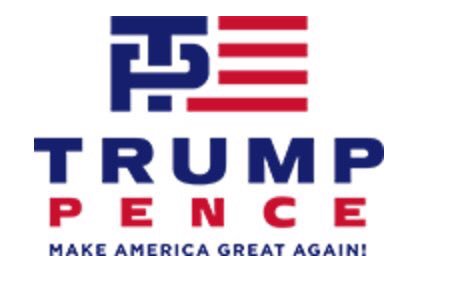 The hilarity continued when Trump's campaign released its new logo incorporating Pence as its pick.  Legal Insurrection, Huffington Post, and Wonkette all had field days documenting the hilarious reactions to the unfortunate graphic design.  My favorite was one that captured the first thought I had when I saw the logo. 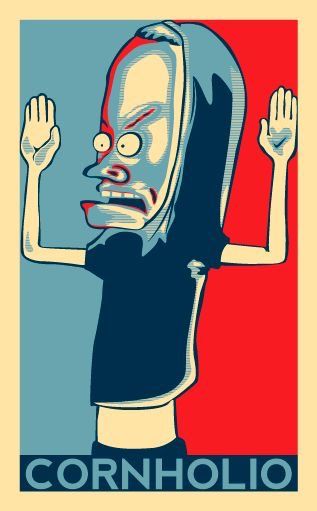 For those of you who don't get the joke, here's a video demonstrating it.


*Snork*  Now I know what to call Mike Pence--Cornholio! 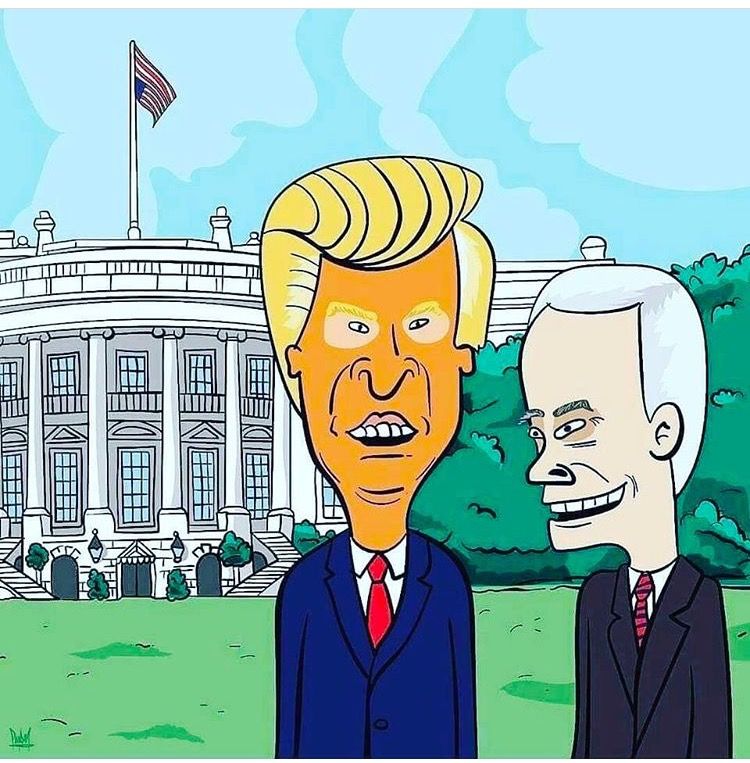 Now I've found the hilarity in Mike Pence as Trump's running mate.  It almost makes up for Gingrich not being on the ticket--almost.  Let's see if Cornholio can provide more comedic inspiration between now and November.

ETA: Raw Story just reported "After a day of ridicule for a poorly designed Trump/Pence campaign logo that launched a thousand memes, the Trump campaign disappeared the design from their official website overnight."  Well, that was quick.

*Nor have I blogged about his most notorious act as Indiana Governor, signing Indiana Senate Bill 101, titled the Religious Freedom Restoration Act.  That was actually perfect for me, because it was about social justice, drum corps, and gaming.  Yes, really.  Maybe I should write about it.  Better late than never.
Posted by Pinku-Sensei at 11:18 AM