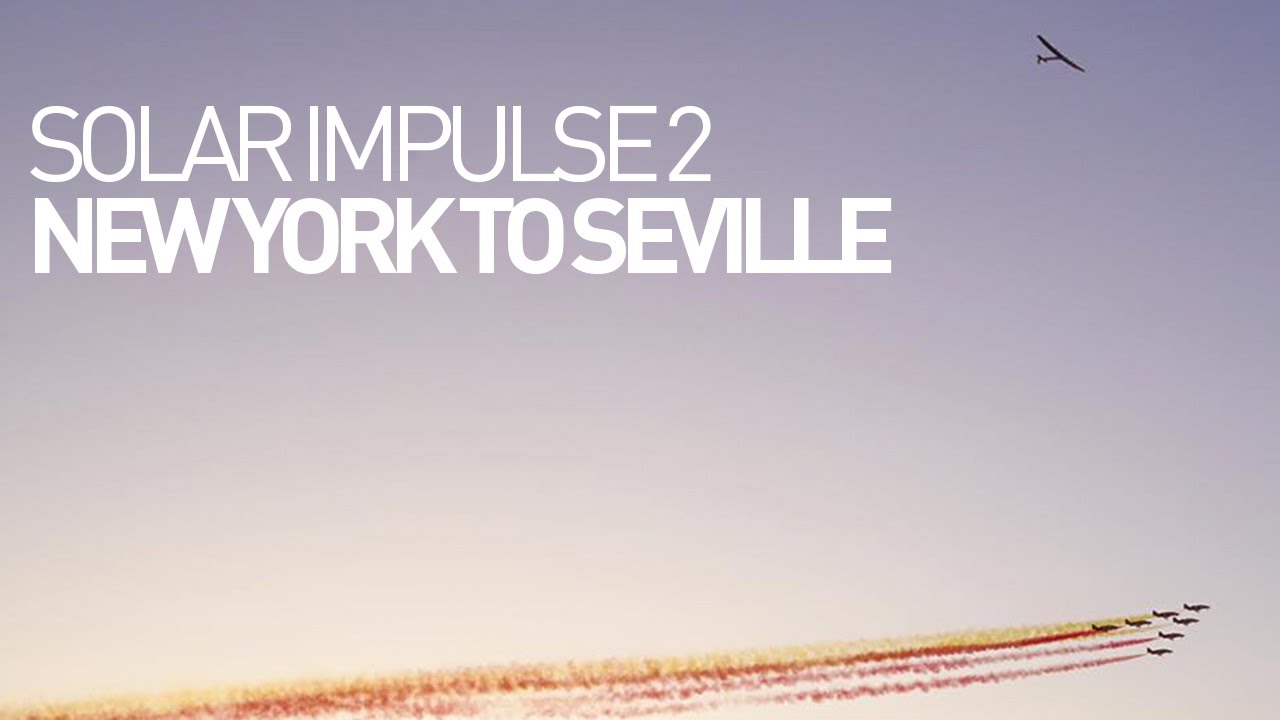 While I was paying attention to Brexit and its aftermath, I was ignoring one of my usual stories, Solar Impulse 2.  At the same time that the U.K. was voting on whether to leave the E.U., it was completing its flight from New York City to Seville, Spain.  Euronews has video of Solar Impulse ll welcomed to Seville Airport by Spanish Air Force.

Solar Impulse II has landed in the Spain's Seville Airport after an often turbulent flight across the Atlantic Ocean.

The experimental solar-powered plane was welcomed by the Spanish Air Force's aerobatic team with an impressive display.

Of course, one of my entries would not be complete without a reaction from the pilot explaining why this flight is taking place.  Take it away, CNN!

Piccard had been preparing for the flight for "years and years," saying he'd been long inspired by the pioneers who wanted to cross the Atlantic to prove their way of transportation was mature.

"I met [American aviator] Charles Lindbergh when I was a child. I saw the balloons, the airships, the hot air balloons, steamboats -- you know, every means of transportation wanted to cross the Atlantic, and now for the first time it's a solar-powered airplane," he said.

"What I'd like to show with my team is that clean technology today is showing incredible goals. You can fly now longer without fuel than with fuel, and you fly with the force of nature, you fly with the sun. It's the new era now for energy and this is really what we'd like to inspire people to do," he said.

CNN also explains where the plane will fly next.

After crossing the Atlantic, Borschberg is now scheduled to fly to Egypt, and Piccard will likely pilot the plane on the final, historic leg from there back to Abu Dhabi.

They plan to fly the final leg of the journey by late summer, completing a 27,000-mile (35,000-kilometer) trip around the world.

Good luck and safe travels!
Posted by Pinku-Sensei at 8:05 AM