Part I of When did speculative fiction go 'mainstream'? What the critics think 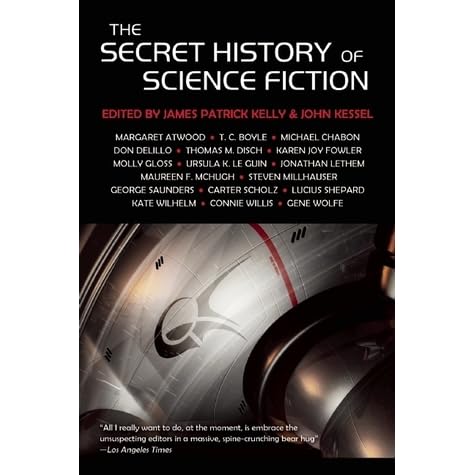 At his new blog Ecosophia, John Michael Greer made several claims about science fiction that I feel inspired to test.  Today, I'm examining the easiest one to verify or falsify, Greer's claim that "science fiction went mainstream in the late 1970s."  He's basing it on the criterion that "tenured academics stopped turning up their noses at 'all that Buck Rogers stuff,' as a handful of the more literary SF authors found their work being reviewed in highbrow periodicals and the genre as a whole found itself afflicted with creeping respectability."  That's a difficult criterion for me to evaluate.  As much as I am becoming an expert on current science fiction in film and television and am starting my project of blogging the Saturn Awards to become better versed in the history of speculative fiction on the large and small screens, I am not yet ready to do this for literary science fiction in the way I think this claim deserves.  To begin with, I do not have the access to an academic library full of literary reviews to examine to see if that indeed began happening then based on identifying the subjects of reviews and counting the relevant ones by year to detect a trend or inflection point.  So, I'll have to do it some other way.  After all, this is a blog entry, not a formal academic paper.

For plan B, I'm citing two articles on the subject, When sci-fi went mainstream from the Los Angeles Review of Books republished in Salon and a review of "The Secret History of Science Fiction" at Tor.com to see if there is an alternative hypothesis about when science fiction "went mainstream" (I'm not disputing that it has; my writing about science fiction and other speculative fiction genres being successful at awards shows demonstrates that has happened).  The first, published in 2012, refers to science fiction's "meteoric rise over the last thirty years from lowbrow genre to literary respectability," placing the beginning of science fiction becoming mainstream about 1972.  The author Lee Konstantinou then writes about how the process really began in 1960 with the publication of "New Maps of Hell" by Kingsley Amis, a series of literary essays about science fiction.  One of Amis's predictions, that "this genre will never make it in film or television," amuses me, as it quite evidently has.  In fact, it already had made it on television with "The Twilight Zone" debuting in 1959.  I won't let that bad prognostication stand in the way of using Amis's book as evidence for an eariler date for the beginning of science fiction's mainstream acceptance.  Konstantinou also cites the early science fiction works of Anthony Burgess, particularly "A Clockwork Orange," published in 1962, as an example of a mainstream novelist finding science fiction a respectable enough genre to write in.  Both examples point to science fiction becoming mainstream before the late 1970s.

Having looked at some of the previous studies of when science fiction and other speculative fiction genres becoming mainstream, I now have an alternative claim from Greer's that the mainstreaming of speculative fiction genres started happening by the early 1970s, if not by 1960.  Stay tuned for my testing that hypothesis by using another data series and a slighly different criterion.  On Tuesday, I plan to use the Publishers Weekly lists of bestselling novels in the United States and Lists of The New York Times Fiction Best Sellers to determine when science fiction and other speculative fiction genres became mainstream from the perspective of the book-buying public instead of the critics.  Why Tuesday?  Tomorrow is the Great American Eclipse.  I can't miss that!
Posted by Pinku-Sensei at 2:21 PM