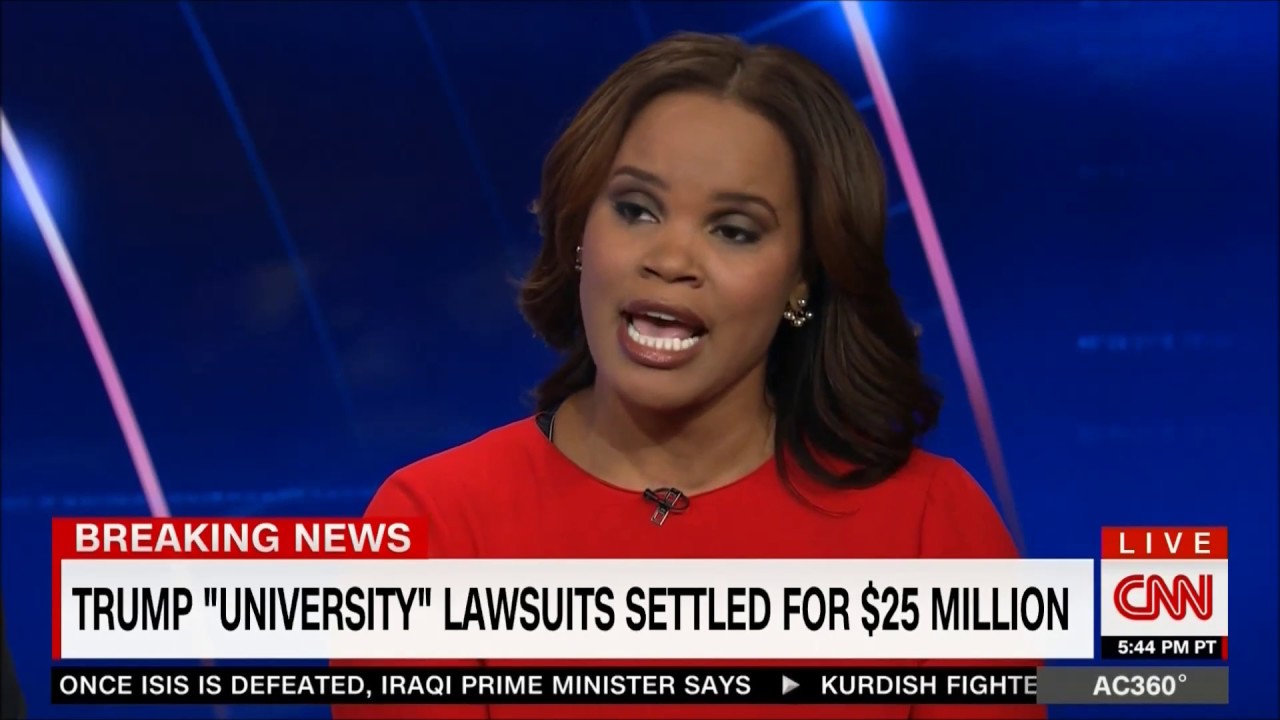 "Tomorrow's entry will also be about an Emmy winner that examined Trump.  Stay tuned."  That's what I promised to end Frontline's "The Choice 2016" wins Outstanding Politics & Government Documentary.  Watch Katty Kay present the award for Outstanding Business, Consumer, Economic Report for the payoff.*


Yes, the winner really was "Trump University Fraud," a segment on CNN's Anderson Cooper 360.  CNN has all of the clip used in the awards ceremony: Trump University instructor: What I did was sales.

As Donald Trump's Trump University lawsuit moves forward in court, CNN's Drew Griffin sits down with a former instructor and real estate expert who said he was the best salesman at the school.

The most damning part of the interview was used again in New motion filed in the Trump University case.

Judge Curiel advised the parties in the case he's overseeing to settle the suit.  That happened a few days later, as Trump University lawsuits settled for $25M.

That should have taken care of the suit except that Sherri Simpson is appealing the settlement so she can sue independently.  This case is not over.

I have one more Emmy winner to post that features a town hall with then President Obama.  I have that planned for Monday.  Stay tuned.

*The "60 Minutes" report on "AgroMafia" is another one I should have mentioned last month.  I might look at it and blog about it later.
Posted by Pinku-Sensei at 12:20 PM