'Beyond a Year in Space': Looking forward to next year's Emmys 2 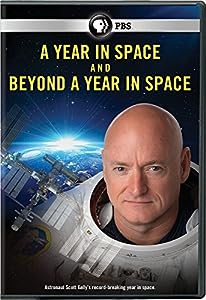 Today, I'm continuing looking forward to next year's Emmys with the follow up to A Year in Space, "Beyond a Year in Space."  Here is the Official Teaser Trailer for the program from PBS.

Beyond a Year in Space picks up where the first film left off: Scott Kelly’s last day in space and return to Earth. The final installment also introduces viewers to the next generation of astronauts training to leave Earth’s orbit and travel into deep space.

The central project of the mission, which I first blogged about in Twins on Earth and Space, was and still is The Twin Study.

While Scott Kelly spent a year on the International Space Station, his twin brother Mark spent a year on earth. By analyzing the differences between the two men, NASA researchers hope to gain insight into the effects of spaceflight on the human body.

As I wrote in Space, Ebola, volcanoes, stroke, and human expansion the topics of Science and Technology Documentary nominees, "Here's to it being nominated for an Emmy next year.  If so, I'm looking forward to blogging about it."  It just aired on November 15 and I'm blogging about it already!
Posted by Pinku-Sensei at 7:38 AM