A snail story for Black Friday/Buy Nothing Day 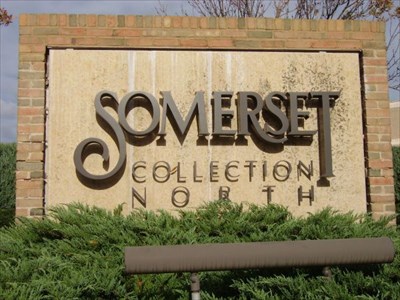 Happy Buy Nothing Day, my name for Black Friday!  I won't be participating in either day, as I will be buying food but won't be Christmas shopping.  Instead, I'm going to tell a story about the small part I played in making possible the building of a shopping mall.  I've told this tale to my students several times over the years as an example of how I take revenge on people who cross me.*  Follow over the jump to read it.

The former friend who introduced me to Wester was a graduate student at U.C. Berkeley when I met him.  He and I later reunited as graduate students at the University of Michigan, where he and I shared an advisor.  He was an avid snail collector and knew some of the best places in southeast Michigan to find land snails.  One of his favorite locations was the vacant lot across the street from the K-Mart headquarters in Troy.  I never went with him, but he told me it was the one place he knew where he could find the Grove Snail Cepaea nemoralis, an introduced European land species that had become established at the locality.  Here's a photo of a live specimen... ...and here is a photo of the location showing the K-Mart headquarters and the vacant lot. 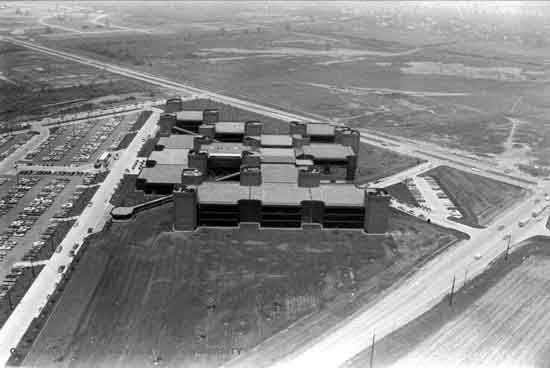 My former friend later pissed me off because of how he treated his then-girlfriend.  Other than giving him the cold shoulder, I couldn't do much about it until fate, in the form of an environmental consulting company, came calling -- literally.

I was minding the desk at the Mollusk Division of the University of Michigan Museum of Zoology, where both my former friend, his now ex-girlfriend, and I had our offices, when the phone rang.  I picked it up and the woman representing the environmental consulting company introduced herself and said she was evaluating the environmental impact of turning the vacant lot, which was owned by K-Mart, into a shopping center.  She said that she had observed some snails on the property.  I told her, "Let me guess, they're about an inch across and are cream-colored with brown stripes."  She responded, "Yeah, what can you tell me about them?"

The wheels turned quickly in my head and I broke into a big grin as I realized I could tell the environmental consultant the truth and get revenge at the same time.  "They're Cepaea nemoralis, an introduced English snail.  They're not endangered.  They're not even native.  Go ahead and bulldoze the place."  She thanked me and hung up.  I chuckled as I contributed to my former friend losing one of his favorite collecting locations and contributed to economic progress.  Hey, I was a Republican at the time, although my advice was still legally the right one.  Besides, revenge!**

The result was Somerset Collection North, the expansion that opened in 1996 across the street from the original mall.  I've been shopping there several times and enjoyed the experience every time, even when my daughter visited a few years ago and my wife and I went shopping with her at Macy's on Black Friday itself, although I don't plan on repeating that.  I even mentioned it here in 2012 when I wrote "Crab Won Tons at P.F. Chang's in the Somerset Collection when Daniels is recalled!" 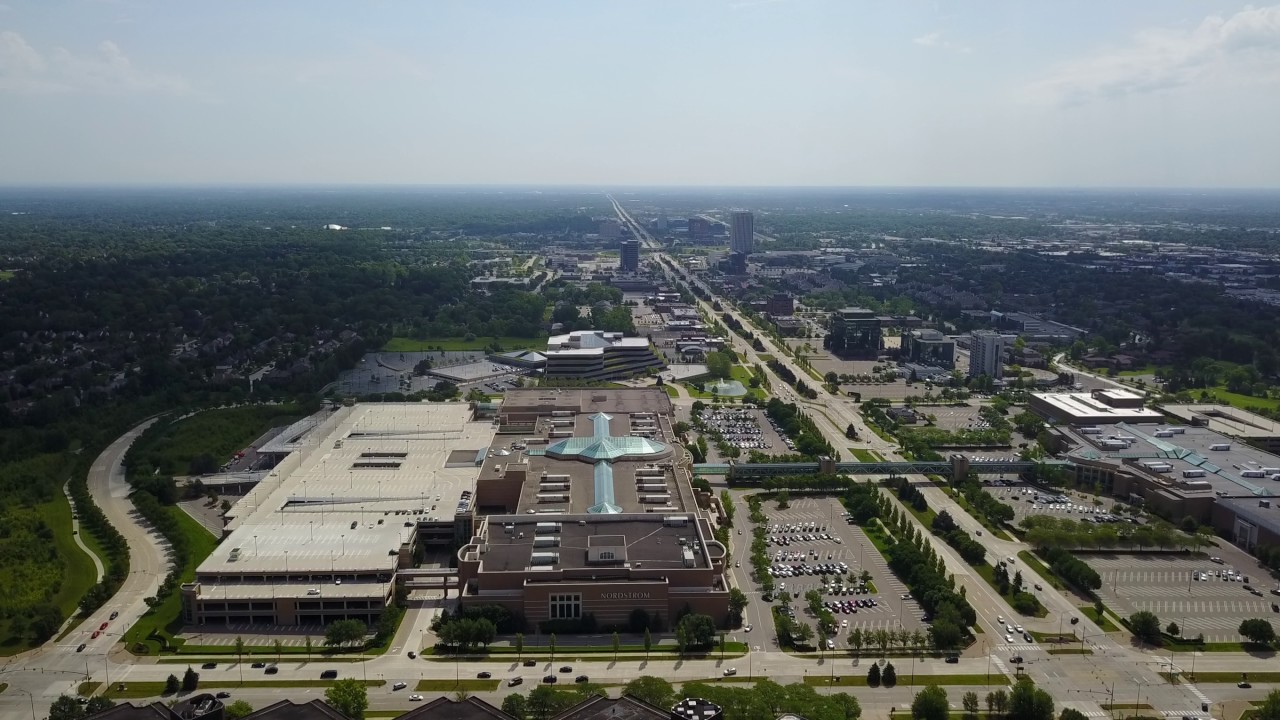 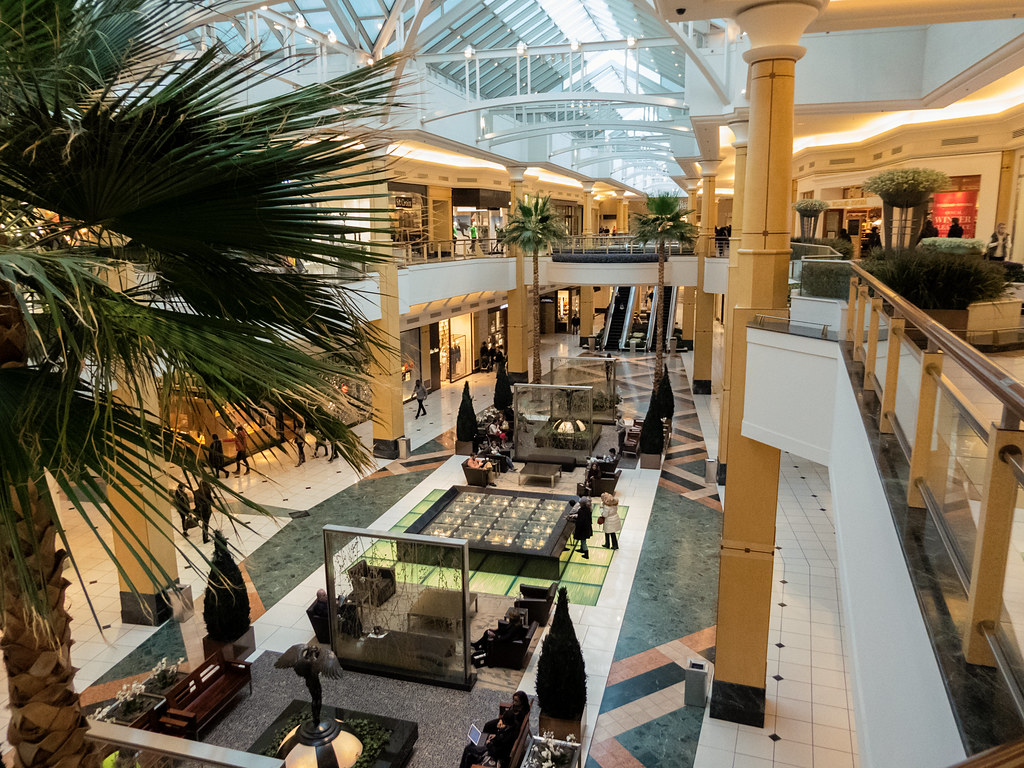 In my small way, I've contributed to the shopping pleasure and convenience of millions of people, including the many thousands who will crowd the mall today.  While many malls are in trouble or have closed, such as the Northland Mall next to where I teach, the Somerset Collection is still thriving.  One of these days, it will close, but not any time soon.

The mall has created one opportunity for sustainability that may not have existed otherwise.  It's home to a Tesla showroom, as Crain's Detroit Business reported last year.

After filing a lawsuit in federal court in September contesting Michigan's direct-to-consumer sales ban, the electric-vehicle maker on Thursday opened a one-car gallery in Troy inside the Somerset Collection.
...
The gallery occupies a small corner of the Nordstrom store inside the south portion of the mall. A sign within the gallery states Tesla "is not currently licensed" to sell electric vehicles from that showroom, and directs buyers to the automaker's website or its nearest store in Cleveland.

The next time I visit the mall, I'll be sure to check it out.  I will make me feel even less guilty about helping the mall be built more than 20 years ago.

*I'm not contrite enough for it to count as a true confession, although one could treat it as such.

**I was able to stop giving my colleague the cold shoulder, although I wasn't entirely friendly.  I couldn't attend his dissertation defense, as I had to teach at the time.  However, the bus my students and I took to the Matthei Botanical Gardens loaded right in front of Rackham Hall, where his defense was taking place, and was scheduled to leave just as he started.  I made a point of going up to wish him good luck and straightened his tie for him; I had never seen him wear one before and it was crooked.  I then boarded the bus and left to teach.  It was the last time I saw him.
Posted by Pinku-Sensei at 3:00 AM