Thus far, Anderson Cooper shows other politicians besides Alexandria Ocasio-Cortez dance on The Rediculist is the most read and commented on entry this month.  So when I saw Rep. Ocasio-Cortez Debunks Myths About A 70% Marginal Tax from 'The Late Show with Stephen Colbert' hot on the heels of a video from Vox on the same subject, I knew I had to write about it.  Here's the clip, which was uploaded to YouTube two days ago.

That was fun to watch in addition to being informative.  If Stephen and AOC didn't give enough details for my readers, How tax brackets actually work from Vox just might do the trick.

There is a common misunderstanding about how tax brackets work in the US, and it’s causing us to have uninformed debates about taxes.
...
The TEx crew took a deep dive into Representative Alexandria Ocasio-Cortez's proposal for a marginal tax rate of 70% for top earners in America. A lot of people are upset, and even more have no idea how it works.
...
When Rep. Alexandria Ocasio-Cortez proposed a 70 percent top income tax rate, many conservatives started saying Democrats wants to take away 70 percent of Americans’ hard-earned money. This is not only wrong, but it takes advantage of something Americans have long misunderstood: tax brackets. It’s time to fix that with a simple, paper-made video.

Here's to hoping my readers are smarter about tax brackets and less afraid of high marginal tax rates.  Besides, a 70% top marginal tax bracket was good enough for Dick Nixon, who was not only not a liberal, but an avowed anti-communist. 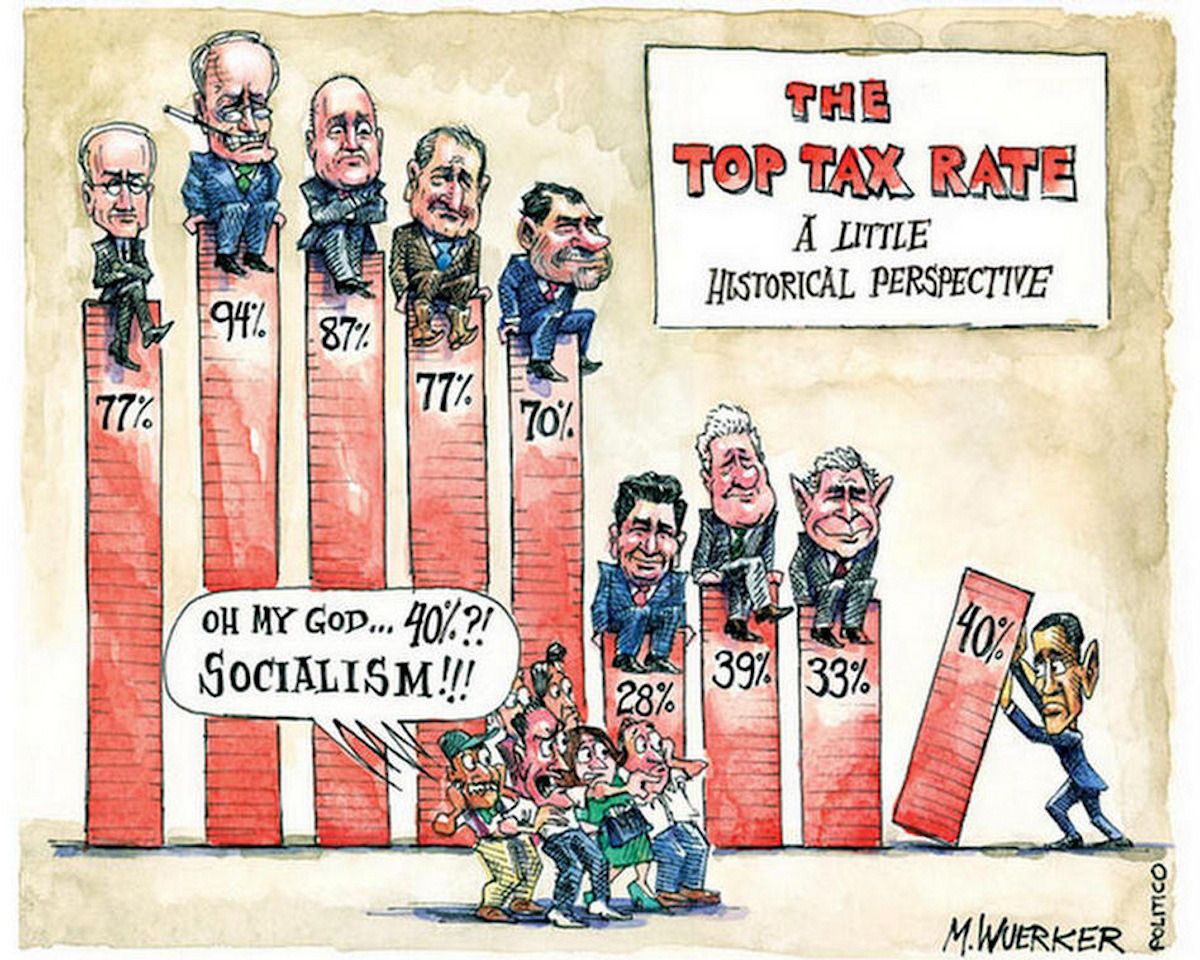 I'm sure I'll have more to write about Representative Ocasio-Cortez in the future.  In the meantime, stay tuned for an entry celebrating Irish Coffee Day and Coffee Party USA's birthday followed by a post or two I promised about the Oscar nominees.
Posted by Pinku-Sensei at 12:00 AM