We are still contributing to the slow increase in miles driven by Americans last year, as Advisor Perspectives/dshort.com quoting the U.S. Department of Transportation reported earlier this week.

Here is a chart that illustrates this data series from its inception in 1971. It illustrates the "Moving 12-Month Total on ALL Roads," as the DOT terms it. 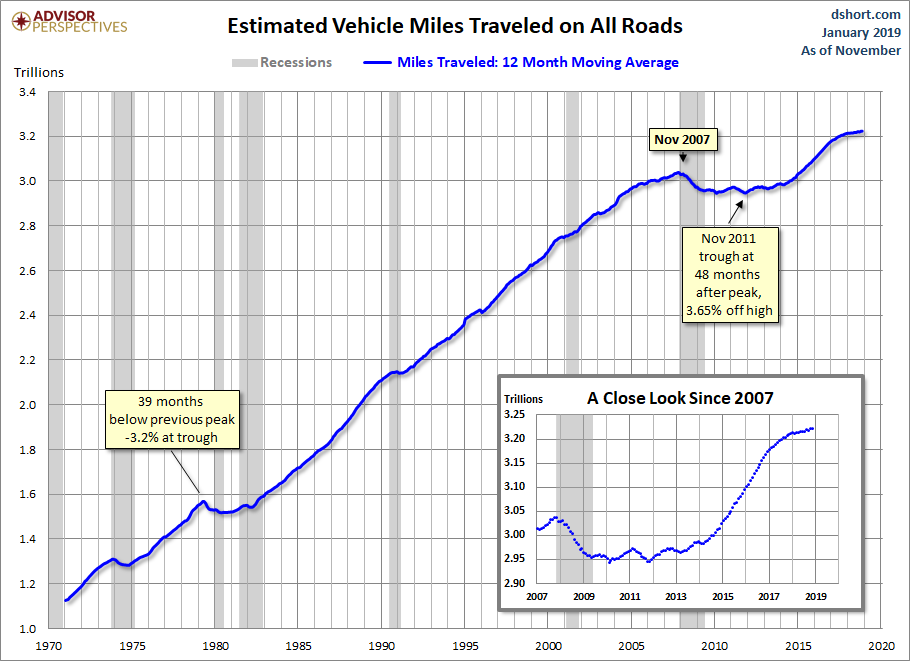 The only good news is that all of the aggregate increase in driving by Americans is from increased population, not the average American driving more.  At least our contribution to the twelve months ending November 2018 helped do that.

That's it for this month's driving update.  Stay tuned for two days of entertainment features for the holiday weekend.
Posted by Pinku-Sensei at 5:00 PM