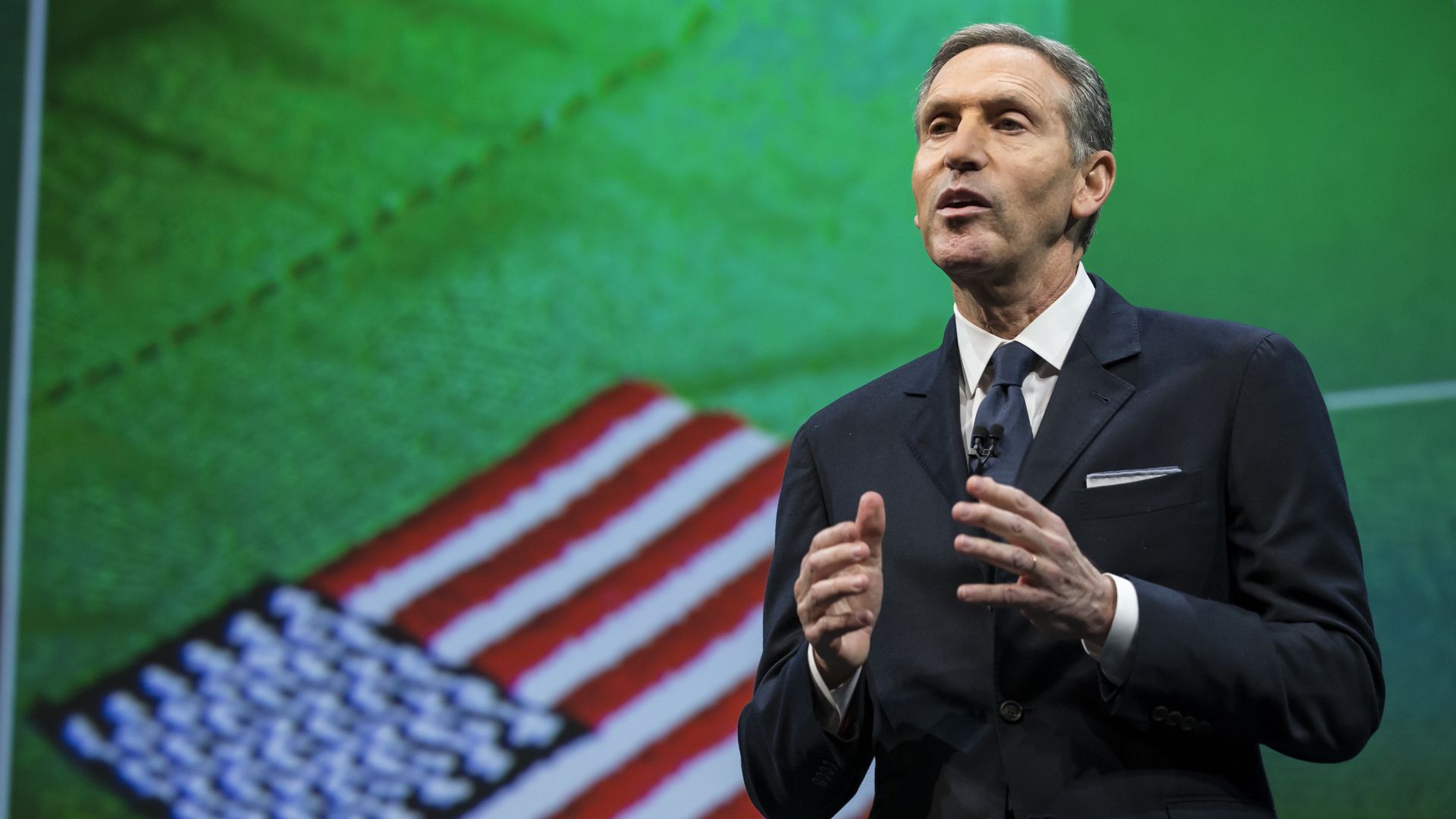 Last night, Former Starbucks CEO Howard Schultz said he's considering independent run for president on "60 Minutes."  That prompted a flurry of analysis and speculation on the cable news networks, beginning with CBS's own digital news service, which focused on the negative reaction to the announcement in Democrats fear Howard Schultz presidential run would help Trump win.

After having lost the previous election in the Electoral College while earning a plurality of votes, Democrats are in no mood for splitting the anti-Trump vote.  Three years ago, I wrote that 2016 could be a good year for minor party candidates and it was.

While 2016 was a good year for minor parties, it was not a good year for Democrats and they don't want to repeat that performance when they feel like they will need every available vote to defeat Donald Trump.

Follow over the jump for video segments from CNN and CNBC.

Howard Schultz, former CEO of Starbucks, says he is mulling an independent run for president in 2020.

Both CBS News and CNN brought up ballot access, which I agree would be a major hurtle for Schultz being even modestly successful.  John Avlon, seen on the left in this video, thought it was at least possible, bringing up the example of Americans Elect, which at least got ballot access in all 50 states, even if they ended up not running any candidate.  Avlon also thought that there are enough self-declared independents that Schultz has a shot.  On paper, yes, but I'm with Harry Enten on this; as a fan of FiveThirtyEight, where Enten used to work, I don't think Avlon should go against Enten's expertise.

CNBC had the most postive takes on Schultz in I don't think Biden and Schultz want to run against each other: Yale's Jeff Sonnenfeld.

Both Sonnenfeld and George represent the views of upper management and ownership, so of course they would be positive about Schultz's possible candidacy.  I'm not surprised they are using Elizabeth Warren as representing the kind of candidate and policy platform that Schultz is reacting to; she is the most liberal member of the Senate.  Yes, she's more liberal than Bernie Sanders — surprise!  The top 1% don't and won't like her, so neither would Schultz.  I doubt that will deter Warren or her supporters; it might only encourage them.

Another point both Sonnenfeld and George made was that Schultz is very much someone who doesn't like to work with others; he prefers to do things by himself.  That could be a problem for Schultz, especially since I agree that Schultz must start building his party now if he wants to run, says WaPo's Costa.

With this video, I return full circle to the reason for the opposition to Schultz running by Democrats.  The party has been scarred by its more recent experience with strong third-party candidacies beginning with Ralph Nader in 2000 and they don't want to repeat it, especially when the stakes are so high.  Of course, that was the case when Bill Maher and Sarah Silverman warned people against voting for Gary Johnson three years ago, yet it didn't stop them then.  That's why the Democrats continue to be nervous.