JCPenney and Macy's also closing stores in 2019, a tale of the Retail Apocalypse 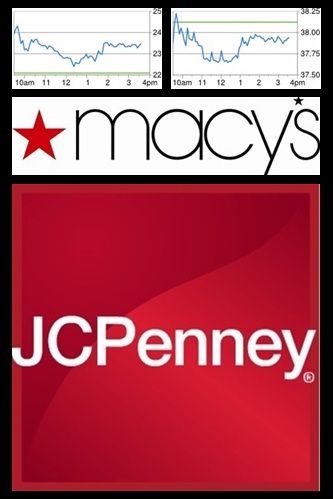 I have more news on how JCPenney and Macy's are faring in the Retail Apocalypse today, as Wochit Business reported yesterday Macy's and JCPenney Are Closing Stores.

Retailers JCPenney and Macy's have started off the new year with store closings. Business Insider reports that the two department-store chains are looking to trim down on expensive real estate to cut costs and boost growth. These closings follow embattled retailer Sears who also announced more than 260 store closings since it filed for bankruptcy in October.These department-store chains have come under pressure as spending increasingly shifts online and foot traffic to stores slows.

Business Insider, the source of the Wochit Business video, had more details.


On Tuesday, JCPenney reported disappointing holiday sales numbers and announced that it would be closing three stores in the spring. More would follow, it said, adding that these would be announced in its upcoming quarterly earnings results in February.

JCPenney isn't alone. Macy's has quietly announced a string of store closings in the upcoming months, including one store in Massachusetts, its last remaining store in Wyoming, and another in Indianapolis.

I may be done with the Sears Holdings bankruptcy for now, but the Retail Apocalypse continues to claim victims.
Posted by Pinku-Sensei at 9:13 AM