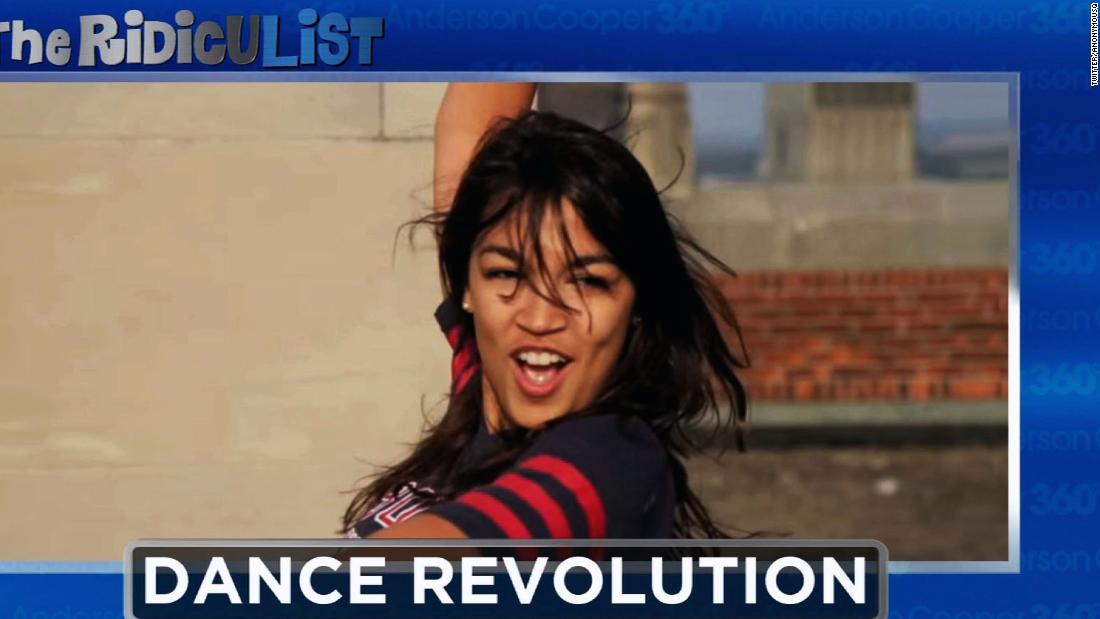 For today's Sunday entertainment feature, I'm taking a brief look at the nontroversey over a video of Alexandria Ocasio-Cortez dancing when she was in college.  As Reuters reported, the attempt to use it to shame her backfired.


An attempt to embarrass newly elected U.S. Representative Alexandria Ocasio-Cortez with a nine-year-old video showing her dancing while in college backfired when it drew a wave of support for the liberal lawmaker on social media.
...
Twitter comments broke along partisan lines, with opponents describing the dance video as showing immaturity while supporters saw it as cute.

The failed attempt maked The Rediculist on CNN last week as Anderson Cooper showed that Ocasio-Cortez wasn't the only politician known for dancing in Ocasio-Cortez gets praise from 'The Breakfast Club'.

After an old video of Rep. Alexandria Ocasio-Cortez dancing surfaced, CNN's Anderson Cooper takes a look back at other politicians who have busted a move on camera.

I'd rather watch Ocasio-Cortez dance than Rick Perry, that's for sure, although his inclusion demonstrates that young liberal women aren't the only politicians who can look silly while dancing.

Cooper wasn't the only one to have a good laugh at the incident.  Watch as Alexandria Ocasio-Cortez Dances, People Lose Their Minds on MSNBC's "All In With Chris Hayes."

An old video of newly sworn-in Congresswoman Alexandria Ocasio-Cortez dancing as a college student emerged - but didn't quite land as the attack it was intended to be.

I'd also rather watch Ocasio-Cortez dance than Paul Ryan flex.

While the anonymous Twitter troll botched this attack, that won't stop people on the Right from continuing their efforts.  To that I say, better luck next time — or maybe not.  I'll rather watch them blow it as hilariously as they did this time.
Posted by Pinku-Sensei at 7:12 PM