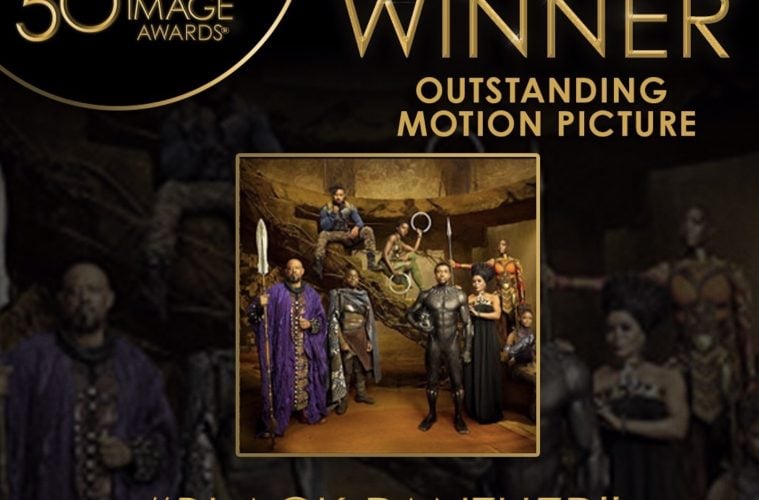 Three other movies won awards in categories where "Black Panther" did not earn a nomination.  Amandla Stenberg won Outstanding Actress in a Motion Picture for "The Hate U Give." "If Beale Street Could Talk" took home the statue for Outstanding Independent Motion Picture.  Finally, Samuel L. Jackson won Outstanding Character Voice-Over Performance (Television or Film) for his role in "Incredibles 2."  Congratulations!

Thus ends a year of honors for "Black Panther" that began with the Golden Trailer Awards and the Saturn Awards.*  Congratulations to the movie that most perfectly encapsulates all the topics I care about in entertainment, diversity, politics and government, and fantasy and science fiction.  It beats the next best movie that covers these subjects, "The Shape of Water," in all but fantasy.

I might return to the NAACP Image Awards to discuss the television winners as examples of not only diversity, politics and government, and speculative fiction, but also how electorates matter for awards shows.  In the meantime, stay tuned for an April Fools Day entry.

*That is, unless I decide to nominate it for this year's edition of the Coffee Party Entertainment Awards for movies.  I haven't decided yet.  On the one hand, as I wrote above, "Black Panther" is about all the topics I care about in entertainment, diversity, politics and government, and fantasy and science fiction.  On the other, it really isn't about the kind of politics and government that the Coffee Party might want to reward — violent succession struggles in a monarchy are the opposite of peaceful activism inside a democracy.  I have a week to think about it.
Posted by Pinku-Sensei at 4:59 PM