Thousands of U.S. students strike for the climate 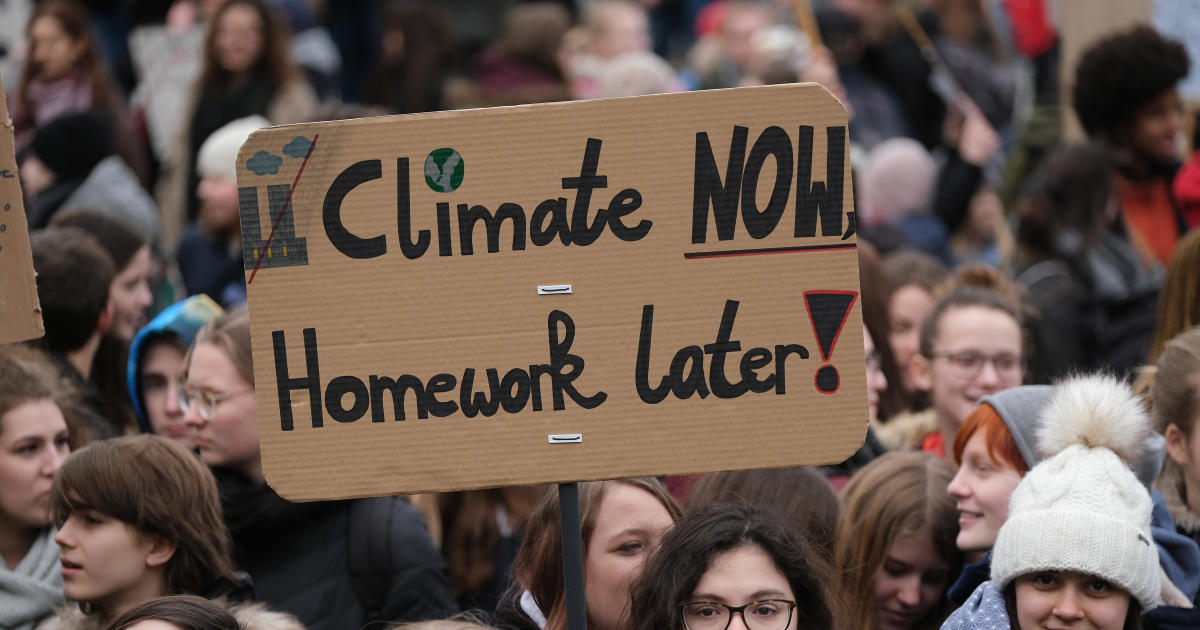 I told my readers yesterday to "stay tuned" at the end of Youth Climate Strike on the Ides of March as I might follow up on the U.S. demonstrations [today]."  I'm following through on this promise, beginning with an overview of the protests in the U.S. and elsewhere from NBC News in Students Across The Globe Go On Strike For Climate Change.

13-year-old Alexandra Villasenor has been on strike for four months after seeing Swedish teen Greta Thunberg calling out world leaders. She helped organize the protests across the U.S. on Friday.

I am glad to see that at least one news organization followed up on Villasenor's role in organizing the demonstrations here in the U.S. yesterday.  As for Thunberg, she will appear again and again as someone inspiring the protests.  Speaking which, both appear in CBS New York's report NYC Students Strike From Classes For Climate Change Protest, even if they are not mentioned by name.

This may be an even better overview of the extent of the national extent of the protests than the NBC News report above, even if it doesn't name Thunberg and Villasenor.  It also is the one that shows the participation of the Sunrise Movement in the marches.

Now for reports from local news sources.  Since this is a Michigan-based blog, I begin with MLive's Students stage walkout from high schools, gather on Diag for Global Climate Strike, which shows what happened at the University of Michigan campus in Ann Arbor.

My Facebook friend Yousef Rabhi should look familiar; he spoke at both the Tax March and the March for Science in Ann Arbor, where he made some of the same points at the latter.  I don't mind; some points bear repeating.

Follow over the jump for reports from the rest of the country.

Moving from east to west with the sun, begin the coast-to-coast survey of local coverage with Rhode Island students take part in worldwide climate strike from WPRI in Providence, Rhode Island, which also also covered protests in Boston.

Local organizers said the rally was inspired by Swedish political activist Greta Thunberg, who has organized days of striking from school since last year.

I said Thunberg's name would show up again and here it is.

Continuing down the coast, NJ.com reported Students in New Jersey walked out of class for a global climate strike.

This clip has the clearest explanation of what the students want of all I'm showing today.  It's also the first to mention the Green New Deal as one of their goals.  Also, as I wrote above, it mentions the role of Thunberg in inspiring the movement.


I'm glad to see the students be the change they want to see by reducing their own environmental footprint.  They need to be good examples as well as good activists.

I end this virtual journey across the country with KPIX in San Francisco reporting Bay Area Students Join Worldwide Strike to Demand Climate Action where the field reporter made the connection between this event and March For Our Lives.  Good question!

I am encouraged to see so many intelligent and dedicated young people working on this cause.  It gives me hope for the future.

That's it for yesterday's climate strike.  Stay tuned for a celebration of St. Patrick's Day.
Posted by Pinku-Sensei at 4:06 PM