WXYZ, WOOD-TV, and MLive on the first 4/20 since recreational marijuana became legal in Michigan 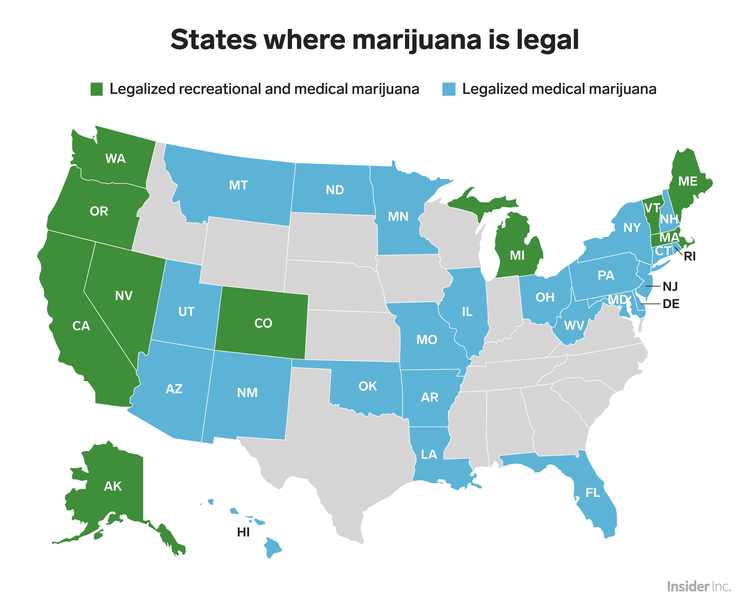 Since 4/20/18, the proposal to legalize recreational marijuana in Michigan passed.  To mark the occasion, I am sharing three videos to show how that referendum is being implemented and how it is changing the environment for legalization elsewhere.

I begin with WOOD-TV reporting on how municipalities in Michigan are implementing the proposal by opting out of allowing commercial production and dispensaries in Voters getting a say about marijuana sales.

Voters in Michigan decriminalized recreational marijuana in November, but in the months that have followed, dozens of municipalities have opted out of a major part of the voter-approved proposition which allowed for the manufacture and sales of weed.

I will have to follow municipalities where opting out is put on the ballot and whether those votes succeed or fail.


That was about the federal government allowing cultivation of industrial hemp, which is not the same as marijuana for medicinal or recreational use, but it's a start.

For an even better example of how Michigan legalizing recreational marijuana is changing the conversation about legalization on the national level, watch MLive's U.S. Rep. Debbie Dingell speaks at Hash Bash 2019 in Ann Arbor.

If nothing else, she said the right things to get that crowd to cheer.  It is also another good sign that the federal government is on the path to decriminalizing marijuana.  I couldn't have imagined her saying any of this a year ago.

As I have written before on this date, "Here's...to marijuana legalization following in the tracks of marriage equality!"
Posted by Pinku-Sensei at 5:27 PM