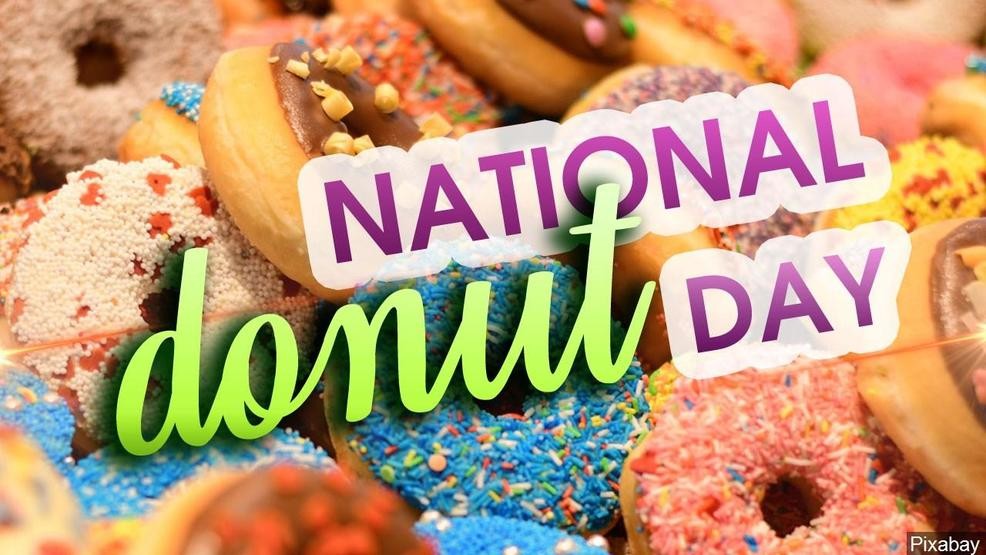 As I wrote in Detroit celebrates National Pancake Day 2015, I'm a sucker for holidays, even fake ones, especially if they involve food.  I'm even more of a pushover when I'm in an "I can't be all DOOM all the time" mood.  I'm in one of those moods, and today is one of those fake food holidays, so I'm putting off three serious entries I'm working on* and letting ABC News explain National Donut Day.

That was fun, but there is a serious purpose to the holiday as shown in WOOD TV8 & National Donut Day.

On a different serious note, I have a family connection to the invention of the donut, even if it's more legendary than historical.  Follow over the jump for the story.

I'm descended from the brother of Johnny Fry, the first Pony Express rider out of St. Joseph, Missouri.  He's connected to the origin of donuts.


Fry quickly gained a reputation for never failing to deliver the mail, regardless of weather or danger, and was a fast rider, averaging a speed of 12.5 miles per hour, including all stops. Local lore says that the donut was invented as a cake for Fry to eat while speeding by young girls homes near Troy, Kansas.

This is also family lore.  My father told me that the girls would try to give him cakes and cookies, but he rode so fast that when they tried to give them to him, they would just crumble.  The solution was a fried cake with a hole in the middle, which he could hook like a ring on a carousel.  Thus the donut was invented.

That's a really cool story.  Unfortunately, it's not the accepted one.  Smithsonian Magazine gives credit to someone else a couple of decades earlier in The history of the doughnut.


Fast-forward to the mid-19th century and Elizabeth Gregory, a New England ship captain's mother who made a wicked deep-fried dough that cleverly used her son's spice cargo of nutmeg and cinnamon, along with lemon rind. Some say she made it so son Hanson and his crew could store a pastry on long voyages, one that might help ward off scurvy and colds. In any case, Mrs. Gregory put hazelnuts or walnuts in the center, where the dough might not cook through, and in a literal-minded way called them doughnuts.

Her son always claimed credit for something less than that: putting the hole in the doughnut. Some cynical doughnut historians maintain that Captain Gregory did it to stint on ingredients, others that he thought the hole might make the whole easier to digest. Still others say that he gave the doughnut its shape when, needing to keep both hands on the wheel in a storm, he skewered one of his mom's doughnuts on a spoke of his ship's wheel. In an interview with the Boston Post at the turn of the century, Captain Gregory tried to quell such rumors with his recollection of the moment 50 years before: using the top of a round tin pepper box, he said, he cut into the middle of a doughnut "the first doughnut hole ever seen by mortal eyes."

Johnny Fry and his female admirers are not mentioned at all, not even to debunk the legend.  Darn.  Just the same, Happy National Donut Day!

*They are my weekly gas price post with bonus coverage of the OPEC meeting, a special cyberwar report covering China, Russia, and The Sith Jihad, and the monthly meta.  Stay tuned.
Posted by Pinku-Sensei at 8:00 PM