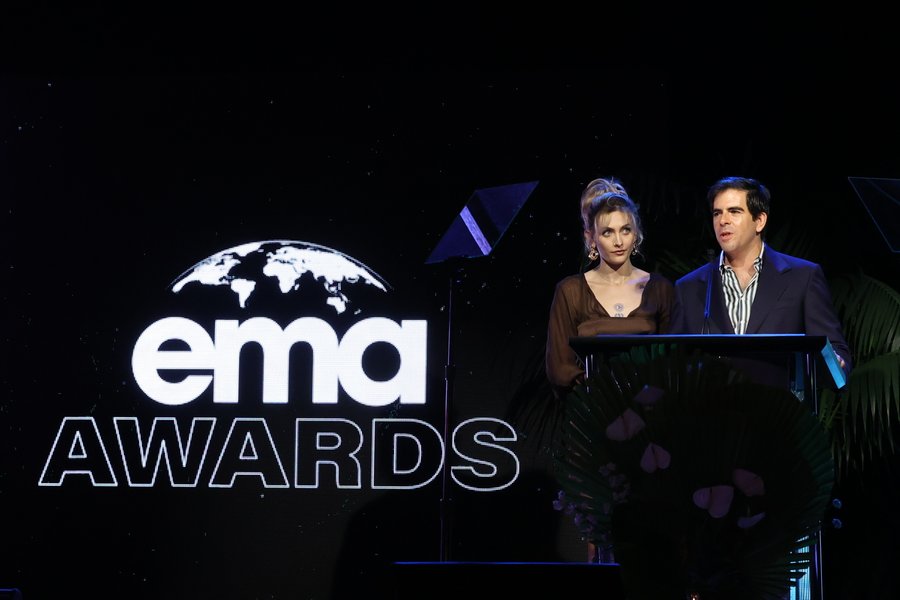 I concluded Emmy and EMA Awards for 'Abbott Elementary' on World Television Day by telling my readers "I plan on examining the rest of my picks [at the EMA Awards] for the next Sunday entertainment feature." Read as I compare my picks to win among the 2022 EMA Awards nominees with the actual winners. 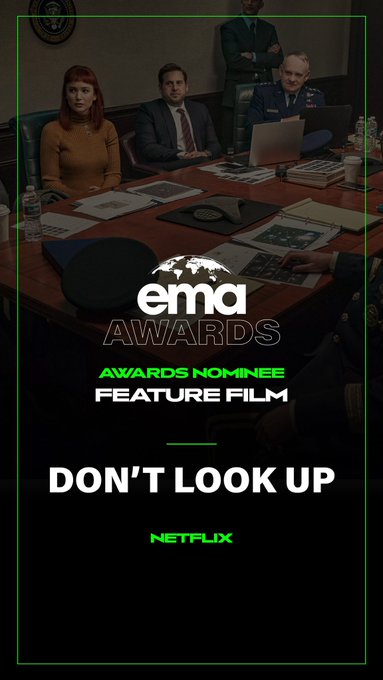 And "Don't Look Up" won. Congratulations! 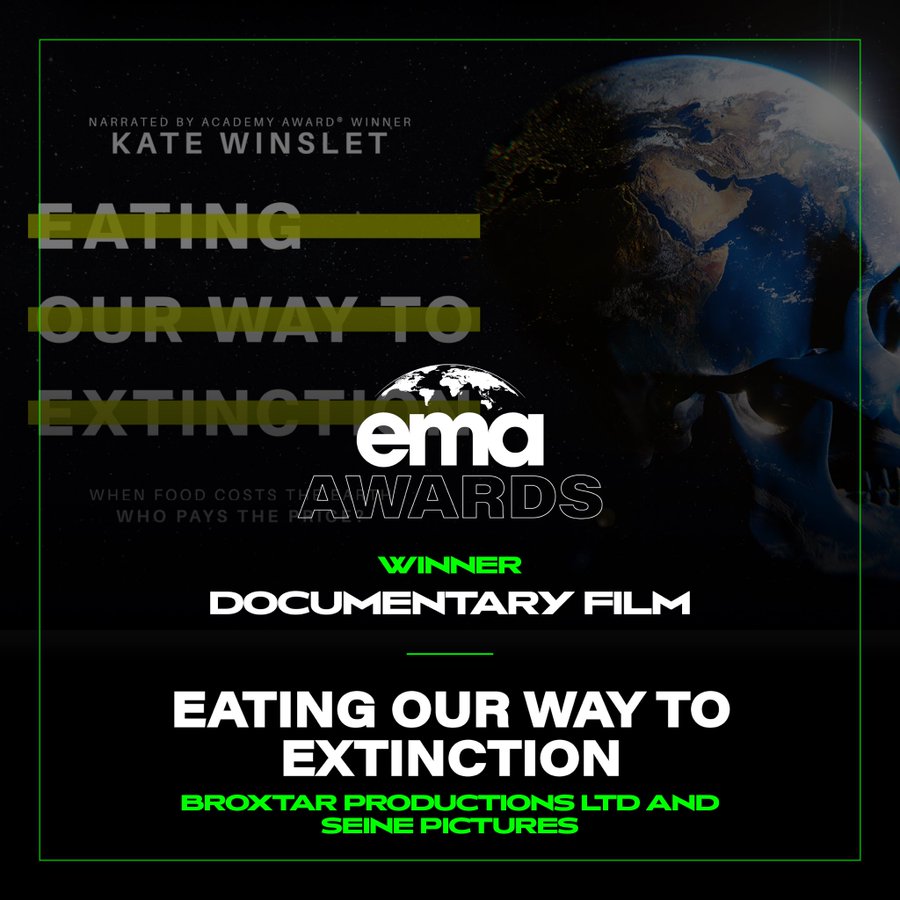 On the other hand, I had not heard of any of the Documentary Film nominees before. "Eating Our Way to Extinction" has the kind of star power that might sway the EMA voters. "Fin" has a more focused subject. I like the subjects of "Youth Unstoppable," but IMDB has a 2018 date for it, so what's it doing being nominated this year? Speaking of IMDB, I can't find an entry there for "Burning." I think it's a good field, but other than all the celebrities involved with "Eating Our Way to Extinction" and the two festival awards for "Youth Unstoppable," I have no good way to handicap their prospects. Any of them could win tonight.

"Eating Our Way to Extinction" indeed had the star power to sway the EMA voters, so it won. Congratulations! 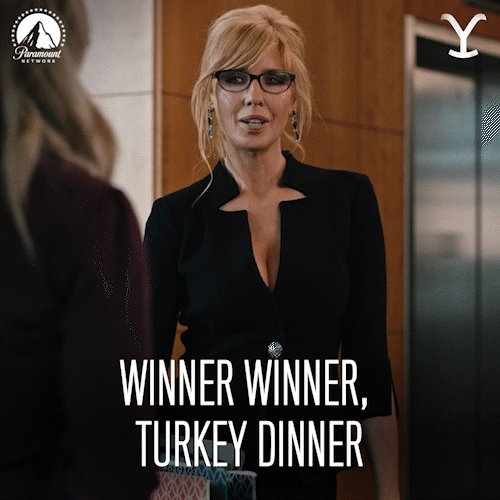 The science-fiction nominee is "The Man Who Fell to Earth," which was my second choice for Science Fiction TV Series: Network/Cable at the 2022 Saturn Awards, so I'm rooting for it to win tonight. However, "Yellowstone" is a popular show with an outdoors theme that might attract voters. On the other hand, I'd never heard of "Joe Pickett" before.

Time to be a good environmentalist and recycle for the next winner, "Abbott Elementary." 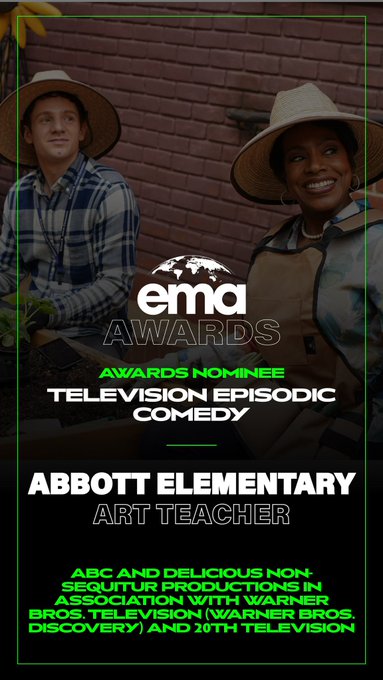 Hey, look, "Abbott Elementary"! I'll certainly root for it over "American Dad" and "Curb Your Enthusiasm" although the latter might surprise me with the environmental content of "The Watermelon." 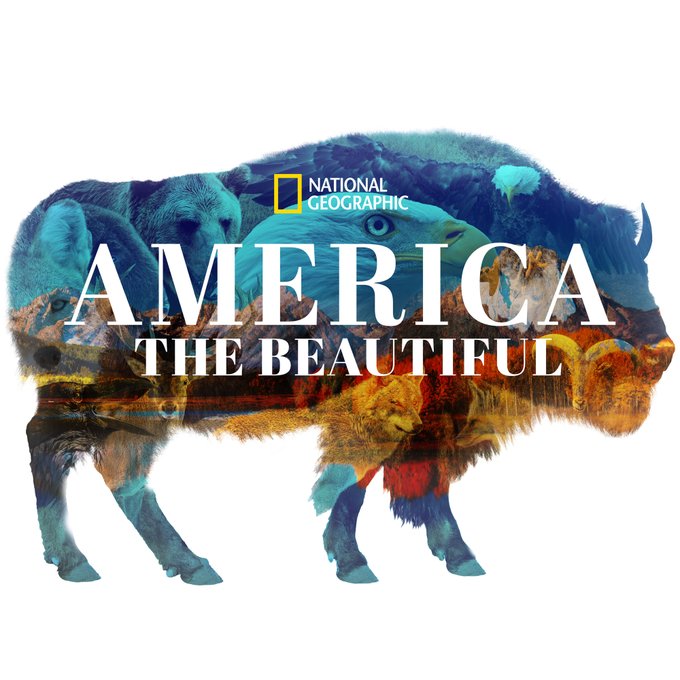 I have a better handle on the TV nonfiction nominees than I do for the documentary movies, even if I haven't seen them yet. National Geographic's "America the Beautiful," Netflix's "Three Mile Island," BBC Nature's "The Green Planet," and Hulu's "The Next Thing You Eat" all look like worthy shows for this category. Sight unseen, I'd pick "The Green Planet" based on BBC's production values, but the EMA cares about the message more than the delivery, so "The Next Thing You Eat" could win instead. I'll let myself be surprised by tonight's winner. 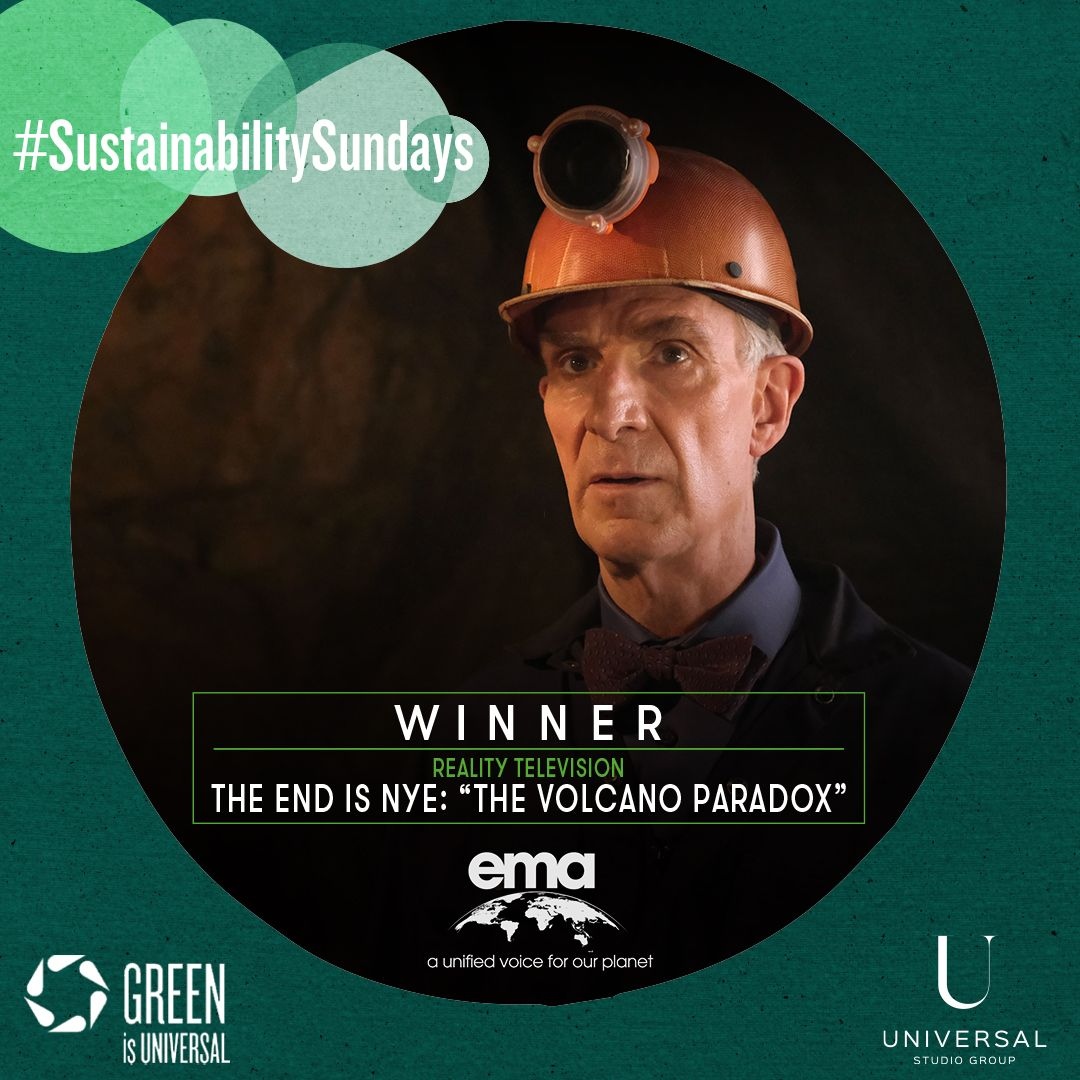 I'm glad to see that the people behind the Twitter campaign for "Chucky" at the Saturn Awards are also mounting one for "The End is Nye." It's enough for me to give it the advantage over "Home Sweet Home: There’s No TV?" and "Biggest Little Farm: The Return," although I think the latter has a good shot at winning.

Apparently the Twitter campaign and Bill Nye's star power added to the message of the show to propel "The End is Nye" to victory. Also, NBC Universal created a promotional Twitter image to celebrate the show winning to cap the awards campaign. Congratulations to Bill Nye, the crew of the show, and its producers. Keep up the good work!

I wrote the following about the nominees for Children's Television.

On the one hand, no "Sesame Street." On the other, "Teen Titans Go!" That's my personal favorite, complete with two villains named after plastics. However, I think the nominated episodes of "Kid Correspondent" and "Mickey Mouse Funhouse" might have stronger environmental messaging, so one of them might just win.

And "Kid Correspondent" won. I couldn't find a good image other than the preview for the nominated episode, so here is the entire video, Which Snack Is Best For the Planet?

Did you know the snacks we eat can affect the entire climate? Zoinks!!! That’s why Riah and Titus are checking out how making better food choices can help save everyone. Out in the field, Jack and Rosie compete to make the best smoothie for the planet in the Great Earth Shake-Off.

Plus special guest grown-up Chef Marcus Samuelsson stops by to encourage us all to become food detectives and to research what foods are better for the environment. Remember; say no to plastic and food waste and say heck yes to organic!!

Congratulations to the cast and crew of "Kid Correspondent" and keep up the good work! 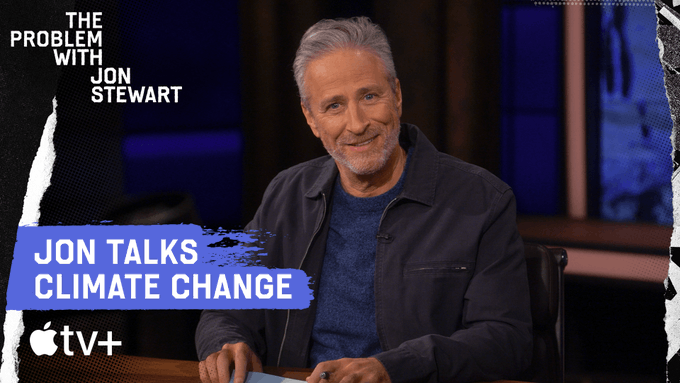 I don't know what was so environmental about the SNL Thanksgiving episode that Simu Liu hosted, although I enjoyed it. On the other hand, the episode titles for the nominated episodes of "Ziwe" and "The Problem with Jon Stewart" both explain why they earned their nominations. Among all of them, I'm rooting for Jon Stewart.

And I got my wish. Congratulations!

I close with The 2022 Environmental Media Awards Full Show.

I was waiting for the Environmental Media Association to upload this video before writing this entry and I think it was worth it, if only for the advocacy for sustainable diet and agricultural practices, sustainable production of movies and television, and electric and hybrid vehicles. That last is no surprise considering the sponsor. 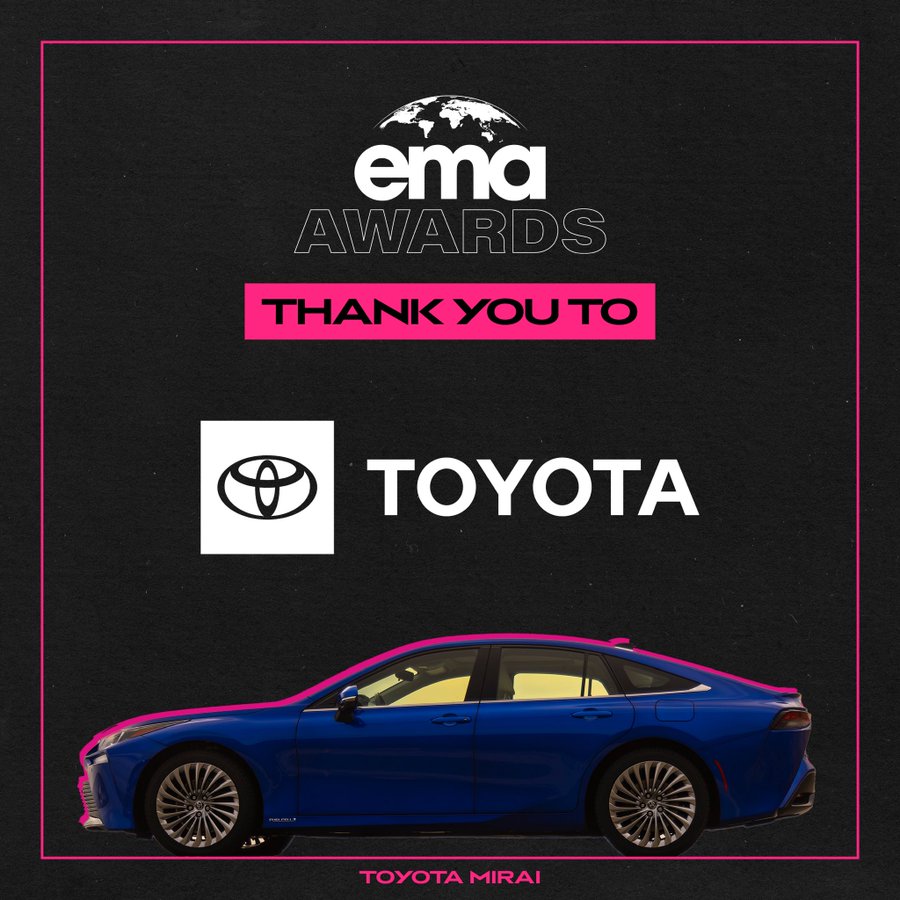 As a Prius driver, I approve.

Stay tuned for Cyber Monday.
Posted by Pinku-Sensei at 12:42 PM