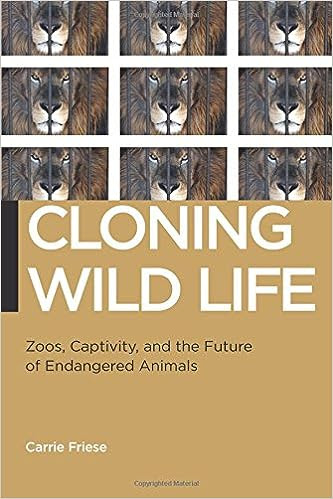 I usually mention using biotechnology to restore biodiversity in the context of de-extinction.  However, it can also be used to build the populations of still-existing species, as Endangered Animal Cloning explains.

- Brazil will be the 3rd country, along with the US and South Korea, working on the cloning of wild animals.
- The science of cloning has come a long way since the successful cloning of Dolly the sheep in Edinburgh in 1996. Dolly was the first mammal cloned from an adult cell.
- The 8 species the Brasilia Zoo will attempt to clone include the maned wolf, brush dog, grey brocket deer, bison, jaguar, black lion tamarin monkey, Collared Anteater, and the Brazilian Aardvark.
-2 years has been spent gathering 420 genetic samples of these animals from dead animals found in the outback of Brazil.
- All these samples are necessary for a process that has a 5-7% average success rate.
- Researchers at the Brasilia Zoo have previously produced over 100 living clones of cows and horses but the process for wild animals is different and the next stage is to get those researchers trained.
- That training will take place while the group waits for legal approval to begin the cloning process.
- Carlos Frederico Martins, one of the head researchers, would not say how long it could take to produce the first clone but he did say it would likely be a maned wolf.
- If they are successful in cloning a jaguar they will be the first ones to clone a big cat. With only about 15,000 jaguars it would be a welcome relief.
- Though, the zoo has said that they would only release the cloned animals into the wild if the species was nearing total extinction.

The two popular questions surrounding this story are, what animals should and shouldn't be cloned AND how else can cloning benefit our society?

With this installment, I'm done with videos from this summer's student presentations.  The next series of these will include videos from the fall semester just completed.
Posted by Pinku-Sensei at 12:00 AM