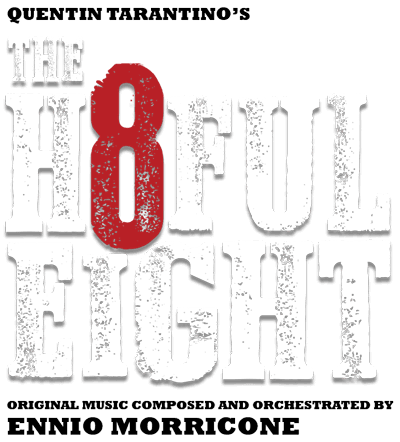 I've been teasing an entry about the music nominees at the Golden Globes since Music for moving pictures at the 58th Grammy Awards.  I put it off in Drinks for People's Choice movie winners and then promised it again at the end of 'The Martian' wins two Golden Globes.  It's time to follow through.

At least this year the Hollywood Foreign Press Association did not nominate a song from the Hunger Games movies, as they had the past three years.  I guess the combination of "Fifty Shades Of Grey," "Furious 7," and another James Bond movie were enough to crowd another nominee out.  Good, as I found most of those songs to be inferior compared to the competition.  Also, this is the first look at which scores might contend for the Oscar.

Enough about the nominees.  The winners are...


That was brief.  I think that's the only clip in which the winners didn't have to be told to hurry up.

Quentin Tarantino took longer when he accepted the award for Ennio Morricone Winning Best Original Score at the 2016 Golden Globes.

Ennio Morricone and Quentin Tarantino--that's almost too perfect a match, especially for Tarantino's take on a spaghetti Western.

Follow over the jump for music nominations from Critics' Choice and BAFTA awards as well as a look back at the Grammys along with what I think they portend for the Oscar nominees.

I find a remarkable amount of agreement among the awards shows, as four songs, "Love Me Like You Do," "See You Again," "One Kind of Love," and "Simple Song #3" are on all lists.  Add in Golden Globe winner "Writing's on the Wall," and I expect those will be the nominees for the Best Original Song Oscar--that is, if there are five nominees.  Some years, there have been only four.

Now for the scores.  First, the Critics' Choice nominees.

Next, the BAFTA nominees.

Two films, "The Hateful Eight" and "The Revenant," are on all three lists.  "Carol" and "Sicario" are on two.  Add in John Williams for "Star Wars: The Force Awakens," and those five look like a good set of Oscar nominees to me.  Stay tuned to see if my projections end up being right.
Posted by Pinku-Sensei at 12:05 AM