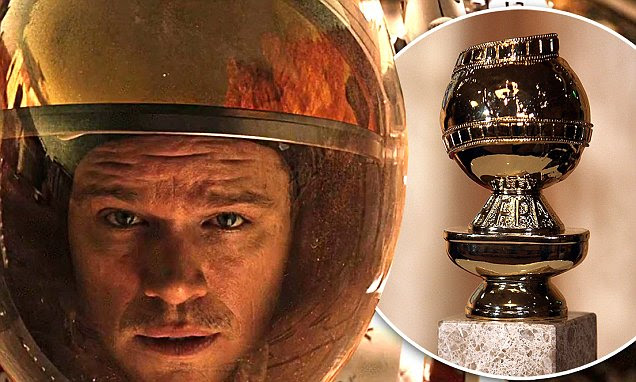 It's time to follow up on the winners in science fiction, fantasy, and horror at the Golden Globes.  First, "The Martian" won two of the three categories in which it was nominated, Best Motion Picture, Comedy or Musical, and Best Actor, Comedy or Musical.  When I wrote "Based on possible vote splitting and influence of box office, I expect Matt Damon to be the favorite," I was both right and lucky.  Here's NBC's clip of Ridley Scott accepting the award for "Best Picture, Comedy.

You can see why the Golden Globes are called "the drinky Oscars" in Scott's speech.

Next, Matt Damon accepts his Golden Globe for Best Actor in a Motion Picture, Comedy.

Matt Damon accepts the award for Best Actor in a Motion Picture, Comedy at the 73rd Annual Golden Globe Awards.

Damon was a lot more composed than Scott.  I think it's because he knew his kids would be watching.

Those were the winners I felt I called.  Follow over the jump for one that I missed completely. 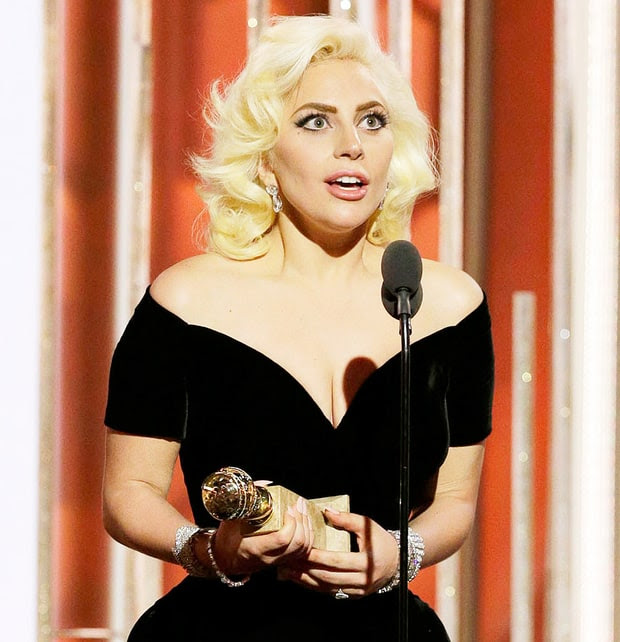 It embarrasses me to admit I wrote the following:

The final category is Best Actress in a Limited-Series or TV Movie, where Lady Gaga is nominated for her role in "American Horror Story: Hotel."  The other nominees include Kirsten Dunst in "Fargo," Sarah Hay in "Flesh & Bone," Felicity Huffman in "American Crime," and Queen Latifah for "Bessie."  I don't think Lady Gaga will win this one.  She should just be happy to be nominated.

The last time I wrote that was about "Face Off" in the Critics' Choice TV Awards, when I dismissed its chance by typing "As for 'Face Off,' it should just be happy it was nominated."  "Face Off" won, and so did Lady Gaga.

Lady Gaga accepts the award for Best Actress in a Limited Series or TV Movie at the 73rd Annual Golden Globe Awards.

First, I should write that more often for people I really want to win an award but don't think they can more often.  Second, I don't think she expected to win this award, either.

That's it for speculative fiction winners at the Golden Globes.  Stay tuned for an entry about the music winners as well as an obituary of a science fiction rock star.