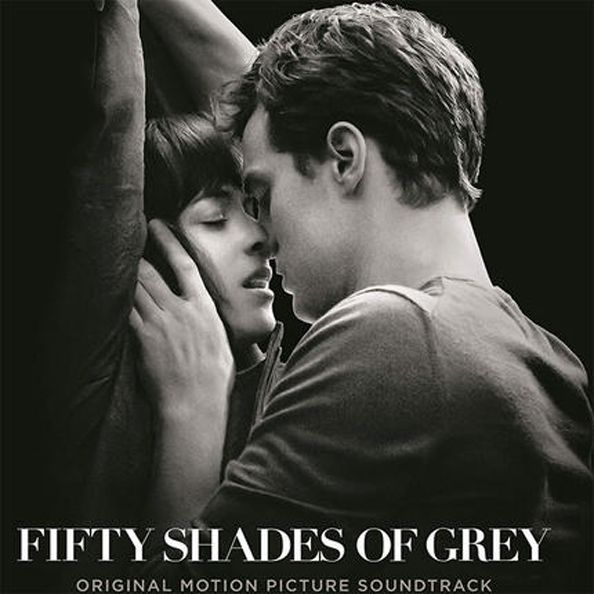 In Music for moving pictures at the 58th Grammy Awards, I opined about "Fifty Shades Of Grey" that "I suspect the music is the best thing about the movie, a point I'll return to later."  The awards shows have borne out the truth of my observation, as the Cleveland Plain Dealer notes 'Fifty Shades of Grey' going for Oscar and Razzie gold.

"Fifty Shades of Grey" has something none of this year's other Oscar-nominated films has: A Razzie nomination.

The film, which earned an Oscar-nom for Best Song (The Weeknd's "Earned It"), is up for six 2016 Razzie Awards, which [are for] the year's worst in film.

To the surprise of no one, Fifty Shades of Grey is amongst the four most nominated movies at this year’s Razzie Awards. The Razzies, which celebrate the year’s worst Hollywood movies and actors by awarding the winners (i.e. the losers) with Golden Raspberries, have awards for Worst Picture, Worst Actress and Worst Actor. And this year, it’s a four-way tie between Fifty Shades, Paul Blart Mall Cop 2, Jupiter Ascending and Pixels leading the nominations with six nods each.

Speaking of which, follow over the jump for the rest of the nominated songs and how my predictions of the nominees fared against reality. 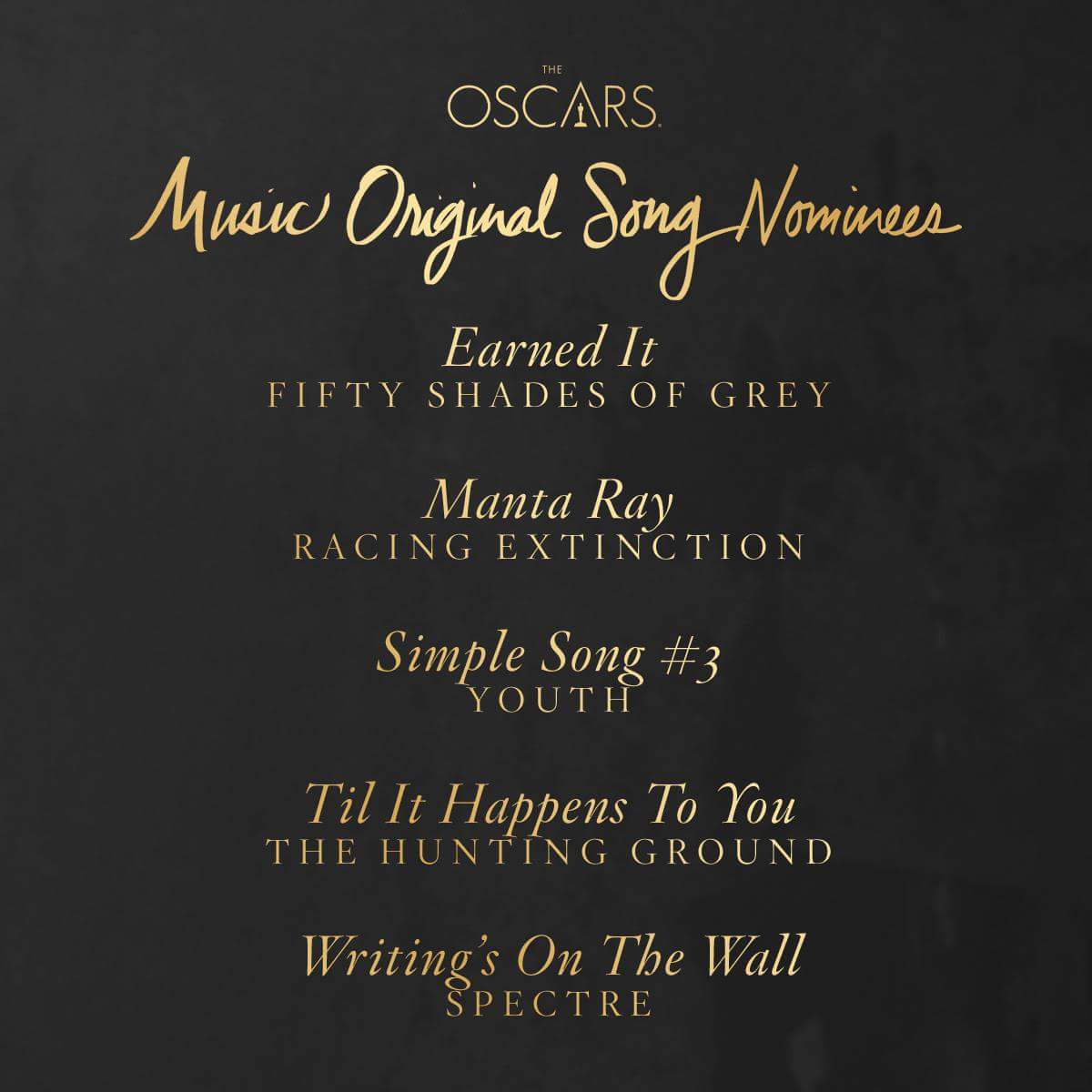 I listed my predictions for the music nominees in the conclusion to 'The Hateful Eight' and 'Spectre' win music awards at the Golden Globes.

I find a remarkable amount of agreement among the awards shows, as four songs, "Love Me Like You Do," "See You Again," "One Kind of Love," and "Simple Song #3" are on all lists.  Add in Golden Globe winner "Writing's on the Wall," and I expect those will be the nominees for the Best Original Song Oscar...

How did I do?  Wochit Entertainment mentions the nominees in Lady Gaga is Nominated for the Oscar for Best Original Song.

After winning her first Golden Globe, Lady Gaga now is nominated for an Academy Award for Best Song for "Til It Happens to You," a track she co-wrote with Diane Warren for the documentary The Hunting Ground. The film sheds light on rape on college campuses.

It's Lady Gaga's first Oscar nomination. The singer has been on a winning streak lately, scooping up her first Golden Globe for her performance in American Horror Story: Hotel (though that doesn't count toward the EGOT: Emmy, Grammy, Oscar, Tony).

Her Oscar competition includes some other mainstream heavy hitters. The Weeknd is nominated for his 50 Shades of Grey song "Earned It." Sam Smith is also nominated, for his Spectre theme "Writing's on the Wall," neatly following the path Adele set before him.

The other nominees include "Simple Song #3" from Youth and "Manta Ray" from Racing Extinction.

I did OK, but not great. I called "Simple Song #3" and "Writing's on the Wall," but missed the rest, although not by much.  I expected a song from "Fifty Shades of Grey" and I got one; it just happened to be the other one nominated for the Grammy.  Lady Gaga's song was nominated for most of the awards shows, but not all, and it was a close call as to whether to include it; I paid too much attention to the Golden Globes instead of the Grammys and missed it.

The real surprise was "Manta Ray."  That was on none of the other lists of nominees and replaced "See You Again" from "Furious 7," which was on every single other list.  Still, I'm not going to complain.  It's the only nomination for "Racing Extinction," which I thought would get a nomination for Best Feature Length Documentary.  Instead, it's in the same category as "Chasing Ice," which got a nomination for Best Original Song, but not for the film itself.  At least it's not in the category of "Blackfish," which was snubbed.  I still think that was an injustice, although the movie's creators are getting the last laugh, as SeaWorld is phasing out its Orca shows in San Diego in response to pressure from viewers of the film.  There are better rewards for a movie than awards.

*Some of the nominees are genuinely bad.  Some may be the victims of the voters beating up on trashy popular entertainment for women, no matter how well executed.  "Fifty Shades of Grey" and to a lesser extent "Jupiter Ascending" may be the recipients of such treatment.  I might have more to say about this when I write about speculative fiction at the Razzies.