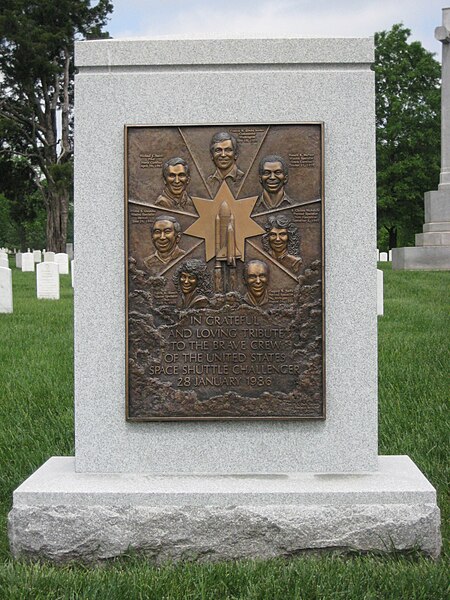 On January 28, 1986, the tenth mission of the space shuttle Challenger ended in tragic disaster. We remember the seven astronauts who lost their lives that day, including Christa McAuliffe, who was chosen by NASA to pioneer its Teacher in Space program.

Astronauts aboard the International Space Station lead a moment's silence with Nasa to mark 30 years since the Challenger space shuttle exploded upon launch, killing seven.

I mentioned one of my memories of the event in Twentieth anniversary of Northridge earthquake.

When I woke up, Regis and Cathy Lee were not on, as I expected, but news coverage.  I recognized immediately  that this was a bad thing.  The last time I saw news instead of the mid-morning show was when the Challenger exploded.

That was a shocker.  I had overslept and was upset with myself for missing the launch.  Instead, I got to see it over and over again.  The next time anything like that happened after the Northridge Earthquake was when 9-11 happened.  I slept through that, too, but got to see the events over and over again as well.  I still have to tell that story.  Here's to remembering to do so on the 15th anniversary of that disaster this September.
Posted by Pinku-Sensei at 10:03 AM