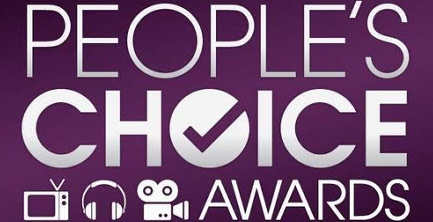 I'm going to take a rain check on the music entry I promised for Sunday in the footnote to Science fiction, fantasy, and horror at the Golden Globes.  I'll get to the music winners for the Golden Globes in a future post in reference to the nominees at the Critics' Choice and BAFTA awards.  Instead, I'm going to salute a couple of winners at last week's People's Choice Awards with drinks in their honor from Tipsy Bartender.

The first winning movie is "Furious 7," which won for Favorite Film and Favorite Action Film.

I'd have been rooting for "Jurassic World" in both categories.  After all, it was the opening weekend leader until "Star Wars: The Force Awakens" took over.  Also, I already posted drink recipes for it along with drinks for "Avengers: Age of Ultron."  I also posted entries about "Insurgent" and "The Scorch Trials," making "Furious 7" the only action movie nominee I did not write about--until now.  It looks like being the one non-science-fiction nominee in a field full of them made it stand out.  At least "The Martian" won for Favorite Dramatic Movie over "The Age of Adaline," "Fifty Shades of Grey," "The Longest Ride," and "Straight Outta Compton."  That's a case where being the sole science fiction movie ("Age of Adeline" is a fantasy) helped it stand out.

Enough of my opinions about the nominees and winners.  Here's Skyy and Inna with the drink for the movie, The Fast and Furious Cocktail - Tipsy Bartender.

Follow over the jump for the second movie, "Minions."

The movie itself was nominated in only one category.

I'm surprised, as I expected "Inside Out" would win.  Well, maybe with the critics, actors, and animators voting, it will win the more prestigious awards later in the year.  Stay tuned for my coverage of those.

One of the voice actresses was nominated for two awards.  She lost the one for being a voice actress, but won for her live-action work.

Everybody loves The Minions! They're cute, funny and now they're a cocktail. Enjoy!

Once again, Skyy and Inna are having too much fun.
Posted by Pinku-Sensei at 12:00 AM