'Spotlight' gets the recognition it deserves from the awards shows 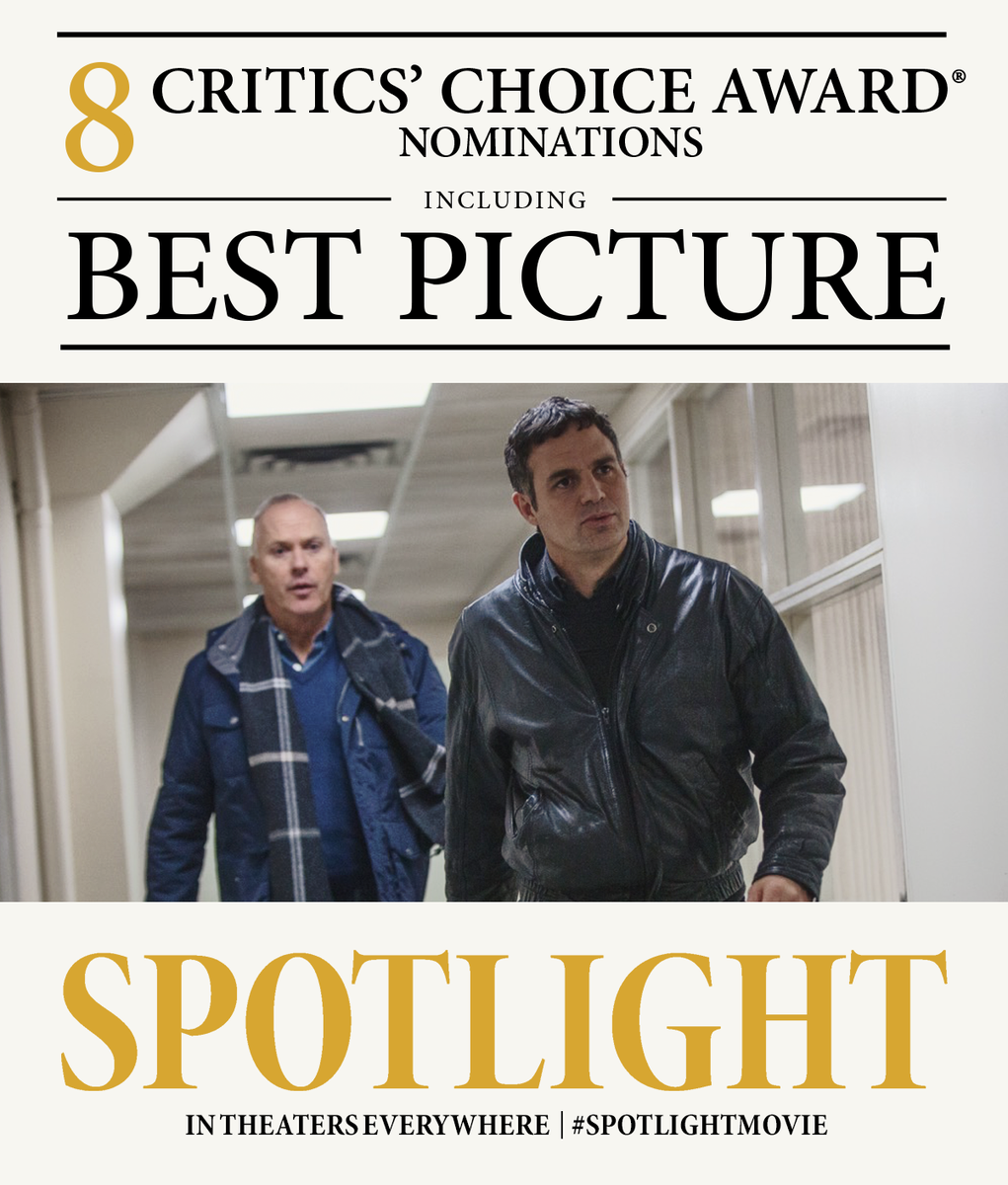 Kunstler opened Shining a Light with a summary of the movie "Spotlight."


The just-released movie Spotlight is about a Boston Globe investigative reporting team circa 2001-02 that uncovered and documented a vast network of child sex abuse by priests in the Catholic Church that had been on-going for decades. More to the point, Spotlight revealed the institutional rot at the very top of the Boston Catholic Church hierarchy, led by then-Cardinal Bernard Law — which marinated church personnel in a code of secret atrocious behavior enabled by systematic lying and deception. In effect, the church gave permission to its foot-soldiers, the parish priests, to engage in whatever sexual antics they wished to, with a tacit promise to shield them from the reach of the courts. The civil authorities of Boston, heavily Catholic due to Boston’s demographics, assisted the church by throwing up every legal obstacle they could to deter the victims and their advocates in the search for justice — and to put an end to the predation of children by priests.

That was the story that Spotlight told, and it did that very economically, without grandstanding.

That's about as positive a passage as Kunstler is likely to produce in response to any part of modern culture.  Of course it wouldn't last, as he used that to springboard into a diatribe against the current state of journalism.  That and my reaction to it, might be subjects for another time.  Since it's Entertainment Sunday, I'm concentrating on my comment on the movie itself.


As for our host's musings on "Spotlight," a Wall Street Journal critic ended his review of the James Bond flick "SPECTRE" by praising "Spotlight," saying it was a much better movie.  That didn't stop "SPECTRE" from becoming number one at the U.S. box office, staying there until "The Hunger Games" Mockingjay-Part 2" dethroned it.  Oh, well, no accounting for the taste of the movie-going public.  Maybe the voters for the awards shows will give "Spotlight" its due.

So far, they have.  Follow over the jump for the nominations the film has received so far.

"Spotlight" was nominated for Best Dramatic Film at the Golden Globes.  The good news is that it's not competing with "The Big Short," which is a nominee for Best Comedy Film.  The bad news is that it is contending for the award against the movies in the graphic, "Carol," "Mad Max: Fury Road," "Room," and "The Revanent," although that's bad news for the other films, particularly "Mad Max: Fury Road," for reasons I'll explain later.  At least the two science fiction films nominated at the Golden Globes won't have to compete against each other, as "The Martian" is considered a comedy.

In other categories, Tom McCarthy of "Spotlight" was nominated for Best Director against Todd Haynes for “Carol,” Alejandro G. Iñárritu for “The Revenant,” George Miller for “Mad Max: Fury Road,” and Ridley Scott for “The Martian.”  In this category, the two critically acclaimed sci-fi films are competing directly against each other.  The movie was also nominated for Best Screenplay – Motion Picture, contending with “Room,” “The Big Short,” “Steve Jobs,” and “The Hateful Eight.”  Now "Spotlight" and "The Big Short" are fighting for the same award, although with this competition, neither might prevail.

At the SAG awards, "Spotlight" is up for Best Performance by a Cast against "Beasts of No Nation," "Straight Outta Compton," "The Big Short," and "Trumbo."  In addition, Rachel McAdams is competing for Best Supporting Actress with Rooney Mara for "Carol," Helen Mirren for "Trumbo," Alicia Vikander for "The Danish Girl," and Kate Winslet for "Steve Jobs."  It has a chance for the first, but the field looks very intimidating for the second.

As for why I think "Spotlight" is tough competition, I'll refer to the betting markets.  Right now, PredictWise calculates that it has a 52% chance to win Best Picture at the Academy Awards.  The next closest is "The Revenant" at 12%, with "The Big Short" at 5% and "Carol" and "The Martian" at 4%.  Those are prohibitive odds.
Posted by Pinku-Sensei at 12:00 AM