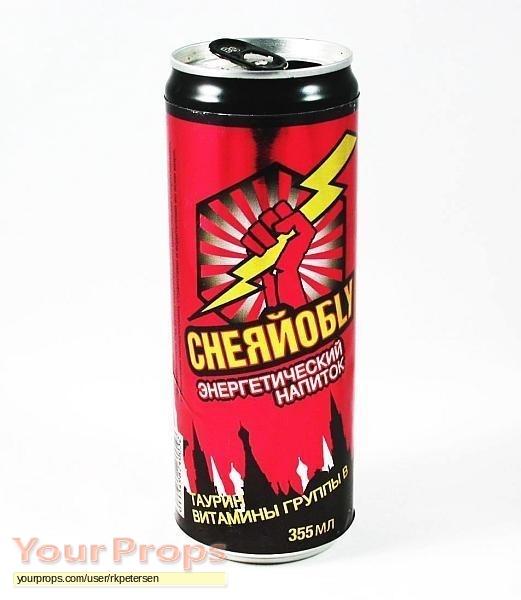 I introduced Drink to nuclear reactors on the anniversary of Three Mile Island by noting the proximity on the calendar of the three most famous nuclear disasters.

March is a good month for this drink.  Fukushima happened on March 11, 2011, and Three Mile Island happened on March 28, 1979.  As for Chernobyl, that has to wait until next month, when April 26 will be the 30th anniversary of the disaster.

That was yesterday.  I then concluded with this program note.

I already have an appropriate drink selected for the 30th anniversary of Chernobyl...

With that introduction, I'll leave the serious observations of yesterday's anniversary over the jump and begin with the drink humor from Tipsy Bartender: How to make the Nuclear Rainbow.

It's a beautiful drink and it's very potent....THE NUCLEAR RAINBOW! This is a layered cocktail with a gorgeous array of colors. This drink is all about presentation and perfect for impressing your friends with your awesome bartending skills! The layering effect takes some practice so watch and learn how to do it successfully. Layering is a great skill to have in your repertoire and if you can master it you'll be able to make all kinds of badass cocktails like this one!
...
NUCLEAR RAINBOW
1oz Melon Liqueur
1oz Sweet & Sour
1oz Grenadine
1oz Blue Curacao
1oz Bacardi 151

I picked this drink because of the colors seen from the open reactor core.

A shimmering plume of rainbow-colored light shot straight up, lighting the sky for miles. According to our guide, some residents rushed closer to watch the exploding reactor — unaware of the danger — later claiming it was the most beautiful thing they’d ever seen.

On that note, follow over the jump for more serious videos about the disaster.

For an overview, I begin with Chernobyl anniversary: Radiation remains 30 years after world’s worst nuclear accident from Tomonews.

PRIPYAT, UKRAINE — Thirty years after a botched experiment resulted in a catastrophic nuclear disaster, engineers are still working to contain the radiation.

Reuters reports that on April 26, 1986, an explosion tore through a reactor at the Chernobyl nuclear power plant in Pripyat, Ukraine. It sent deadly clouds of atomic material into the air and is considered to be the world’s worst nuclear accident.

Months after the blast, a concrete sarcophagus was built over Reactor 4 to contain the radioactive material inside.

Years later, radiation is still present. A recent investigation carried out by the Associated Press showed that milk from nearby farms contained a radioactive isotope 10 times higher than the allowed limit.

With the sarcophagus having since deteriorated, engineers are currently building a giant stainless steel arch more than 350 feet high and 500 feet long to replace it, according to the Wall Street Journal. Called the New Safe Confinement, the 36,000-ton structure will be wheeled in place upon its completion in 2017, effectively sealing the sarcophagus.

Giant hover cranes in the arch will then disassemble and clean up the exploded reactor contained inside, reports National Geographic.

More than 40 countries donated funding for the arch, which is expected to prevent further leaks for the next 100 years.

Euronews has more about the ongoing health effects of the disaster in Chernobyl: thirty years on, health issues remain.

Thirty years after one of the world's worst nuclear disasters, the question of radiation contamination at Chernobyl has not gone away.

A "2005 report from the WHO":http://www.who.int/mediacentre/news/r... found 41 people died from trauma related to the 1986 explosion and predicted 4,000 in total would eventually die from radiation exposure.

National Geographic has more about the wild animals mentioned at the end of the video in 30 Years After Chernobyl, Nature Is Thriving.

Thirty years after the Chernobyl nuclear accident, people are still restricted from resettling the evacuation area, dubbed the Chernobyl Exclusion Zone. The absence of humans has created an opportunity for nature to thrive. A new study using remote cameras reveals abundant populations of gray wolves, raccoon dogs, and red fox.

Finally, while the chronic threat from radiation remains, the acute threat has faded, making the site the answer to the question posed by Voice of America--World's Most Exotic Tourism Destination? Chernobyl.

Thirty years after the 1986 Chernobyl explosion, that threatened much of Europe with a radio acticve cloud, the site of the nuclear disaster has become a popular tourism attraction, especially for foreigners. VOA’s Oksana Lihostova and Ruslan Deynychenko visited the Chernobyl Exclusion Zone recently to find out why people want to visit the site. Mollie McKitterick narrates their report.

The one place where Judgment Day has already happened--that alone makes it an appropriate topic for this blog.