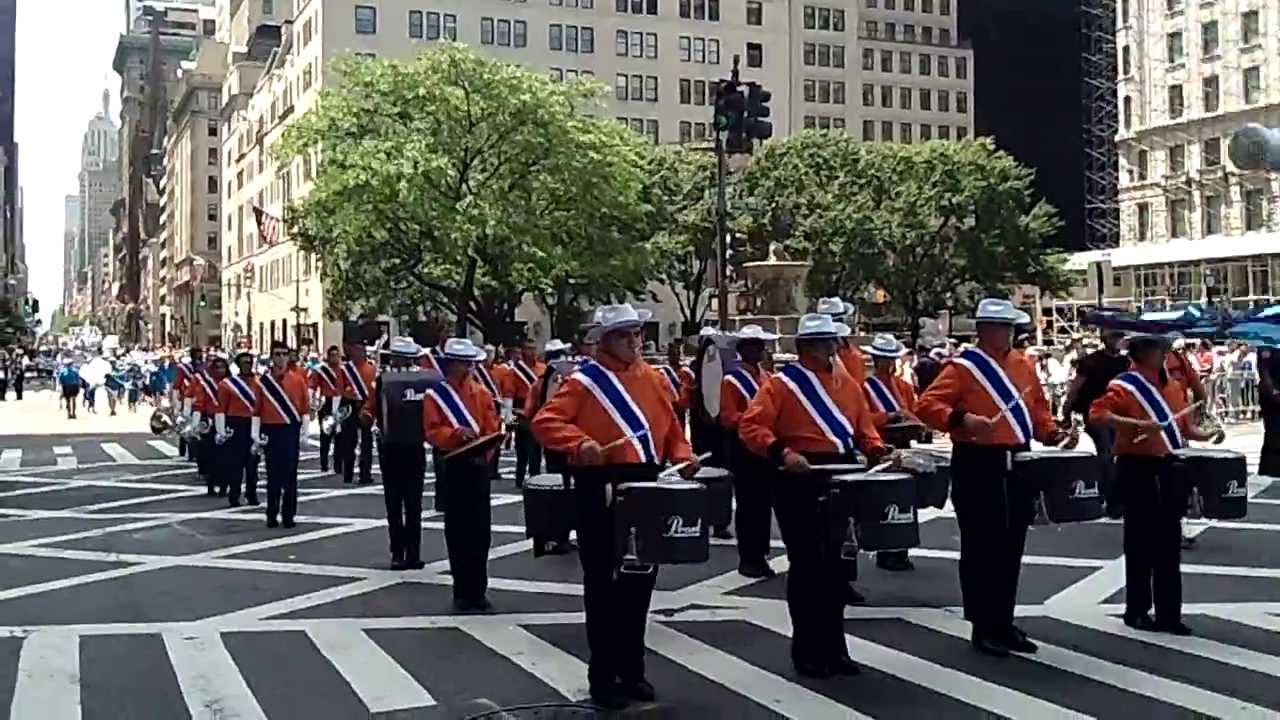 Today is the primary in the home state of three of the candidates, Donald Trump, Hillary Clinton, and Bernie Sanders.*  According to FiveThirtyEight, Clinton and Trump each have a 99% chance of winning the Democratic and Republican primaries, respectively.  If true, this should end the streak of Sanders and Cruz victories in Utah, Idaho, Wisconsin, and other states ending in Wyoming.  As a Sanders supporter, I'd say I would be disappointed, if not surprised, but I don't even have high enough hopes for Sanders to really be disappointed.  Then again, New York could be like Michigan, which Sanders won in a shocker.  Honestly, I don't think the polls in New York will be that off.

While my readers are awaiting the results, I present three New York drum corps to watch and listen.  As I promised two weeks ago, today is "a senior corps spectacular."  I begin with the 2015 Long Island Sunrisers.


Their DCA performance is here.

No survey of active New York senior corps would be complete without the New York Skyliners.  Here is the best performance of them available on YouTube, a segment of their 1977 performance at DCA.


For something more recent, click here for the 2015 Skyliners Alumni.

Enjoy the marching music.  The next installment of this series should be next Tuesday, when I'll feature corps from Connecticut and Pennsylvania.  In the meantime, stay tuned for marijuana legalization and decriminalization news on 4/20, a retrospective on Throwback Thursday, and Earth Day news on Friday.