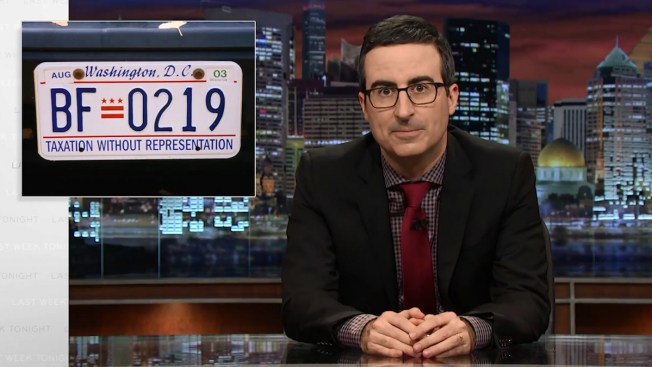 Yesterday, I told my readers to "Stay tuned" as "I'm planning on posting another [John Oliver video] on D.C. Statehood tomorrow, as a follow-up to Vox on Puerto Rico statehood and John Oliver on territories."  Watch Washington DC Statehood: Last Week Tonight with John Oliver (HBO).

Washington DC experiences taxation without representation. It's also missing from rhyming state songs. John Oliver and a group of singing children fix one of these problems.

If one is in favor of A 51st star for Puerto Rico, then one can also support a 52nd star for Washington, D.C.  It will take more work than statehood for Puerto Rico, as it might require amending the U.S. Constitution if a voting rights bill can't be worked out, but that doesn't mean people shouldn't try.