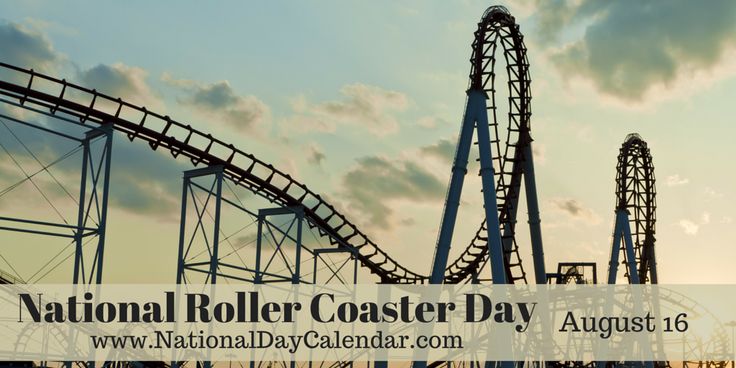 Each year on August 16th, you will find people at amusement parks and theme parks across the country participating in National Roller Coaster Day.

J.G. Taylor received one of the earliest patents for an inclined railway in 1872.  In 1878, Richard Knudsen received a patent for an inclined-plane railway.  For years, history has believed the first roller coaster in America opened at Coney Island on June 16, 1884.

Thanks to the digital age and many archived news papers being digitized, and article was discovered reporting the anticipated excitement of J.G. Taylor’s elevated railway in 1872 at Rocky Point, Rhode Island. According to the Providence Evening Press from June 18, 1872, the reporter describes a ride of 400 feet where nine passengers are given a shove and gravity does the rest.

The oldest roller coasters are believed to have originated from the so-called “Russian Mountains.”  Built in the 17th century, these were specially constructed hills of ice that were located near Saint Petersburg, Russia.  The slides were made to a height of 70 to 80 feet consisting of a 50-degree drop and were reinforced by wooden supports.

A roller coaster consists of one or multiple cars on a track, similar to a specialized railroad system that rises in designed patterns, sometimes with one or more vertical loops.

National Roller Coaster Day has been celebrated since a 1986 proclamation by a national newspaper according to the website nationalrollercoasterday.com. However, we were unable to identify the newspaper or the reason for proclaiming the day on August 16. None of the patents issued either to Richard Knudsen, J.G. Taylor or any other inventor of their time were applied for or granted on that date. None of the roller coasters opened on that date. Whatever the reason, National Roller Coaster Day recognizes the amazing thrills the rides continue to provide as well as nostalgic feelings they stir up.

As my readers can tell, I'm in an "I can't be all DOOM all the time" mood.  Being serious, or at least taking a silly take on a serious topic, for nearly three weeks straight is getting to me.  So here is a science fiction take on a light topic, roller coasters, from Defunctland: The History of Disney's Best Coaster, Space Mountain: From the Earth to the Moon.

And now, a song for the holiday: Red Hot Chili Peppers - Love Rollercoaste.

"Love Rollercoaster" was covered by the Red Hot Chili Peppers in 1996. This version includes a rap performed by lead singer Anthony Kiedis, and the horn section is replaced with an approximation played on kazoos. The version appears on the soundtrack for the animated feature film Beavis and Butt-head Do America. An animated music video was made for the song, featuring Beavis, Butt-head, and the band riding an amusement park roller coaster, intercut with scenes from the film. The song is played early in the movie as well, when Beavis and Butt-head arrive in Las Vegas. In the dance hall scene, a fictional funk band is shown performing the song live (the one appearing on the background of the single cover). The song didn't enter the top 10, but it did hit #14 on the Modern Rock Tracks.

For some drinks, I'm sharing 5 MUST-GET Disney World Drinks for 2018!

It's no secret that Disney World is ALWAYS changing their lineup of food and drink offerings, and today we wanted to show off a couple of our favorite drinks that are new or that we want to make sure you don't miss out on!

That should be enough stress relief for both my readers and me.  I promise to be more serious tomorrow, when it's National Nonprofit Day.  Stay tuned.
Posted by Pinku-Sensei at 9:14 AM