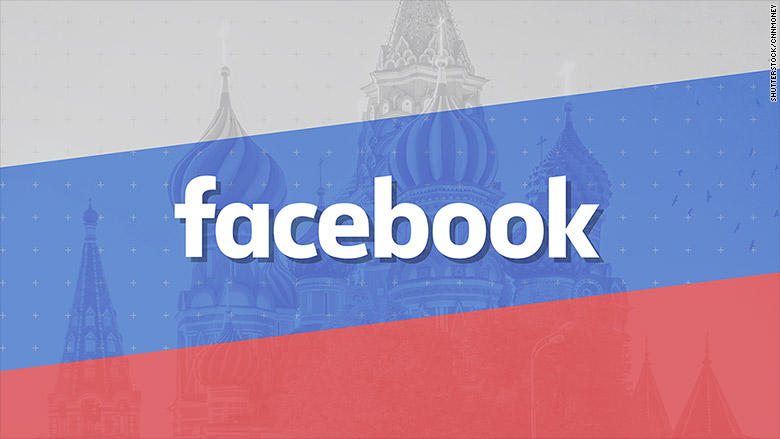 It's a new month, so it's time for a new installment of Putin's hackers and agents.  June's episode had Vox explain how Russian trolls weaponized social media.  The advice for July again featured Vox, who explained how not to get phished (like the DNC).  This month, I have videos from WUSA 9 in Washington, D.C. and CNN on the latest developments.

I begin with WUSA, which summarized the situation in Election interference is happening now on August 2, 2018.

Foreign agents are interfering in our country's elections.

For more detail, follow over the jump for five videos from CNN outlining the nature of the threat and how the adminstration is responding inconsistently to it with the intelligence community taking it seriously while Donald Trump discounts it.*

CNN's coverage of the most recent events commenced six days ago with Facebook: Russia possibly behind fake profiles.

As I wrote above, the intelligence community takes it seriously, while Trump does not.  Also, I have to agree with William Kristol about Trump being the biggest single source of fake news.  However, that reminds me of my comment on Giuliani Concedes that Impeachment is Coming at Booman Tribune.

Even a stopped clock is right twice a day.  BTW, this is what makes me worried that is on our side re: Trump.  He's always wrong!

I hope Kristol's record for truth has improved for the sake of my peace of mind.

Next, I present CNN's report on the event that spurred WUSA to report its segment three days ago, Dan Coats: Russia continuing to interfere.

Director of National Intelligence Dan Coats said that Russia is continuing to pursue its efforts to interfere in the US political system and said President Donald Trump has "specifically directed" the US intelligence community to make countering election interference a top priority.

After watching that briefing, I have no doubt that the intelligence community takes this threat seriously — four, count them, four heads of intelligence and counterintelligence services, including a cabinet secretary, telling the press what the issues are and how they are working to protect us from them.  On the other hand, the first question asked about Trump's discounting his own intelligence on the subject.  That's the consistent theme in CNN's reporting, the conflict between the two views.

That leads me to the first commentary on the briefing, Anderson Cooper: This is a tale of two White Houses, who puts the situation in context.

A handful of top US national security officials said that Russia is continuing to pursue its efforts to interfere in the US political system and President Donald Trump has directed them to make countering election interference a top priority.

CNN's Don Lemon walks through President Trump's contradictions with his own administration on Russia's interference in the 2016 election.

Normally, I'd stop here, as this was the most viewed clip on YouTube about this issue, but CNN continued in the morning with Trump and his administration clash over Russia threat, which had the best video description of the lot, so here it is.

The nation's top national security officials came together to warn of a pervasive Russian effort to undermine US democracy at a White House press briefing. Hours later, President Donald Trump called the threat a “Russian hoax,” directly contradicting his administration.

I told you, the CNN reporting on this story has been very consistent.  I'm pretty sure it will stay that way beyond the news cycle.

I plan on having more installments of this story in later this month, including ones on Russian infiltration of the NRA and the latest on Robert Mueller's investigation of collusion and interference during the 2016 election.  Stay tuned.

*James Howard Kunstler has ridiculed CNN on his blog at least twice recently, first in Twelve Ham Sandwiches with Russian Dressing and again in Light It Up.  In both cases, I recommended that he also target Vox, PBS, and The Hill, who also reported on Russian interference in U.S. elections in my comments.  This time, I'm taking his advice to watch CNN.  I'll be sure to mention his influence on my choice of sources should he mock the idea of Russian meddling tomorrow or Friday.