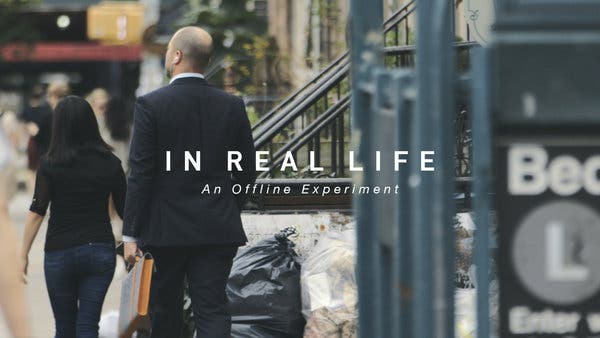 I concluded yesterday's oil and price report and driving update by telling my readers to "stay tuned for the last post of the month, which will continue the series about this year's Emmy nominees."  I'm following through by returning to the topic of last year's 'Love Has No Labels' and 'Women's March' among 2017 Emmy nominations for Outstanding Commercial by looking at the nominees for this year's Outstanding Commercial, starting with two public service announcements (PSAs).


In a plea for civility, the PSA asks "If this behavior is unacceptable in real life, why is it so normal online?"  My readers can find part of the answer by reading Who's hiding under the bridge of an online science article? and More on the science of trolling.  The other is that it shouldn't be.

The next PSA nominee is The Talk - My Black is Beautiful x P&G.

Follow over the jump for the truly commercial nominees in this category.

Working back up the alphabet from T is Tide Super Bowl Commercial 2018 It's a Tide Ad.

I've seen "Stranger Things" in Super Bowl ads before, but I can't recall seeing a better parody of them.

Next, I'm being a good environmentalist and recycling from Bill Nye, Neil deGrasse Tyson, and NASA all nominees at the 70th Emmy Awards with  "Earth: Shot On iPhone."

Our only home. Shot on iPhone through the lens of everyday users. Written and narrated by Carl Sagan, from the book, Pale Blue Dot — A Vision of the Human Future in Space.

I had the following reaction and made a promise when I first embedded this video in a post.

That's cool.  I'll discuss it and the other nominees for Outstanding Commercial, "Alexa Loses Her Voice," "In Real Life - Monica Lewinsky - Anti-Bullying," "It's A Tide Ad - Tide," and "The Talk - P&G - My Black Is Beautiful," in a future installment about the public service announcement entries among them.  Stay tuned.

As my readers can see, I'm keeping that promise, too.

I conclude with the commercial that I think will win, Alexa Loses Her Voice from Amazon, also a Super Bowl commercial.

We found some replacements. This should work.

That was hilarious, especially Anthony Hopkins.  He was equal parts charming and creepy, just as he was as Dr. Robert Ford in "Westworld."

That's all for August.  Stay tuned for the first post of September, which should post in four hours.