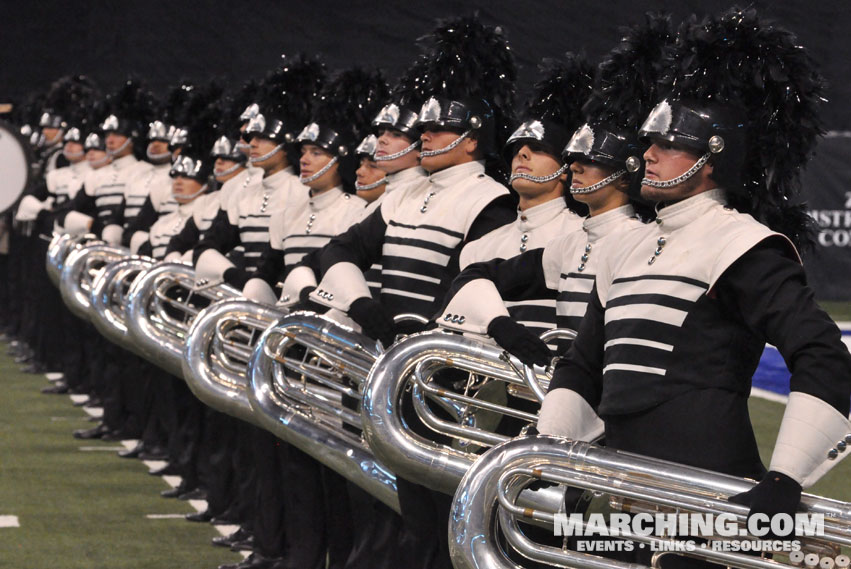 I begin with the 2013 Spartans of Nashua, New Hampshire, performing their 2013 program, Live Free!


"Live Free" happens to be part of the New Hampshire state motto, "Live Free or Die."  I think that's an appropriate thought for today.

Next, the Spartans referring to the Greek origins of their name in the corps' 2014 show, Olympus.


That's the most recent clip of a Spartans championship show performance on Drum Corps International's YouTube channel, so I'm going to change ensembles to feature.*  Now on to a marching music group from New Hampshire that more people have seen than the Spartans, the Londonderry High School Lancer Marching Band, who marched in the 2018 Rose Parade.  Here they are, performing their field show at Bandfest, as recorded by Music213.

It's a baseball show, so it includes music from "Field of Dreams," tying this show back to the Iowa Caucuses.

I conclude with Music213's video of them marching in the Rose Parade.

I hope my readers enjoyed all the performances I shared.  I also hope that "New Hampshire does a better job at counting the votes and picking the winner, survivors, and losers than Iowa did," as I wrote yesterday.

I plan on doing this again for Nevada on Saturday, February 22nd, and South Carolina on Tuesday, February 29th.  Nevada doesn't have any drum corps, so I'll feature marching bands, but South Carolina has Carolina Crown.  I'm looking forward to both and I hope my readers are, too.  In the meantime, stay tuned for a celebration of Darwin
Day tomorrow.

*There are unofficial clips of more recent performances, but sharing them might attract the attention of organizations who might ask YouTube to take them down, and official clips of older performance, but I want to save them for four years from now.  I'm an environmentalist.  I not only recycle, I conserve my resources.
Posted by Pinku-Sensei at 9:02 AM